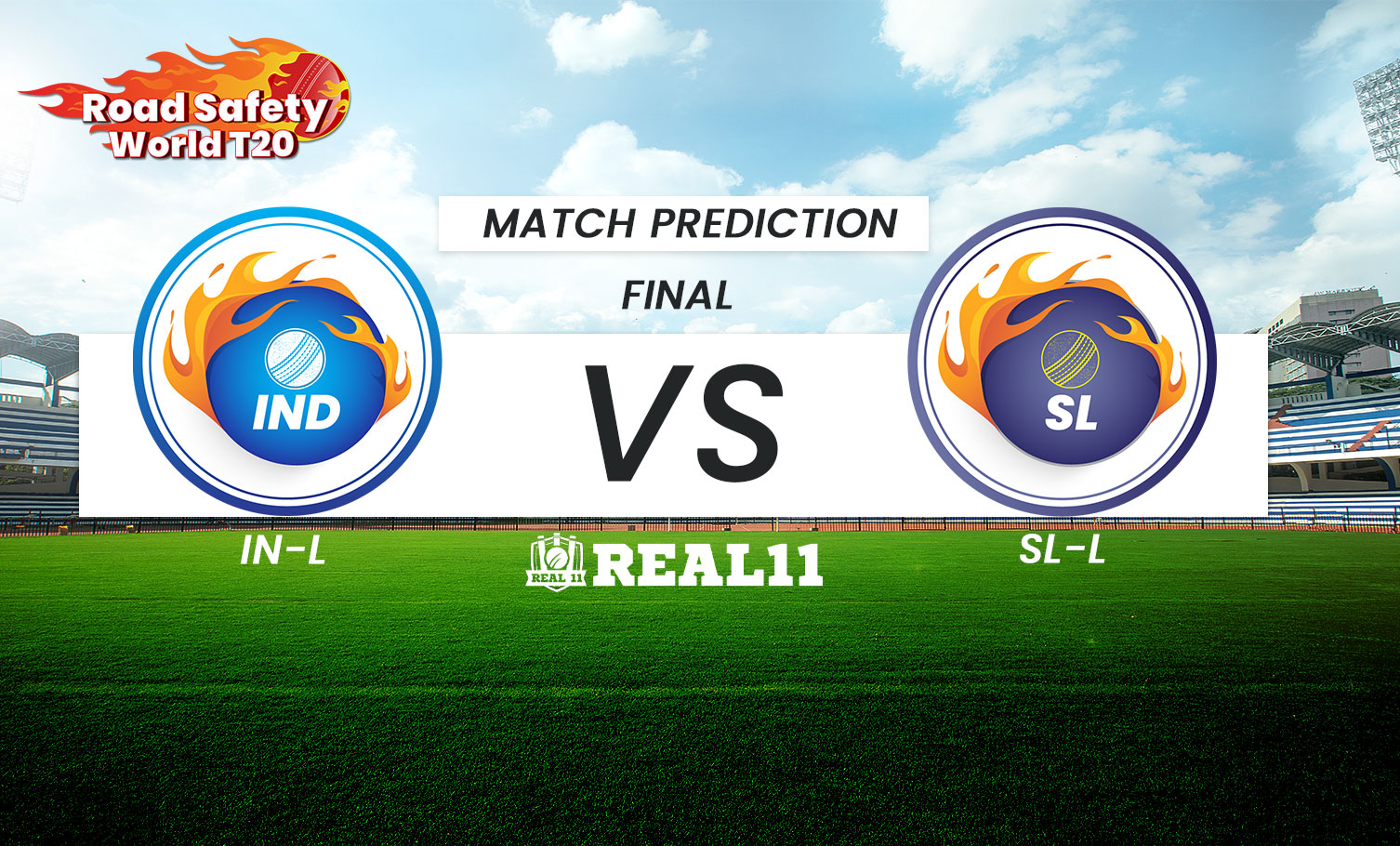 India Legends will lock horns with Sri Lanka Legends for the final match of this year’s Road Safety World T20. Sri Lanka defeated West Indies Legends in the Semi-Final to enter the ring with India. The two Asia Giants will now fight for the prestigious title.

India Legends are the reigning champions of the Road Safety World T20 tournament. Currently, they will focus on defending their crown. Team India played five matches out of which two were with no outcome. They were in the second spot of the league table and beat Australia Legends in the Semi-Final 1 to advance to the prime stage of the tournament. Naman Ojha and Stuart Binny are two major pillars of the Indian batting lineup along with the legendary skipper Sachin Tendulkar.

On the other side, the Sri Lankan team have shown their extreme dedication to the sport. They also played five matches and won four of them and another came as no result. They are undoubtedly the best performing group in this competition. They had beaten West Indies Legends in the Semi-Final 2 and will approach India Legends in the final battle of the tournament. Sri Lankan skipper Tillakaratne Dilshan is the third most run scorer in the league and is also holding the privilege of being the only player to cross the 100-run mark in this year’s tournament. Following him is his teammate Dilshan Munaweera who score 95 versus Australia Legends. They also have the strongest bowling lineup with Nuwan Kulasekara and Sanath Jayasuriya being the highest wicket-takers in the league. This match will be the best to watch as both the star-studded teams will fight with all they have to clinch the title.

The match will be played in Shaheed Veer Narayan Singh International Stadium, Raipur. The surface out here has been a good deck for batting. Scores above 170 have been chased here in recent matches so the batters have to work hard and settle for no less than 200.

Sri Lanka had been the best performing team in the tournament so far. But we can never rule out a team like India. A team which has won both their matches and missed three due to rain is neither their fault. Even the last year, they defeated Sri Lanka in the finale by 14 runs to lift the trophy. Thus we strongly back India Legends to win the final match and become the second consecutive champions in the League.