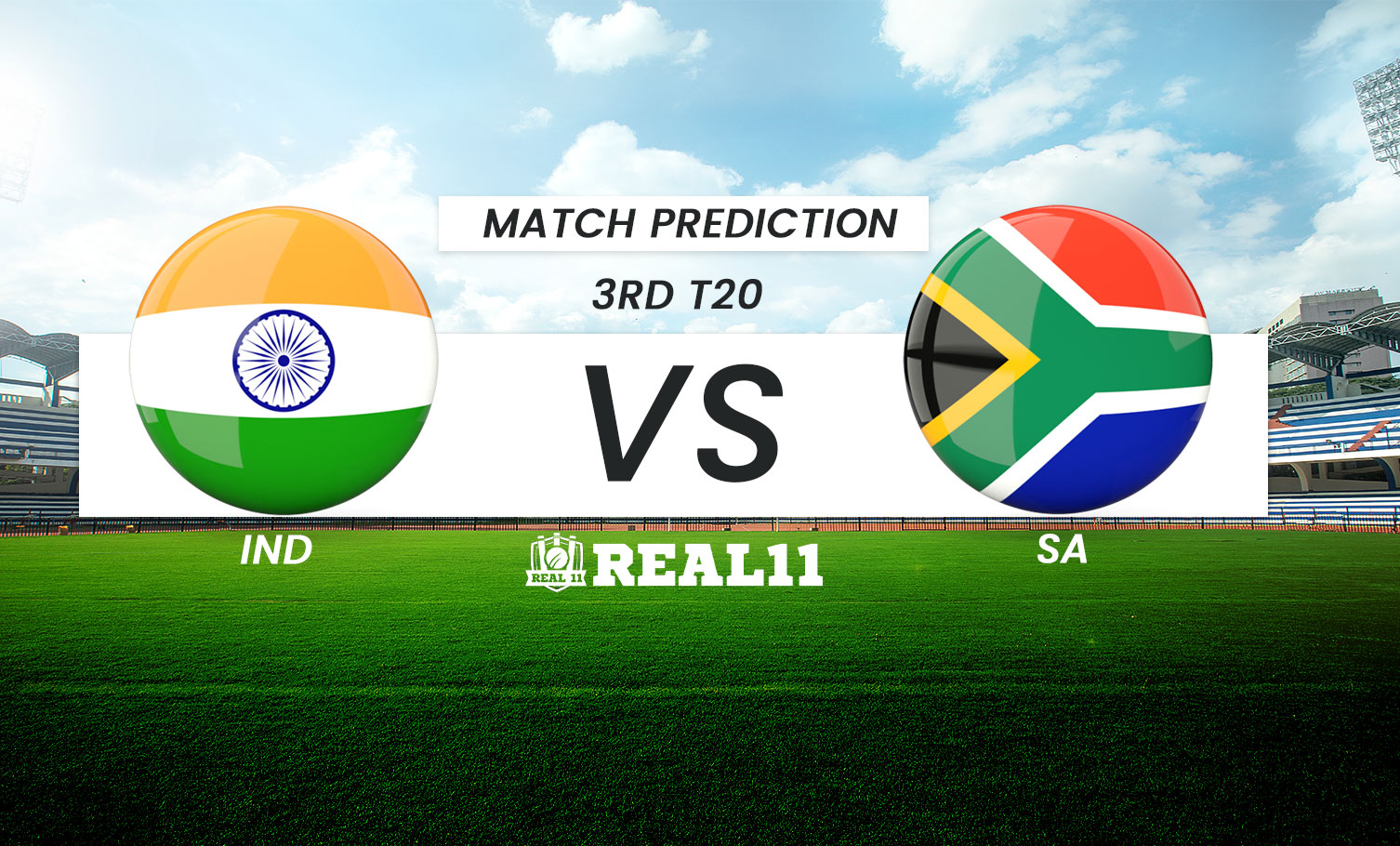 India will clash against South Africa for the 3rd and final match of the T20I series on Tuesday, October 4, 2022. The match is scheduled at the Holkar Cricket Stadium in Indore. India earned an unassailable lead by winning the second match and will be looking forward to whitewashing the opponents by snatching victory for the 3rd consecutive time.

India scored a staggering 237 runs in 20 overs while losing just three wickets. Virat Kohli and Rohit Sharma provided KL Rahul and Suryakumar Yadav excellent support as they each scored half-centuries. The pacers for the Proteas bowled at an economy rate of more than 12 runs per over and failed to grab a wicket.

While chasing, South Africa lost two wickets in the second over, and it appeared as though they could buckle under the strain. South Africa had 49 runs on the board with three wickets lost by the end of the seventh over. Quinton de Kock and David Miller completed the rest of the work for South Africa. The hard-hitting duo played an unbeaten partnership of 174 runs for the fourth wicket. In the end, Miller’s stunning century went in vain as South Africa lost the game by just 16 runs.

The pitch at the Holkar Stadium is known for providing assistance to the batters and the same surface might be expected for the final T20I encounter. The skipper winning the toss might want to bowl first and restrict the opposition on a low score before chasing it down.

Suryakumar Yadav: He has been the most effective Indian batter so far this season. With an average of 41.73 and a strike rate of 185.28 over playing 22 T20 Internationals, he has scored 793 runs, including one hundred and six fifties. He now has the most runs scored in T20Is by an Indian batter in a calendar year and is also the top-ranked Indian batsman in the World T20I rankings.

David Miller: The left-handed batsman from South Africa has stacked 106 runs in this series so far and can be impactful with his powerhitting skills as he demonstrated in the 2nd match of the series.

Axar Patel: He is in sublime form with the ball in hand. He picked 8 wickets in just 3 matches in the recently concluded series against Australia.

Keshav Maharaj: Keshav Maharaj saved the day against the Indian hitters in the previous game when the other bowlers were having trouble. He was the only bowler in that match to succeed in taking a wicket, taking two for 23 runs in four overs. He performed a similar role with the bat in the first game, contributing 41 runs to South Africa's 106-run total.

Deepak Chahar: He is a right-handed batsman and right-arm medium pacer from India. He has hunted 2 wickets in this series so far. He will be a valuable addition to the fantasy side for this match once again.

Quinton De Kock: He shared a similar scenario along with David Miller this year. Before the season's final game, de Kock had only managed to reach double digits three times in eight innings this year, and in none of those three innings had he reached more than 25 runs. He altered all of these statistics in the most recent game, scoring 69 runs off just 48 deliveries.

Deepak Chahar is our hot pick for this segment. One of India’s best pacers has been in sublime form against South Africa but has been more economical. He just needs some wickets to mark his importance in the team.

The way both teams are firing, it is tough to choose one of them. But looking to India’s overall dominance in the batting department from the top order, middle order and the finishers marks their performance slightly better than the Proteas. Thus we fancy them to win the 3rd match and seal the five-match T20I series.