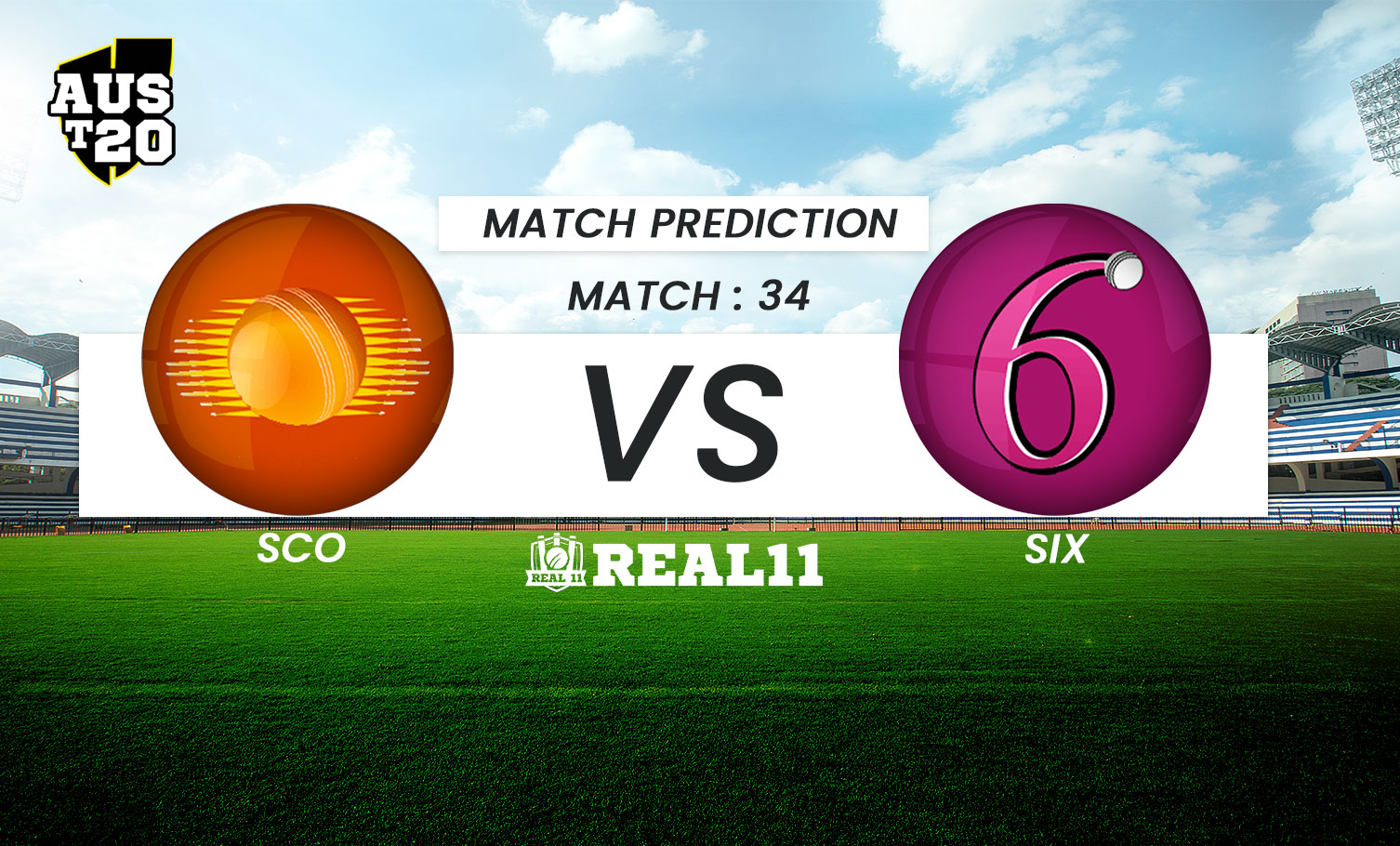 Scorchers and Sixers will lock horns in match 34 of the Aus T20 League 2021-22 at the Carrara Oval, Queensland on Tuesday . Scorchers will be riding high on confidence after a comprehensive 50 run win over Stars in their previous tie. Facing them will be Sixers who have been impressive this season. Their last game was washed off at Coffs Harbours due to constant rain.

Scorchers without a doubt are by far the most dominant team this year. They have shown great intent with bat right from the start of this edition. Kurtis Patterson, Colin Munro and Mitch Marsh have been consistent so far and have played a pivotal role in the supreme batting display.The bowling unit looks settled with Andrew Tye leading the charge. He has enjoyed great support from fellow Australian seamer Jason Beherendoff who has been excellent with the new ball. The spin duo of Ashton Agar and Peter Hatzalgou have been economical. Watch out for Mitchell Marsh. He is a proven game changer who brings immense value with his prowess as a quality all rounder.

Sixers will be looking to regain the top spot with a massive win. The defending champions have been on a roll. With 23 points in 8 games, the men in pink have to do the bare minimum to qualify for the next round. Batting looks potent with Vince, Phillipe, and Henriques in the mix. Hughes' return to form is also a positive sign for the Sixers. Bowling prowess is bolstered by the addition of Shadab Khan. Sean Abott and Ben Dwarshius are the two frontline seamers, bowling all rounder Hayden Kerr has made valuable contributions with the ball this season. So, overall Sixers possess depth and balance within their squad. With two evenly matched units taking on each other, expect a high octane clash.

The Carrara track will assist the batters with the ball anticipated to skid through under the lights. The pacers should look to get the ball to move during the initial passage of play. However there is nothing much on offer for the spinners. Wickets in hand will be the key, with both teams likely to prefer chasing upon winning the toss.

Scorchers are the stronger side on paper. They have great depth in their squad with a few T20 specialists who are capable to single handedly change the fate of the match. We predict Scorchers to edge past the reigning champs and emerge victorious.