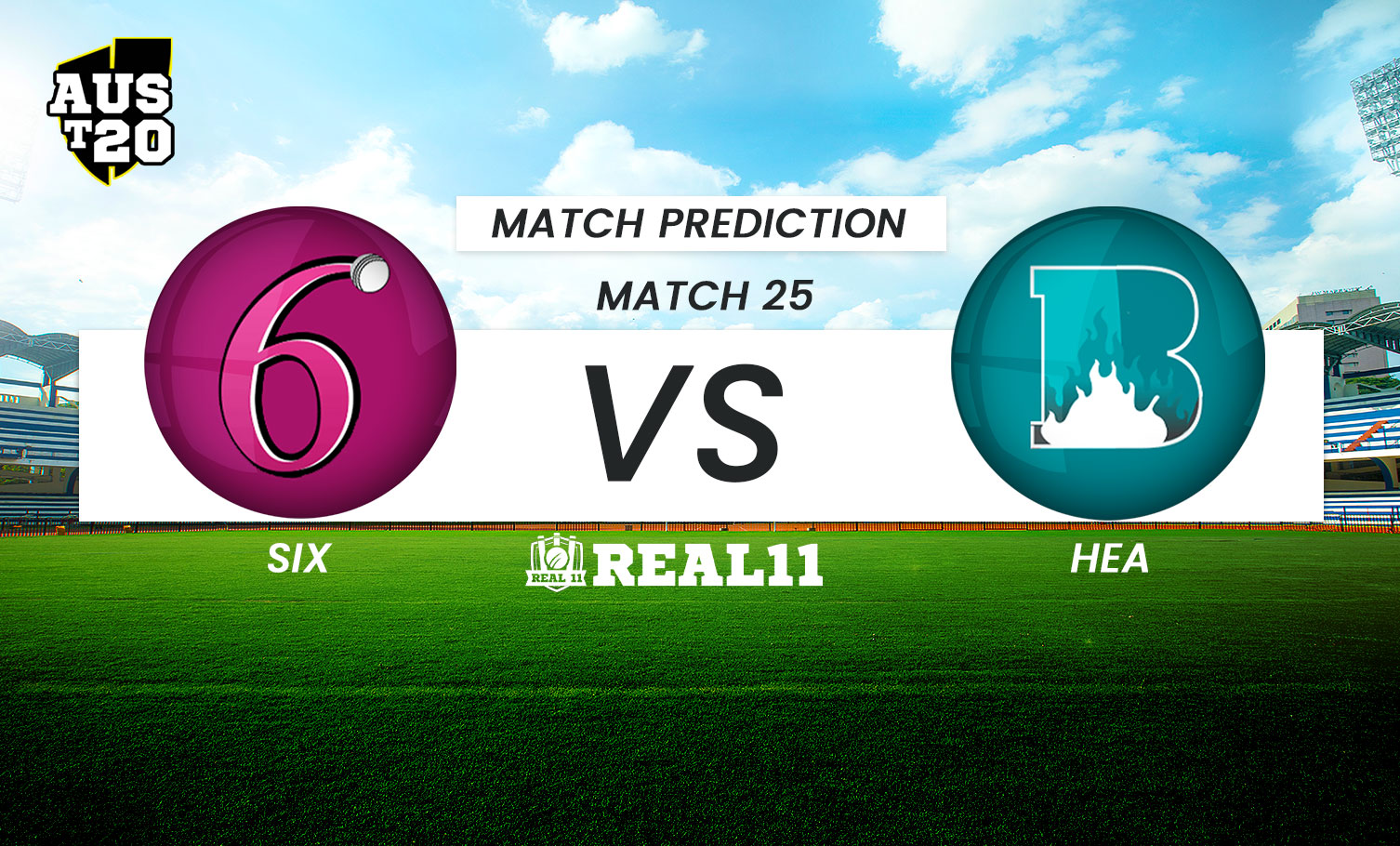 Sixers and Heat will face each other in match 25 of the Aus T20 league 2021. The former  posted 169 runs on the board against Thunders in their previous encounter and won the rain affected tie by 30 runs. Heat on the other hand lost their last fixture against Stars. Batting second, the men in blue were asked to chase 209 runs for a win. Pierson’s men were wrapped up at 186 runs and had to face 20 run defeat.

Sixers have been among the most consistent franchises of the T20 competition. Over the years, they have been persistent with their fearless brand of play. This year has been no different. They started their campaign on a commanding note with a 152 run win over the Stars followed by another victory against the Hurricanes before losing to them in the reverse fixture. James Vince, Josh Philippe, Daniel Hughes and Jordan Silk are the batters to watch out for. All rounder Mosises Henriques and Dan Christian have been impressive so far whereas bowling attack look potent with the likes of Sean Abott, Hayden Kerr and Ben Dwarshius. So, overall this Sydney side is a complete package with a formidable batting unit and an equally menacing bowling attack.

Erratic. That is one word which aptly describes Heat’s campaign so far. In their previous fixture against Stars, they started the game well, picking up three key wickets in quick succession but then were taken to the cleaners by the opposition batters. They failed to hold onto the crucial moments and as a result lost the game. Batting order has some of the biggest names in world cricket. Chris Lynn showed us a glimpse of his old self in the last game. Fans would look to see the explosive batter come to his very best in this game. Ben Duckett and Sam Heazlett are the other two batsmen to watch out for. Mark Stekette will lead the bowling charge for the men in blue. It would be interesting to see if Mujeeb Ur Rahman gets picked ahead of Swepson despite a woeful tournament so far. Ahead of this fascinating tie, let us have a look at how these squads fare out in the clash.

The pitch is expected to favour the batters. On winning the toss, batting first can prove to be a good option. Margin of error is very less for the bowlers, so they will need to be accurate with their line and lengths to extract something from the deck.

Heat don't possess enough depth in their bowling attack to take on the Sixers batters. We think they will have a tough time adjusting their line and lengths on this SCG track. Sixers are clear favourites to win this game.