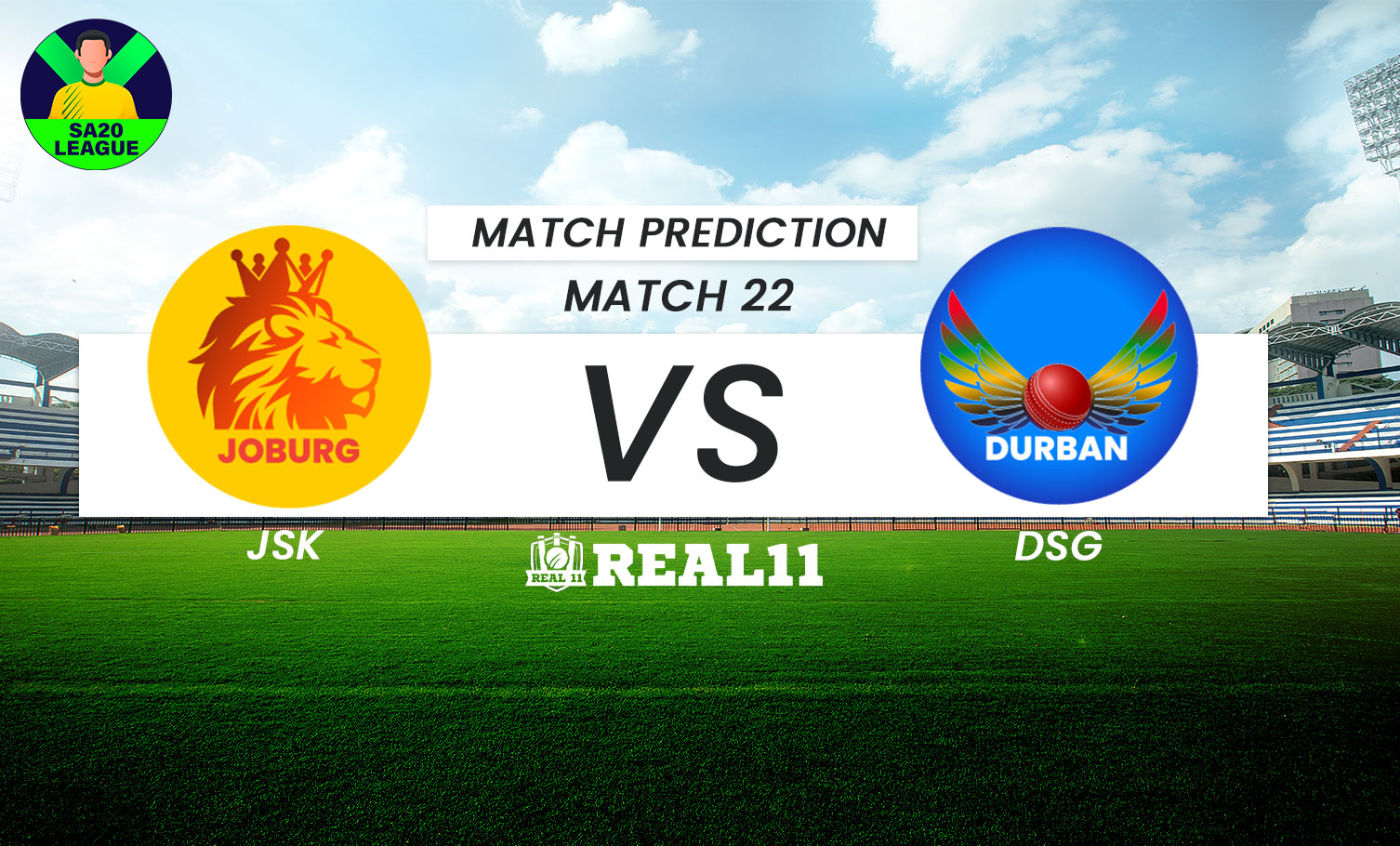 The match between JSK and DSG will be played for the second time in this league championship. The game is scheduled at The Wanderers Stadium in Johannesburg on Tuesday, January 24, 2023.

The South Africa T20 League is at its very best stage as of now. All teams are trying to win each and every match left in order to climb up the points ladder.

Both JSK and DSG have played six matches each, in which the Joberg side managed to win three matches and the Durban franchise won two of their games. JSK is currently sitting in the second last spot, while DSG is placed at the extreme bottom of the points table due to below-par performance.

DSG and JSK clashed in the 2nd match of the South Africa T20 League in which Joberg managed a victory by a 16-run margin. JSK while batting first posted 190 runs at the loss of 6 wickets. Skipper Faf Du Plessis managed to hold the top order when both the openers returned to the pavilion within just 3 overs. Later on their lower-order batters, specifically, the finishers took the charge. Donavon Ferreira remained unbeaten for a score of 82 runs off just 40 deliveries along with Romrio Shepherd who smashed 40 runs in just 20 balls to post a huge target in front of the Durban side. Only Prenelan Subrayen came out with two wickets. Keshav Maharaj picked up a single wicket but was quite economical with the ball.

In the second half of the game, Durban opener Kyle Mayers scored 39 balls along with skipper Quinton de Kock smashing 78 runs off just 52 balls but the middle and lower order batters failed to add to the total which led them to a 16-run loss against the Joburg side. Alzarri Joseph took two wickets in the process and Rezza Hendricks was very economical with his spell.

The ground at the Wanderers stadium has a good and balanced surface. At the beginning of the match, the pitch is going to support the pacers but as the game progresses it will be beneficial to the batters.

The weather on the matchday will be perfect to play cricket. The maximum and minimum temperatures will be 32 and 17 degrees Celsius with no signs of precipitation.

Both sides are not in good form and the game will depend on one or two crucial moments. JSK will be more confident than DSG, but they will be looking for revenge in this game. Reece Topley from the Durban side will surely be a player to look for in this game. It will be a close game and we expect JSK to win it.