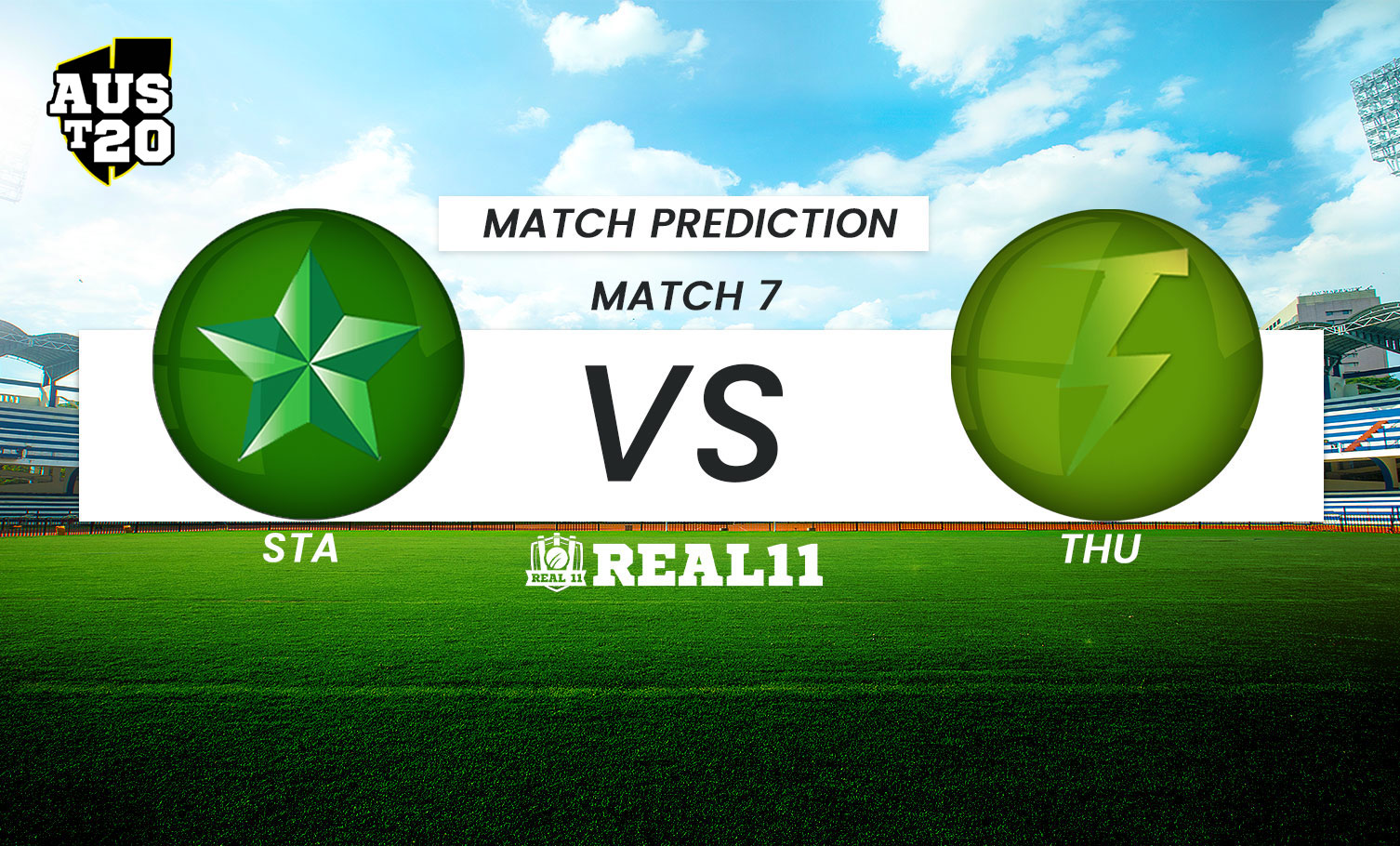 Stars will battle it out against Thunders in match number 7 of the Aus T20 League 2021 at the iconic Melbourne Cricket Ground on Friday, December 10. The two units have made contrasting starts to their respective campaigns. While Stars suffered a humiliating 152 run loss in their opening tie against reigning champions Sixers, Thunders thumped Brisbane to kickstart their campaign. Glen Maxwell’s men were below par in the first game and will look to put up a much improved show in the second game. Chris Green’s Thunders on the other hand played excellent all round cricket to open their account and will be keen to continue their good form.

Stars are too good of a side to be written off that easily. Despite the woeful start, Team Green have the necessary resources to bounce back in the tournament. With players like Zampa, Stoinis, and Maxwell in their ranks, the stars have a pretty formidable unit. Batting attack comprises the explosive duo of Joe Clarke and Marcus Stoinis at the top then the  dangerous Maxwell at three, followed by the exciting Larkin at five. It would be interesting to see if Andre Russell is available for this match or not. Bowling department has the services of Qais Ahmed, Nathan Coulter Nile and Adam Zampa who are more than capable to rip through any opposition’s batting unit. So, overall Stars have a good side and you can expect them to come hard in today’s clash.

Thunders were never really threatened by Heat in their opening fixture. The bowlers chipped in with regular wickets to never let the total get out of hand while the batsmen recovered well from poor start to clinch the maiden victory. Batting looks potent with Alex Hales, Whiteman and Billings in the setup. Bowling did exceptionally well in the last match and Green would be expecting more of the same from them. Nathan McAndrew, Jason Sangha and Gurindher Sandhu are the bowlers to watch out for. Ahead of this intriguing fixture, let us have a look at how these two sides will fare out in today’s clash.

The track hasn’t been generous to batters. It’s hard to score runs and batsmen need to show application to score runs on this surface. With the dimension of the ground on the larger side, spinners can come in handy during the middle overs. The team winning the toss should look to bowl first as the pacers can also extract some help from the deck during the initial phase.

Expect an evenly matched contest between bat and ball. Both teams possess great quality in their lineup. Thunders will be coming into this game with a lot of confidence, Stars on the other hand will look to open their win tally. Melbourne are a batsmen short in their current avatar, and that could prove to be the difference in today’s clash. We fancy Thunders to win this game.