The Hundred, Eliminator- MNR vs LNS Preview and Fantasy Prediction 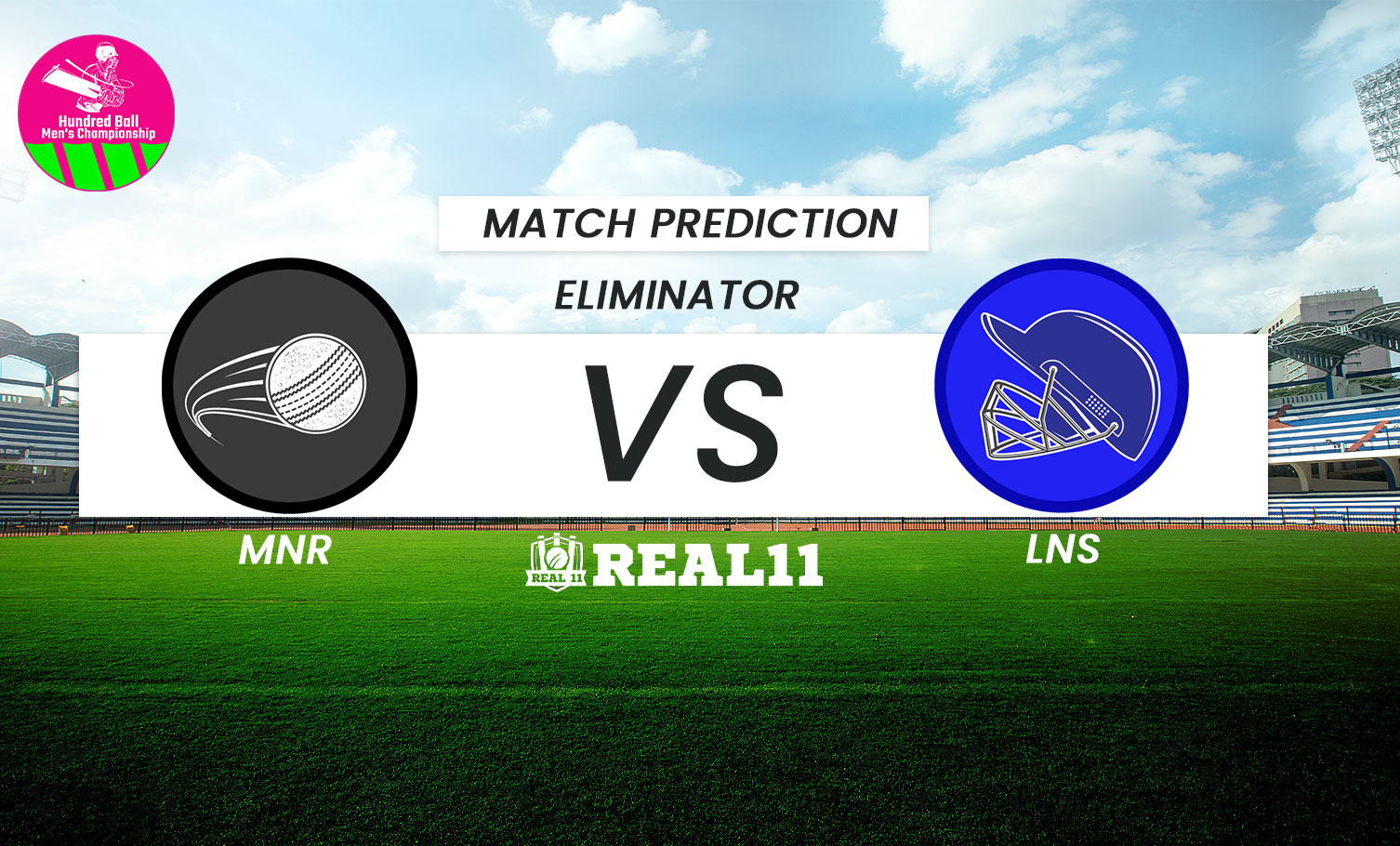 MNR will cross swords with LNS in the eliminator round of the ongoing Men’s Hundred Tournament 2022. The winner of this elimination round will play TRT in the finals on September 3, 2022. The match is scheduled at The Rose Bowl, Southampton on Friday, 2nd September. Now it’s up to the final blow in the knockout stage before the prestigious tournament gets ready for the ultimate fight for the eminent silverware.

If accelerating at the right time needs an example then MNR shall be the perfect example. After losing the first three consecutive matches of the tournament, the Manchester-based franchise went on a rage to win the next five matches and climb up to the second spot to fight for the finals. In their last match against OVI, the latter scored only 143 runs while batting first. Joshua Little stole the show by taking a fifer in the match. He threw away only 13 runs along with 13 dots out of 20 balls which is a quite rare scene in a power-packed tournament like The Men’s Hundred. The leader from the batting side was Wayne Madsen who played an undefeated knock of 53 runs off 39 balls to power MNR to win the match and cruise to the Eliminators.

On the other side, the Eon Morgan-led side have been struggling in the last few matches. LNS got a good headstart with four back-to-back wins in the first four games. Then they witnessed a downward graph and lost three out of the last four matches but managed to qualify for the eliminators. In the previous match, LNS while batting first, scored a total of 139 runs against BPH. Ben McDermott scored 36 runs off 29 balls and Ravi Bopara gave a smooth finish scoring 45 off just 20 balls. While bowling, the London-based franchise displayed their glorious bowling lineup with Mason Crane scalping the highest (four wickets). Liam Dawson and Jordan Thompson also designated their support by picking three and two wickets respectively. But ultimately all went in vain for LNS, as Matthew Wade scored a whooping 81 runs off just 42 deliveries to fast forward the run chase and help BPH to get their fourth win of the season.

Although LNS and BPH were sharing the same wins and game points, LNS managed to get to the eliminator because of their higher net run rate.

The pitch at The Rose Bowl, Southampton is a good batting track with high scores being drafted here on a consistent basis. The pitch has an average of 175 runs in the first innings. Also, spinners will get good turns as the game progresses. The skipper winning the toss will surely look for batting first to post a good target and take the help of the pitch condition in the second innings to restrict the score.

MNR is expected to win this match as look as the more composed side who have quite well-coordinated players and are also on a five-match winning streak. LNS is struggling at the moment to find the rhythm and in such a crucial position MNR looks to be the dream team to win this match and fly to the Finals of The Men’s Hundred Tournament 2022.