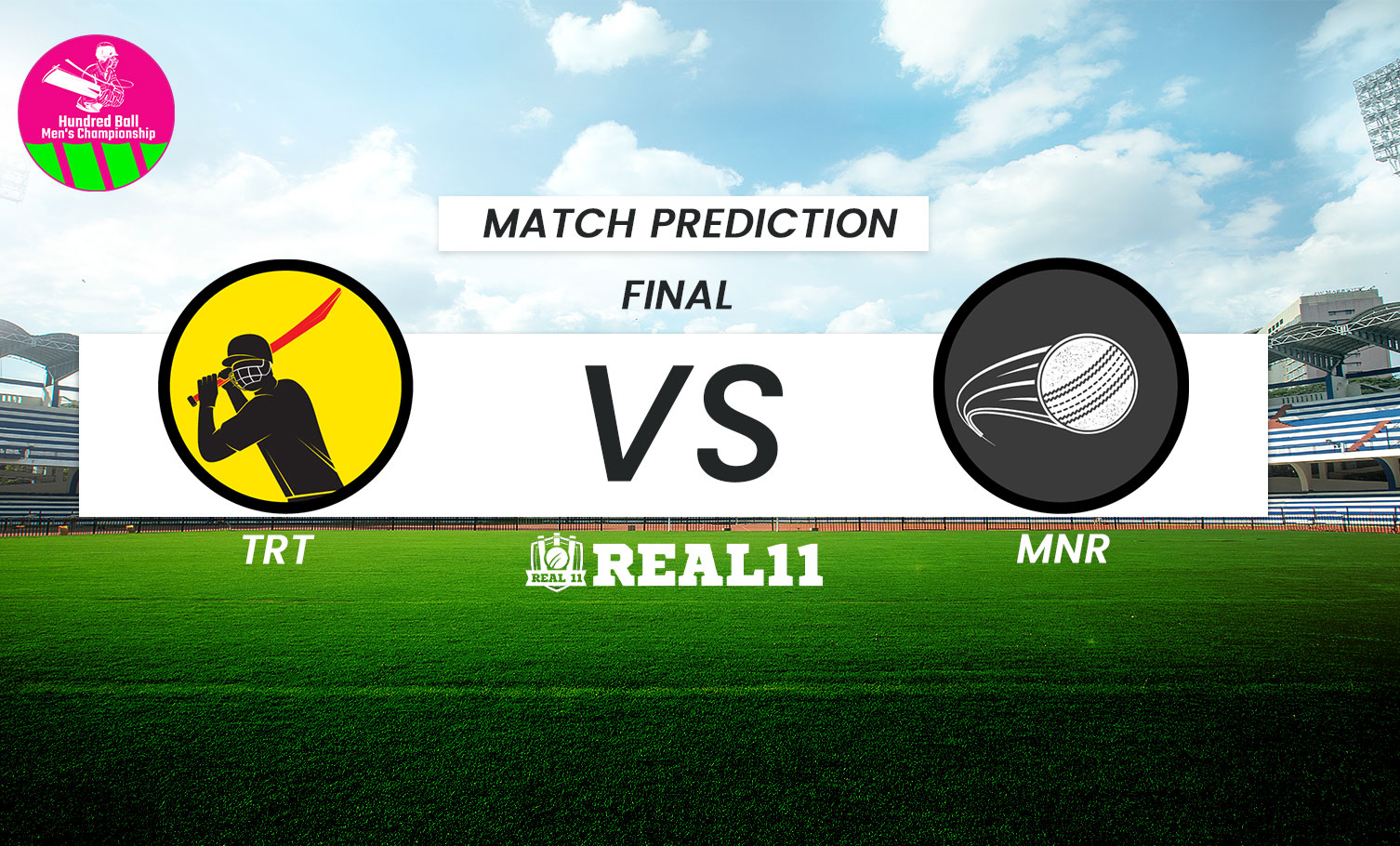 TRT will lock horns with MNR in The Men’s Hundred Tournament finals. The match is scheduled at the Lord’s Cricket Ground in London on Saturday, September 3rd.

TRT was the first team to reach the finals. The Trent-based franchise topped the league chart with six wins in eight games and won their direct ticket to the finals. TRT faced WEF in their last encounter and defeated them by 29 runs. Dawid Malan, Alex Hales and Daniel Sams showcased their excellent skills in batting. Malan scored 58 runs in just 37 balls to provide the team with a perfect start. Hales assisted him from the other side and fetched 38 important runs. Daniel Sams stole the climax as he smashed 31 runs off just 14 balls to add to a total of 172 runs. Later the bowlers worked on their plans to restrict the run chase to just 143 runs. Sam Cook, Samit Patel and Tabraiz Shamsi picked two wickets each to finish the match and cruise to the finals.

MNR is the star of the tournament even if they fail to win the final match against TRT. MNR taught a big lesson that we should never lose hope in any situation and face it till the end. MNR won five out of eight matches to reach the final stage. They were a big loser in the inaugural matches of the tournament. The Manchester-based franchise had its worst start of the season as they lost back-to-back three matches. But it was not the ending, they fought back really well and won all the five remaining matches to reach this stage. They defeated LNS by 5 wickets in the eliminator to reach the ultimate stage. Paul Walter led the bowling attack with his three-wicket haul. Matthew Parkinson and Joshua Little also displayed their skills as they picked a couple of wickets each to restrict the total to 150 runs. Chasing was never a problem for the Manchester-based team, Philip Salt was outstanding during the whole tournament and captain Laurie Evans took the responsibility for a quick finish. Evans scored a whooping 72 runs off just 34 balls and ended the match in just 89 balls.

It will be an absolute treat for the fans to watch such a phenomenal battle, as both the teams put on their blood, sweat and tears to get into this position.

The Lord’s London is a very fine pitch for batsmen and bowlers will also get an advantage in the second innings of the game. The average score is expected to be 170+. The skipper winning the toss might choose to bat first and post a good score for chasing.

There is no doubt that TRT and MNR both have equal chances of winning the prestigious silverware. But MNR stays in a slightly higher position in terms of confidence. They fought really well in this tournament and worked as a team to achieve this success. We fancy MNR to win this match and lift the trophy of The Men’s Hundred 2022.