The Hundred, Match 1- SOB vs WEF Preview and Fantasy Prediction 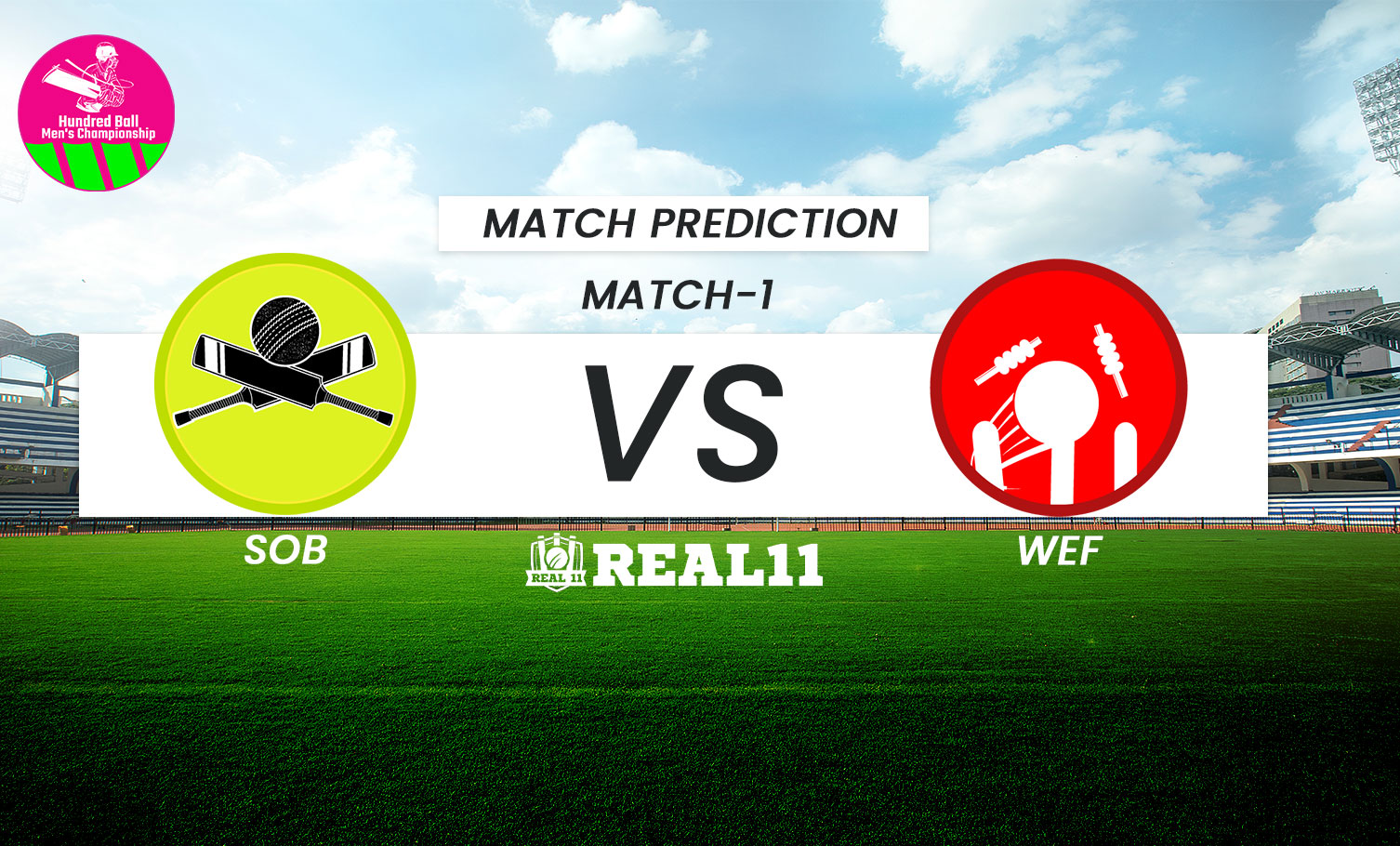 Defending Champions SOB will lock horns with WEF in the opening match of the second edition of The Hundred Ball Men’s on Wednesday, August 3. The power-packed action will take place at the Rose Bowl in Southampton. A total of 34 games will be played in this tournament to determine the winner.

SOB beat BIP last season in the final to win the inaugural championship. They finished at the second spot on the leaderboard with five wins from eight games.

In the meantime, WEF had a difficult time last season, they managed to finish seventh among the eight teams in the league. They failed to qualify for the knockouts losing five out of eight games.

Also this year, SOB will be looking forward to defending its title by playing outstanding cricket. WEF will also try to learn from their last season and try to thrive better. They will definitely try to get over the defending champions in the first game to make clear their intentions this season.

The two teams clashed twice last season and shared the wins. WEF won the first game by 18 runs, while SOB set down an eight-wicket win in the second.

The Hundred Ball Men’s is the perfect stage for domestic cricket players to show their talent before the World. In spite of such a great arrangement, some of the international players will miss this game due to Nation’s call, their participation could be really important for a positive outcome for the teams.

The first player to miss the prestigious English league is WEF’s captain Jonny Bairstow, although his reason for not playing was a hectic schedule. Also, David Miller is unavailable, as he is leading South Africa against Ireland in a two-match T20I series.

Thereafter SOB will also miss the services of Proteas opener Quinton de Kock, who is also busy with Miller’s squad for the Ireland T20Is series. England pace sensation Jofra Archer is also missing the tournament due to injury.

The pitch at Southampton is well balanced for both batting and bowling departments in T20I cricket. The average score in the previous four matches of The Hundred Ball Men’s here is 140. So, probably the captain winning the toss and electing to chase has a better chance of winning.

SOB is looking as a more complete side and also riding on confidence as they are the defending champions. Hence we are backing them for winning the inaugural game of the tournament.