The Hundred, Match 14- OVI vs SOB Preview and Fantasy Prediction 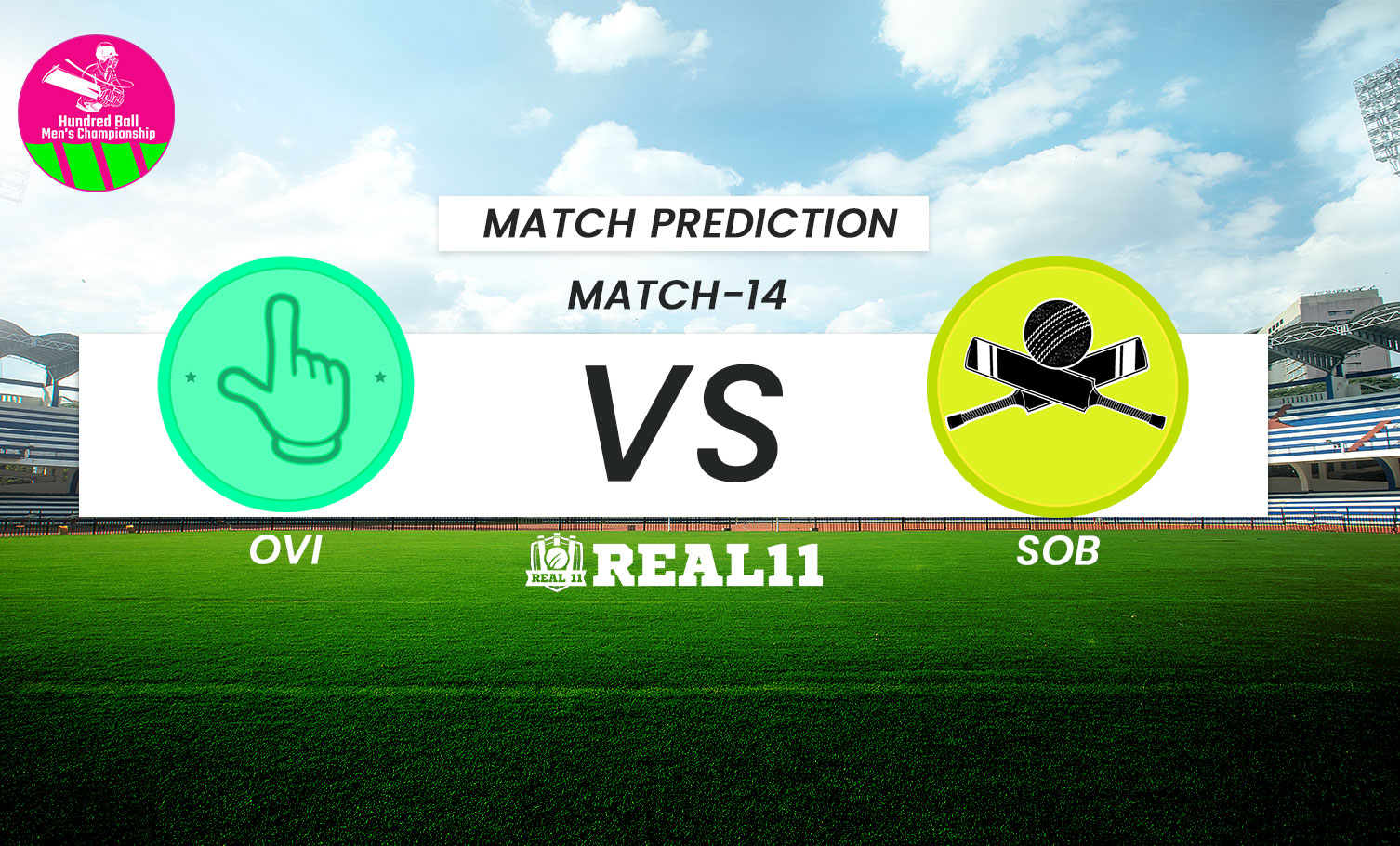 OVI will lock horns with SOB for the 14th match of the Men’s Hundred 2022 tournament. The match is scheduled to take place at the Kennington Oval in London.

OVI led by Jason Roy has won two out of three matches so far and are sitting in the second spot in the league table. They are coming off a nail-biting finish against the NOS in their last match fixture. While batting first NOS drafted a whopping 157 runs on the board. Adam Lyth topped the chart with 79 runs off just 33 balls. Only Sunil Narine’s performance outclassed from other bowlers as he took 4 wickets in 20 balls giving away only 11 runs. Later Jordan Cox and Sam Curran took over the charge for OVI. They both smashed 48 and 61 runs respectively to win the match with three balls to spare. Only Dwayne Bravo from NOS took a couple of wickets, the rest picked one wicket each. After a great finish in the previous game, OVI will be riding high on confidence ahead of this match.

On the other hand, SOB has faced two back-to-back losses after starting the league tournament with a win. The team led by James Vince has been totally confused in this league and has failed to put on a complete show with the bat and the ball despite having some champion players in their line-up. In their previous game against LNS, they faced a defeat by just nine runs. While batting first, LNS batters Maxwell and Drummond put on a show of 34 and 46 runs respectively. The Indies giant Pollard joined the party and added finishing 26 runs to make a total of 147 to chase. Later on, SOB batters started the run chase and captain Vince was bowled out by Maxwell for a golden duck. What can be more shocking is that no batsman made a good partnership to keep the chase alive. Only Alex Davies and Ross Whiteley’s crucial knocks of 36 and 52 runs kept a slight ray of hope. But after Whiteley went off, again there was a quick fall of wickets and the SOB team was down to 138 for 7 in 100 balls to lose the game by just 9 runs. Jordan Thompson scalped two wickets among other bowlers who took one apiece for LNS except for Nathan Ellis.

The pitch at The Kennington Oval has been a high-scoring venue so far in this tournament. There already have been two breathtaking thrillers on this field. The captain winning the toss may look forward to chasing down the target as the pitch remains flat in the second innings too.

OVI is a good squad with confident players and a bunch of match winners. They are also riding high on confidence after their latest win. And it can be predicted that they will continue their winning streak by defeating SOB in this match.