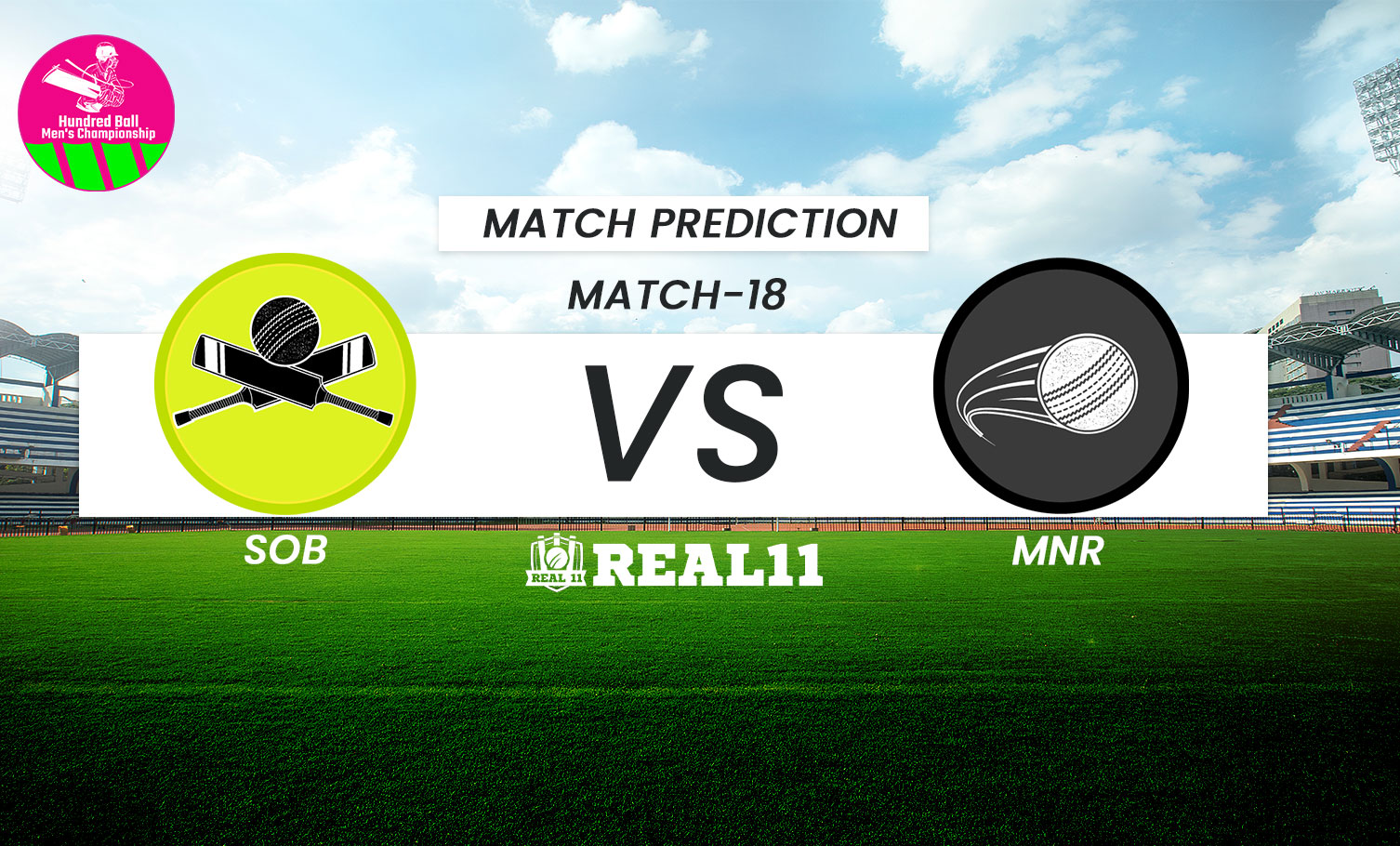 SOB will lock horns with MNR for the 18th match of the Men’s Hundred Competition 2022 at the Rose Bowl in Southampton on Thursday, August 18.

Previously SOB has suffered their third defeat of the season against OVI by 7 wickets and this counts to their third defeat of the season so far. While batting first, SOB scored a total of 137 runs with Aussie all-rounder Marcus Stoinis scoring the highest 37 runs with the bat and Tim David assisted him with 22 runs off 17 balls. But all that went to vain as Will Jacks smashed an amazing ton for OVI to power his team to the victory line with 18 runs remaining in hand.

On the other side, MNR successfully registered their first win of the season in the last fixture after losing consecutive three matches. MNR defeated WEF by 47 runs, as Philip Salt scored 38 runs off 22 balls and jos Buttler smashed 29 runs off 17 balls to power the innings. The expert Aussie pacer Sean Abbott ended his poor form with a four wicket haul while conceding just eight runs for his team.

The pitch at the Rose Bowl is a well balanced surface for both the batters and the bowlers in white ball cricket. In the only two matches held at this ground in this season of The Men’s Hundred had seen a hefty number of wickets from the seam bowlers. The average score in the first innings is expected to be 140 runs.

Both SOB and MNR have only two points from their overall four matches played so far this season. It’s tough to choose a winner, but looking into the current form of players analysing their performances from the last match, we fancy MNR to win this duel.