The Hundred, Match 22- WEF vs SOB Preview and Fantasy Prediction 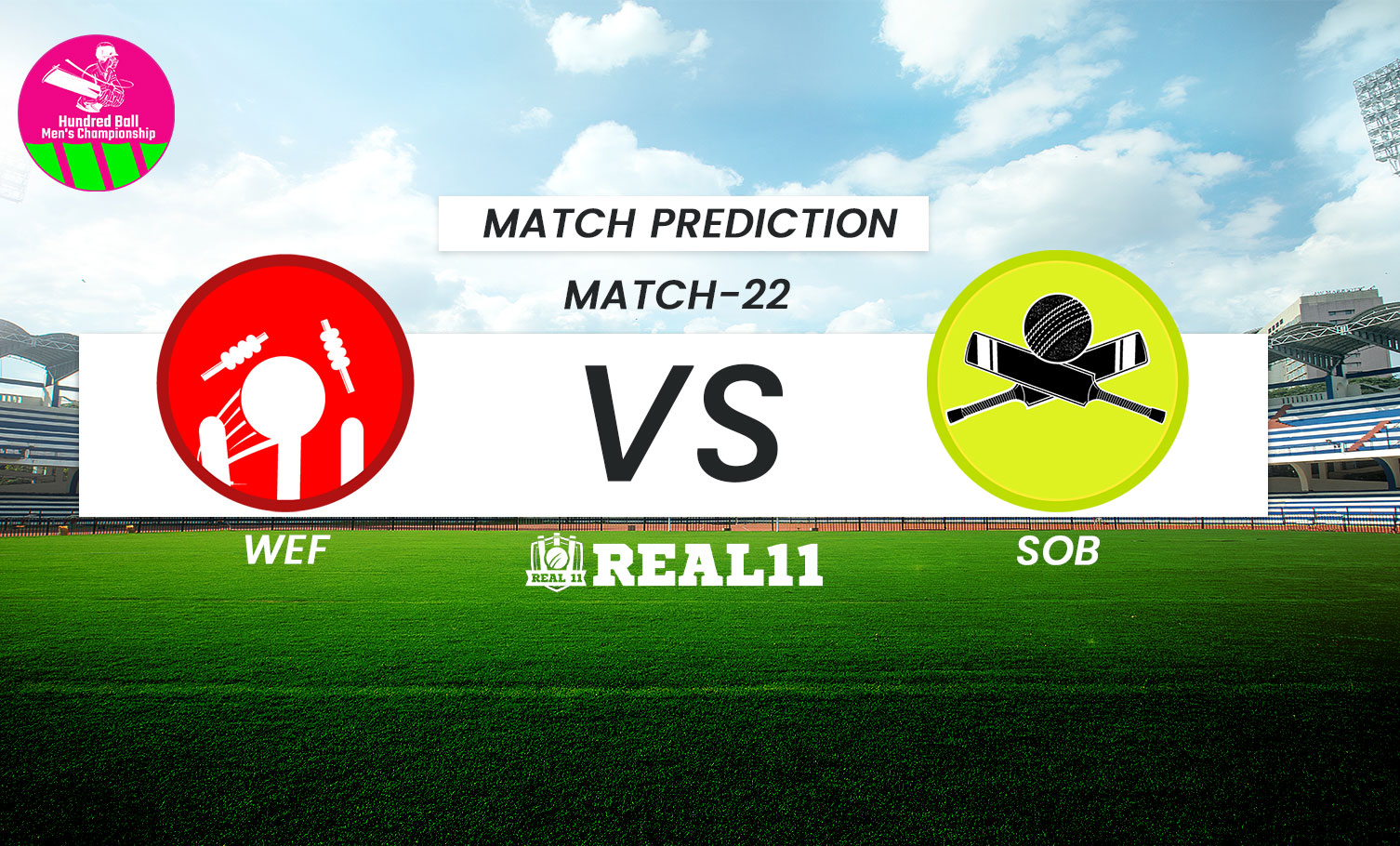 WEF will face SOB in the 22nd match of The Men’s Hundred competition on Monday, August 22. Both teams will clash at the Sophia Gardens, Cardiff. WEF is yet to register their first win with already four games played so far and are at the very last of the points table. While SOB has won only once in five games and are just one spot above WEF on the league chart.

WEF lost their last game against MNR by 47 runs while chasing a target of 150 runs. They were all out in just 89 balls and all the credit goes to Sean Abbott, who scalped four wickets while giving away just eight runs. On the other side, SOB also faced a huge defeat of 68 runs against the same rival MNR by a 62 runs margin and failed to chase the target of 189 runs.

Sophia Gardens is not precisely a batting pitch as the ball generally doesn't come to the bat very often. The two games played on this pitch have witnessed the team batting first as the winners and the average score was 140 runs.

We fancy WEF to win this match against SOB and taste their first win of the Men’s Hundred tournament.