The Hundred, Match 23- OVI vs BPH Preview and Fantasy Prediction 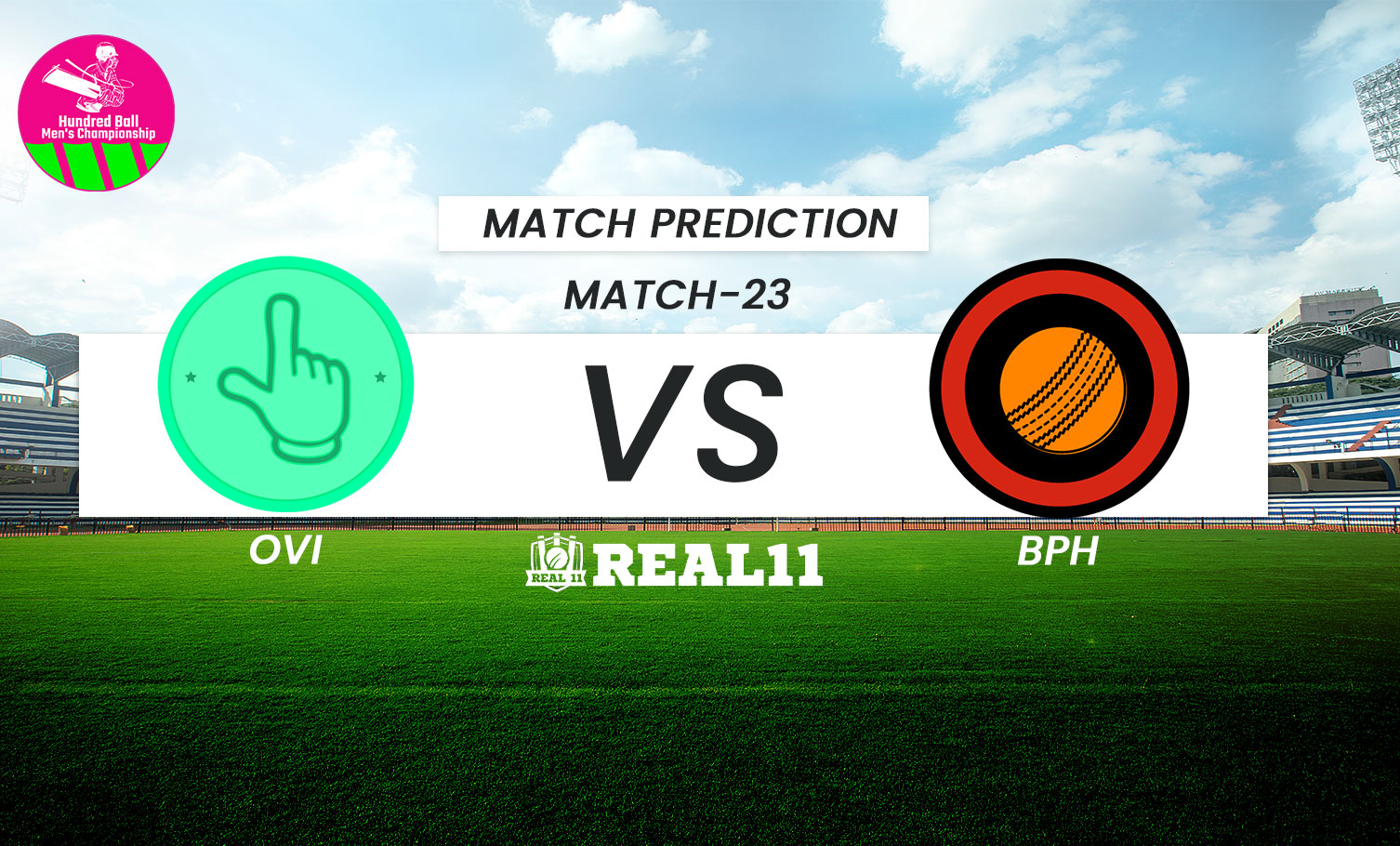 OVI will be hosting BPH for the 23d match of the Men’s Hundred tournament on Tuesday, August 23. The match will take place at the Kennington Oval in London.

OVI lost their last game against TRT by 25 runs and has till now won 3 out of 5 matches so far. While batting first, TRT scored 181 runs and Mohammad Hasnain took two wickets to help the chasing side. But OVI failed to chase the total as nobody other than Jordan Cox was successful to bat on the crease. Cox played an unbeaten knock of 61 runs in 33 balls but fell short of 25 runs, in the end, to lose the match.

On the other hand, BPH also tasted their second defeat of the season against NOS in their previous match. Skipper Moeen Ali and Kane Richardson scalped a couple of wickets each, but still, the rivals managed to score a huge total of 170 runs while batting first. While chasing the target, Miles Hammond topped the chart from his team with 31 runs from 27 balls, managing to score only 137 runs in 100 balls and failing to reach the total by 32 runs.

The pitch at Kennington Oval is a well-balanced pitch for both the batters and the bowlers as seen in the past Men’s Hundred matches held here. The average score for the last eight matches is 130 runs. But teams are consistently crossing the 150-run mark in this edition of the tournament. We can expect a high-scoring encounter from the batters' front as they are in good form.

BPH won the only match played against OVI last season and are the favourites to win again on Tuesday.