The Hundred, Match 29- TRT vs WEF Preview and Fantasy Prediction 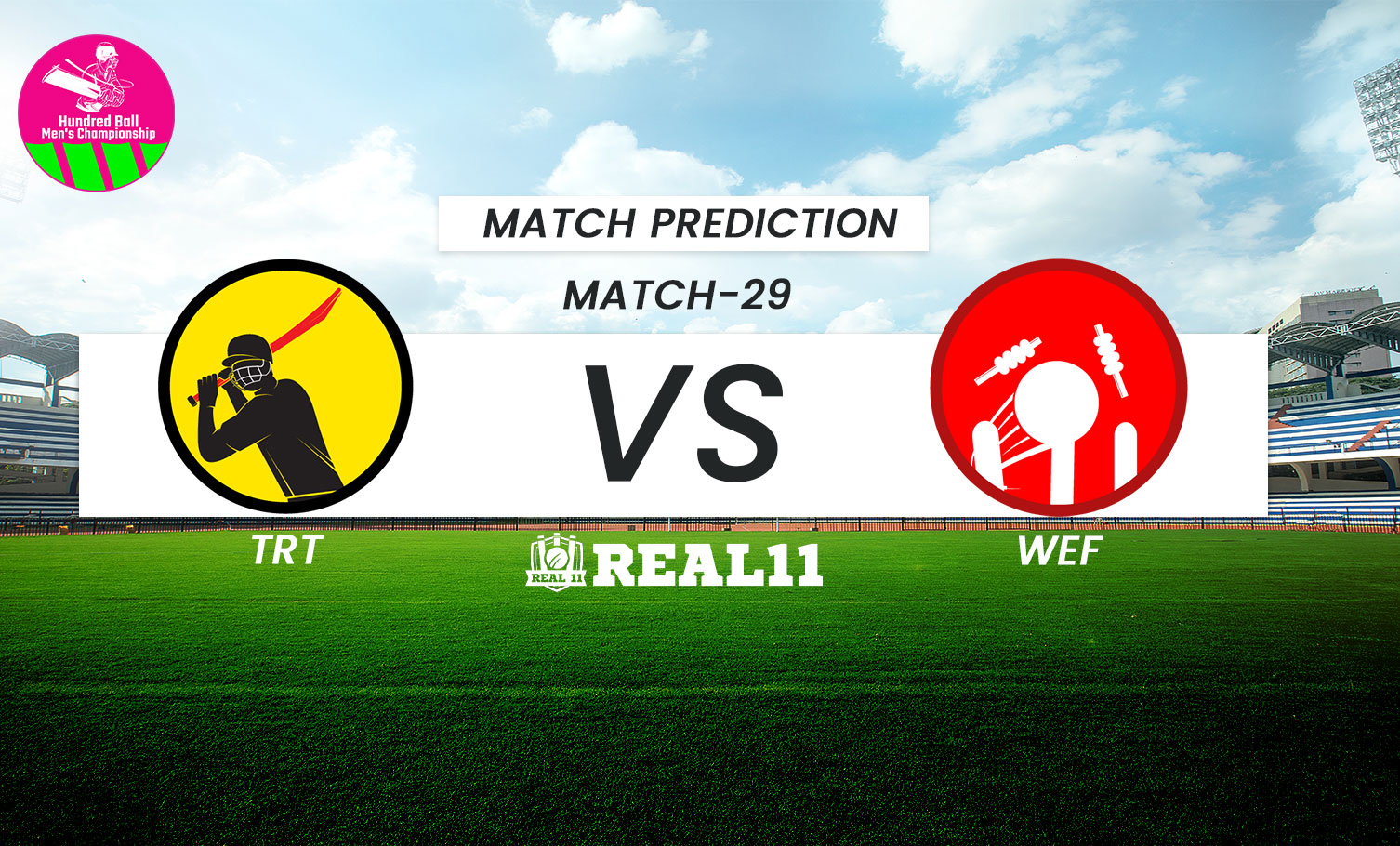 TRT will cross swords with WEF in the 29th match of The Hundred Men’s 2022 Tournament at TrentBridge in Nottingham on Monday, August 29.

TRT played their last game against SOB in which they lost the match but still are strongly holding the first position on the leaderboard with 10 points in 7 matches. TRT posted 138 runs on the scoreboard while batting first against SOB in the last game. David Malan topped the chart by scoring 59 off 41 balls. Later SOB chased the target quite easily with Alex Davies’ unbeaten knock of 51 runs off 43 balls. TRT bowlers failed to execute their plans on the field. SOB took that opportunity to chase down the target with six wickets and five balls remaining in hand.

WEF haven’t won a single match this season of the Men’s Hundred Tournament, 2022. They suffered their seventh straight defeat against NOS in their previous match. WEF posted 114 runs with a loss of 4 wickets while batting first. Their top order failed miserably, only Ben Duckett fought till the end and scored a well-deserved 64 runs off 48 balls. The runs were definitely not enough for giving a fight. NOS openers, Adam Lyth and Faf du Plessis scored 47 and 34 runs respectively which added to most of the target. Ace spinner Ish Sodhi managed to pick two wickets but WEF still lost the match by 6 wickets and 9 balls remaining.

The pitch at Trent Bridge is equally balanced for both the batting and bowling departments for white ball cricket. The team chasing the target have won five out of eight matches in this season of the Men’s Hundred Tournament. The average of the first innings is 147 runs.

TRT is a quality team with in-form players and have won five out of seven matches so far. WEF have struggled to get even a single win this season and will be facing the best team in this edition of the Men’s Hundred Tournament. We fancy TRT to get an easy win in this match.