The Hundred, Match 31- NOS vs SOB Preview and Fantasy Prediction 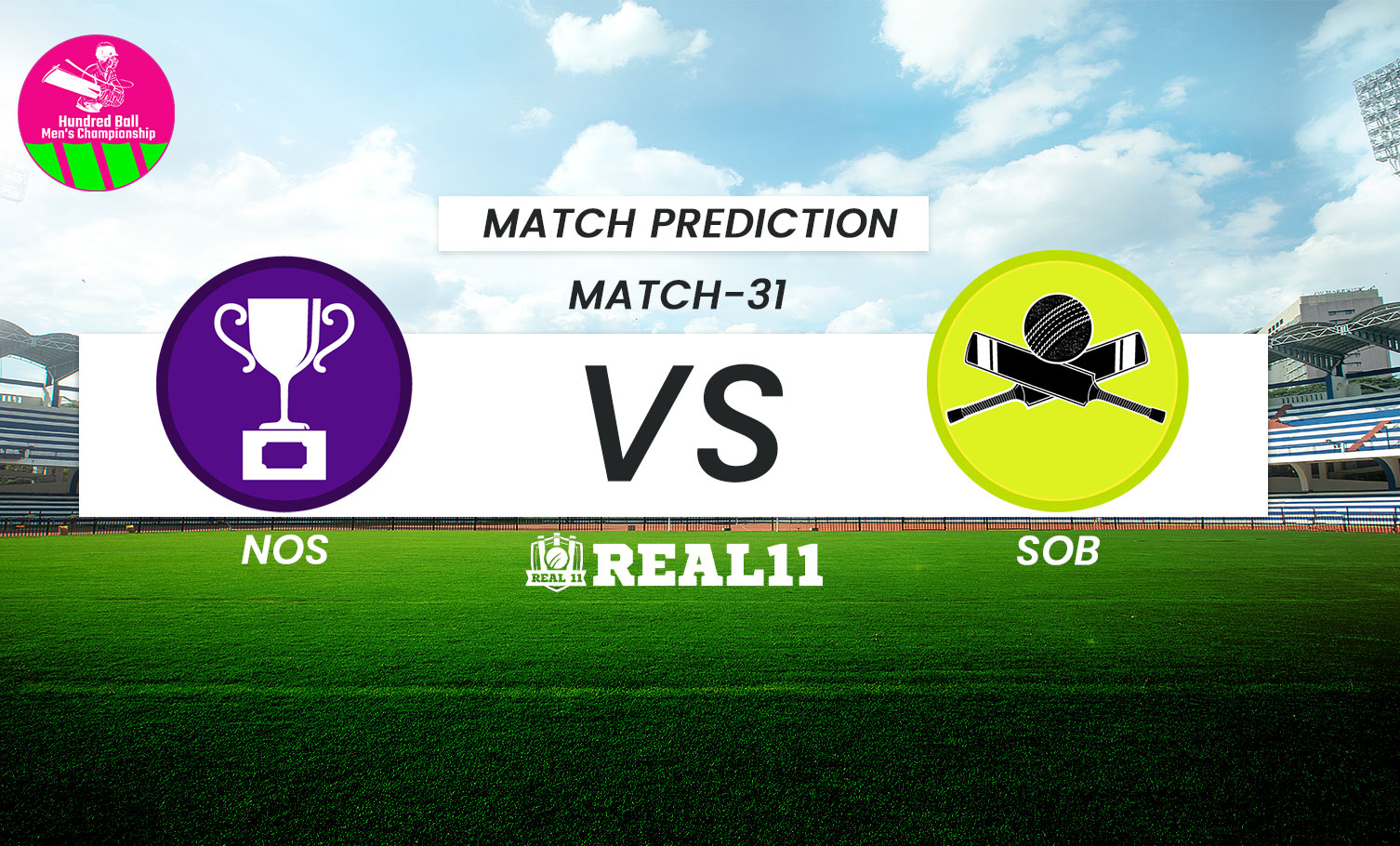 NOS will take on SOB in the 31st match of The Men’s Hundred Tournament 2022. The match is scheduled for Wednesday, August 31st at the Headingley stadium in Leeds. Both the teams have won three out of seven matches so far and are placed in the sixth and seventh spots respectively due to the difference in their net run rates.

NOS won their last match against WEF by 6 wickets. WEF were bowled out for just 114 runs while batting first. Although there were fewer falls of wickets, still the bowlers were successful to restrict the opponent to a low-scoring total. Craig Miles scalped a couple of wickets along with support from Adil Rashid and David Wiese who took a wicket a piece. Later Adam Lyth and Faf du Plessis, the skipper himself, started off a powerful inning scoring 47 and 32 runs respectively. They chased the total 9 balls earlier and with 6 wickets remaining.

SOB won their first match and the remaining two wins came from their last two fixtures. So they faced difficulty in the middle of the tournament but again are showing signs of confidence. In their last match against TRT, Michael Hogan and James Fuller took two wickets each to put a halt to the flow of runs. While chasing the target of 139 runs, there was a slow start and some quick fall of wickets. But SOB managed to get some initial support from Quinton de Kock which powered the innings. Alex Davies took advantage of the situation to build his innings and stayed unbeaten throughout the match. He scored 51 runs off 43 balls and eventually gave his team an important win by 6 wickets and 5 balls remaining.

The pitch at Headingley, Leeds is a well-balanced venue for both the batters and bowlers so far. The captain winning the toss should go for batting first as most of the matches played here get better assistance while bowling second. The average score on this pitch is 180+.

Both teams are more or less in similar positions. NOS is expected to play without the West Indies talisman Dwayne Bravo and is not in good touch. SOB is a much more composed team with match winners who are still performing and could probably outclass NOS in this fixture.