The Hundred, Match 32- MNR vs OVI Preview and Fantasy Prediction 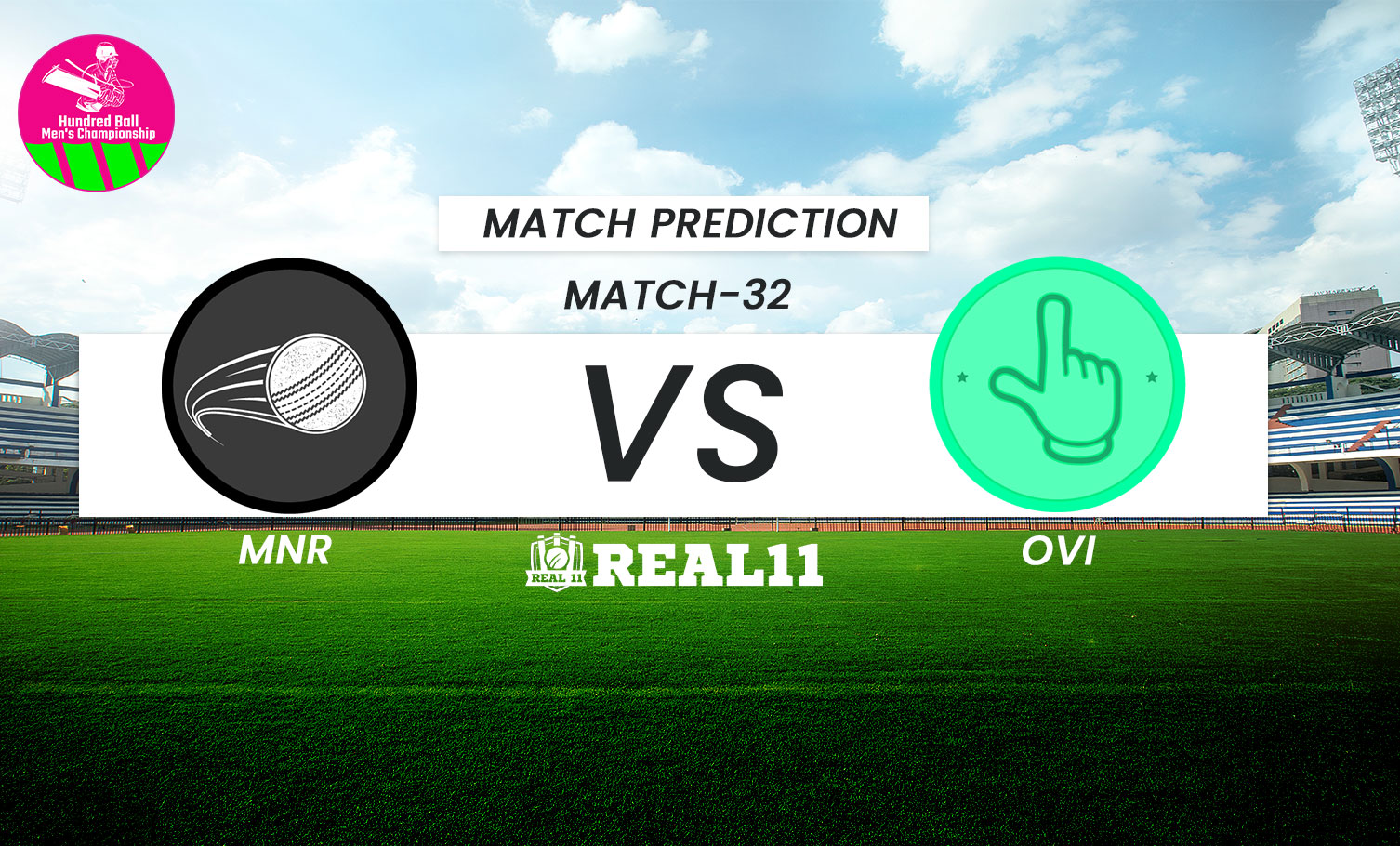 MNR will lock horns with OVI in the 32nd match of The Men’s Hundred Tournament, 2022. The game will be played at the Old Trafford Stadium in Manchester on Wednesday, August 31. Currently, both the teams have won the same number of games (four out of seven) and are placed one after the other in the point table.

After losing the first three games of the tournament, the Manchester-based team are on a four-game winning streak. They defeated BPH in their last fixture by a huge margin of 79 runs. They posted a total of 154 runs while batting in the first innings with Philip Salt topping the chart with 56 runs off 38 balls. Later their bowlers redefined their style of bowling and proved to be real game changers. Tom Hardley led the pack with four wickets followed by Joshua Little (two wickets) and Paul Walter and Matthew Parkinson (one wicket each). BPH were bowled out in just 74 balls falling behind 79 runs to lose the match.

On the other hand, OVI played their last match against LNS. While batting first LNS drafted 122 runs on the board with a loss of seven wickets. Sam Curran led the bowling attack and picked three important wickets. Opener Will Jacks scored 54 runs off 38 balls to get off a powerful start for LNS while chasing. The opponents were easily defeated in just 86 balls with 6 wickets left to spare.

The Old Trafford stadium in Manchester has been a good pitch for cricket overall. It favours batters mostly but bowlers can also gain assistance from this pitch as the game progresses. The batters can expect a decent bounce from the track. The outfield in this ground is pretty fast and if the ball comes down the bat nicely it is expected to get quickly to the boundary.

Both the teams are in outstanding form and are capable of winning the match. But the way MNR have displayed themselves in the last four matches winning all of them quite comfortably, we fancy them to win the match.