The Hundred, Match 5- WEF vs OVI Preview and Fantasy Prediction

WEF and OVI will lock horns in match number 5 of the ongoing edition of the Men’s Hundred at Sophia Gardens, Cardiff on Sunday, August 7. Both Welsh and Oval lost their respective opening encounters. While Welsh suffered a massive 9 wicket loss against Southern Brave, Oval faced an agonisingly painful 3 run loss against London. With a negative run rate of -3.833, Welsh are currently positioned at the bottom of the table. Their opponents are just a rung above them at seventh.

WEF wouldn’t be pleased with the way they started their 2022 campaign. They played the inaugural match of the season against the Southern Brave. Batting first, they lost wickets at regular intervals and as a result failed to post a competitive total. Ben Duckett (40) was their top run getter. Southern Brave in reply courtesy James Vince’s blitz at the top of the order comfortably chased down the target.  Batting seems to be one of the areas of concern for Cobb and co. However, they do not need to press the panic button yet. It is still early days in The Hundred 2022. They have the likes of Tom Banton, Joe Clarke and Ben Duckett in their ranks who can single handedly change the fate of the match on their day. Jake Ball alongside Noor Ahmed will shoulder the bowling responsibility for the men in red.

OVI put on a spirited fight in their opening game. After opting to bowl first, OVI bowlers struggled to get their lengths right and leaked way too many runs during the process. Mohommad Hasnain was the pick of the OVI bowlers but despite the twin strikes, the Pakistani bowler was a touch expensive. None of the other bowlers failed to create any impact on the game. Billings will be hoping his men can come up with something better with ball in hand when they take the field against WEF. Their Batting attack looks potent with Jason Roy, Will Jacks and Sam Curran in the mix. While Roy and Jacks missed out in the last game, Curran displayed a glimpse of his power hitting prowess.

The Sophia Gardens in Cardiff will offer a balanced surface. On this surface, the early innings are more advantageous for pacers. The middle overs will undoubtedly favour the spinners. Overall, this pitch is favourable for batters. Out of the 10 T20I games played at this venue, 7 have been won by the team batting second. So, the team winning the toss should elect to bowl first.

Expect an evenly matched contest between bat and ball. Considering the balance and depth within the squads, we fancy OVI to win this encounter. 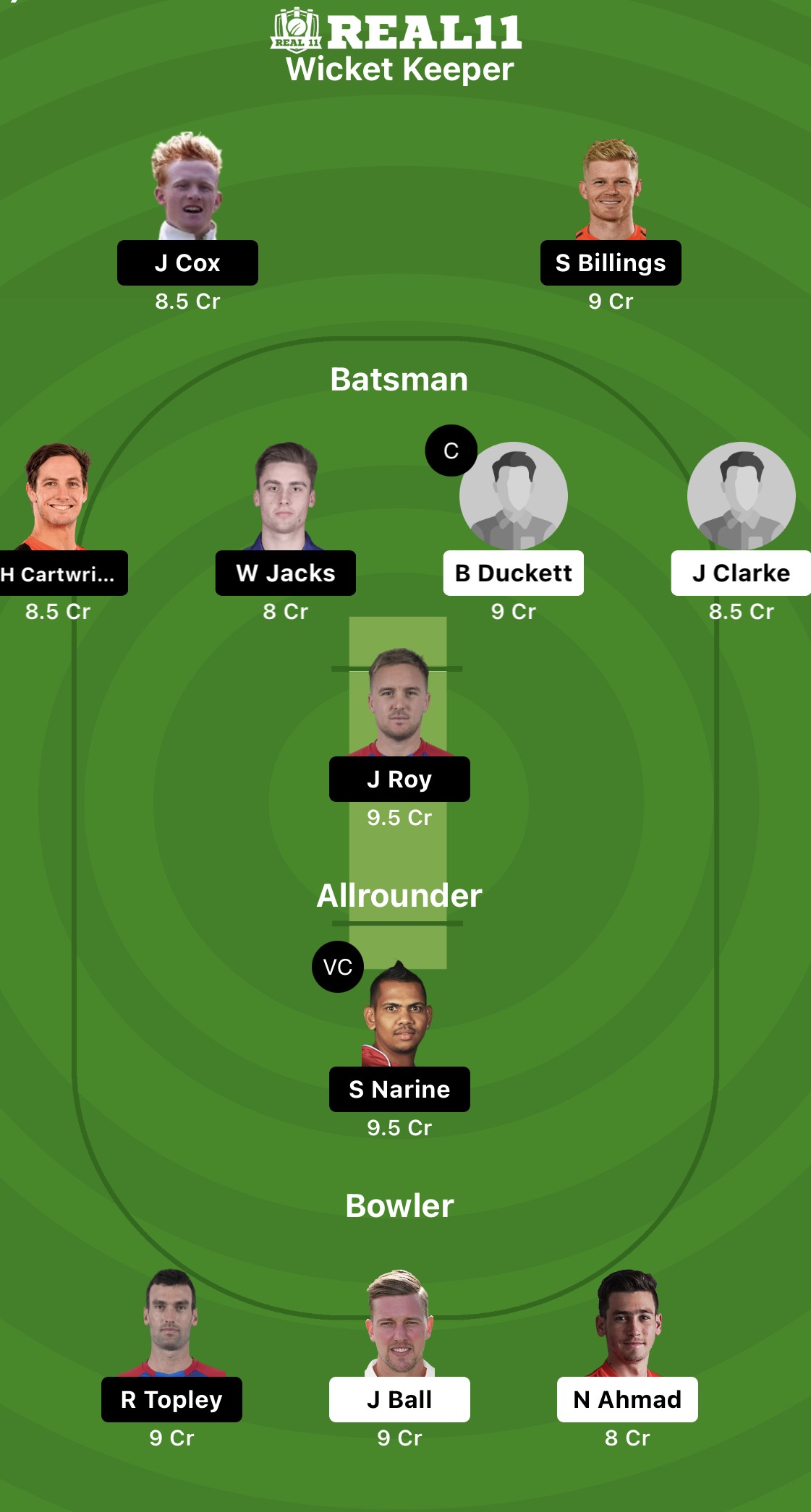