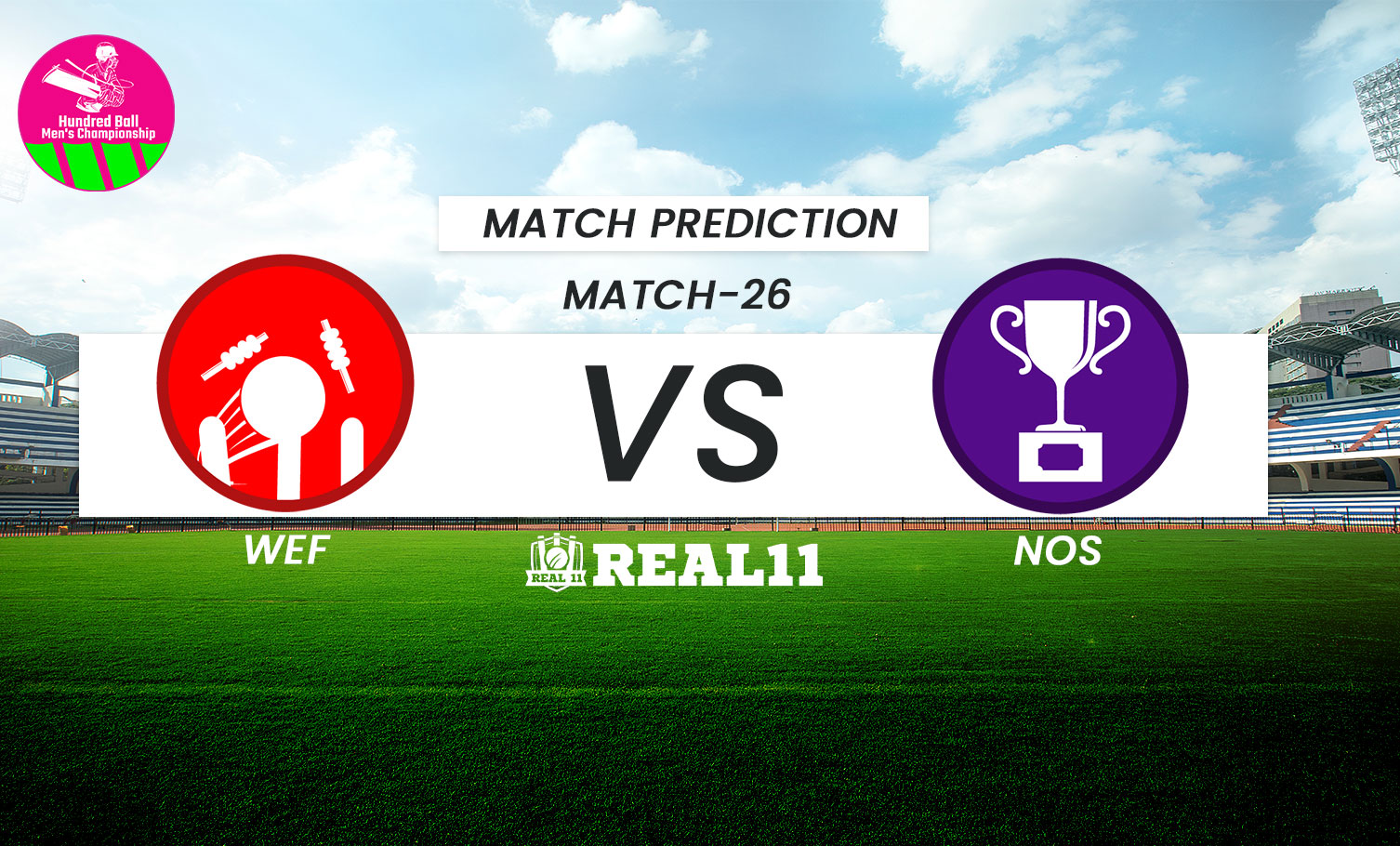 WEF will face NOS in the 26th match of the Men’s Hundred tournament 2022. The match is scheduled at the Sophia Gardens in Cardiff. WEF have been on a long losing streak with six losses in all six games they played since their inaugural in this edition of the Men’s Hundred. They will get yet another chance to change their fortune and make a statement for the other teams playing in the tournament.

On the other side, NOS have two wins in six games and are currently sitting in the sixth spot at the league table. NOS lost their last match although giving a tough fight against MNR in a high-scoring thriller. We still believe they have an in-depth squad and a lot of positives but they are unable to reflect it in their game.

The pitch at Sophia Gardens in Cardiff has provided support to the bowlers and earlier two times, totals have been defended on this pitch. The captain winning the toss might choose to bat first, as a score of anything over 140 will be difficult to chase down on this pitch.

NOS is expected to win the match. They have a squad with quality players and maybe their tactics are not working according to plans, in this tournament. WEF has very less chances of turning the table and fetching their first win in The Men’s Hundred tournament 2022.