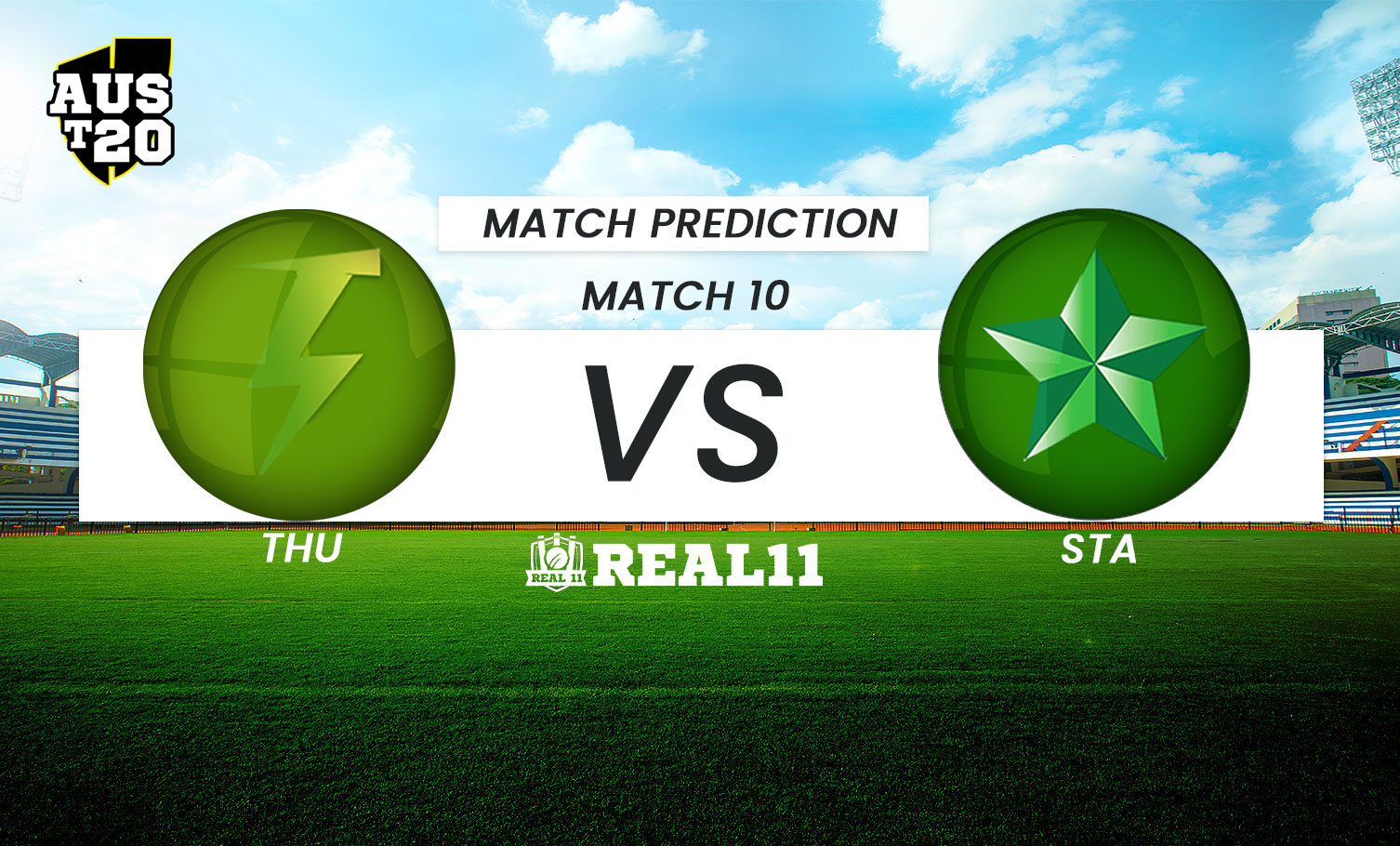 Match number 10 of the Aus-T20 League will see Thunders crossing swords with Stars on December 12, Sunday at the Sydney Showground Stadium. With a win and loss apiece, Thunders are currently positioned at third in the league standings. They lost their previous encounter against Stars at the iconic Melbourne Ground. Stars on the other hand have plenty of catching to do. Their run rate of -3.700 is the worst among all the participating teams. The 152 run loss in the season opener against the Sixers has poorly affected their run rate. However, a win in this game can see them in the top four

Thunders have started this tournament on a decent note. They were impressive in the opening game and most of the parts of the second game. While they emerged victorious in their first game, they lost the following game by the closest of margins. Alex Ross and Sam Billings have been good with the bat. Nathan McAndrew and Daniel Sams have shown discipline with ball in hand.

Stars have made the worst possible starts to the tournament. The gigantic loss against Sixers in the season opener has badly impacted their run rate and they’ll need nothing less than a win to make up for the dismal show. Batting department comprises some of the biggest names but have failed to come good. Skipper, Maxwell in particular is struggling to get going. He is a valuable asset to this unit and his woeful form is a thing to ponder upon. Addition of Andre Russell is a great boost for the Stars. He showed a glimpse of what he is truly capable with a whirlwind 16 during the back end of the first inning in the last match.

Will Thunders avenge the previous loss or will Stars make a two for two over Thunders? Ahead of this riveting encounter let us have a look at how these sides will fare out in today’s clash.

The Sydney Showground track is expected to assist bowlers more than the batters. Batsmen need to be careful with their shots and make the most of their starts. The team that wins the toss should look to bowl first. 160 and above is a good first innings score on this wicket.

Stars have a start stop season so far but we believe this game will determine their fate this year. They were good in their last win and we fancy them to extend their win streak.