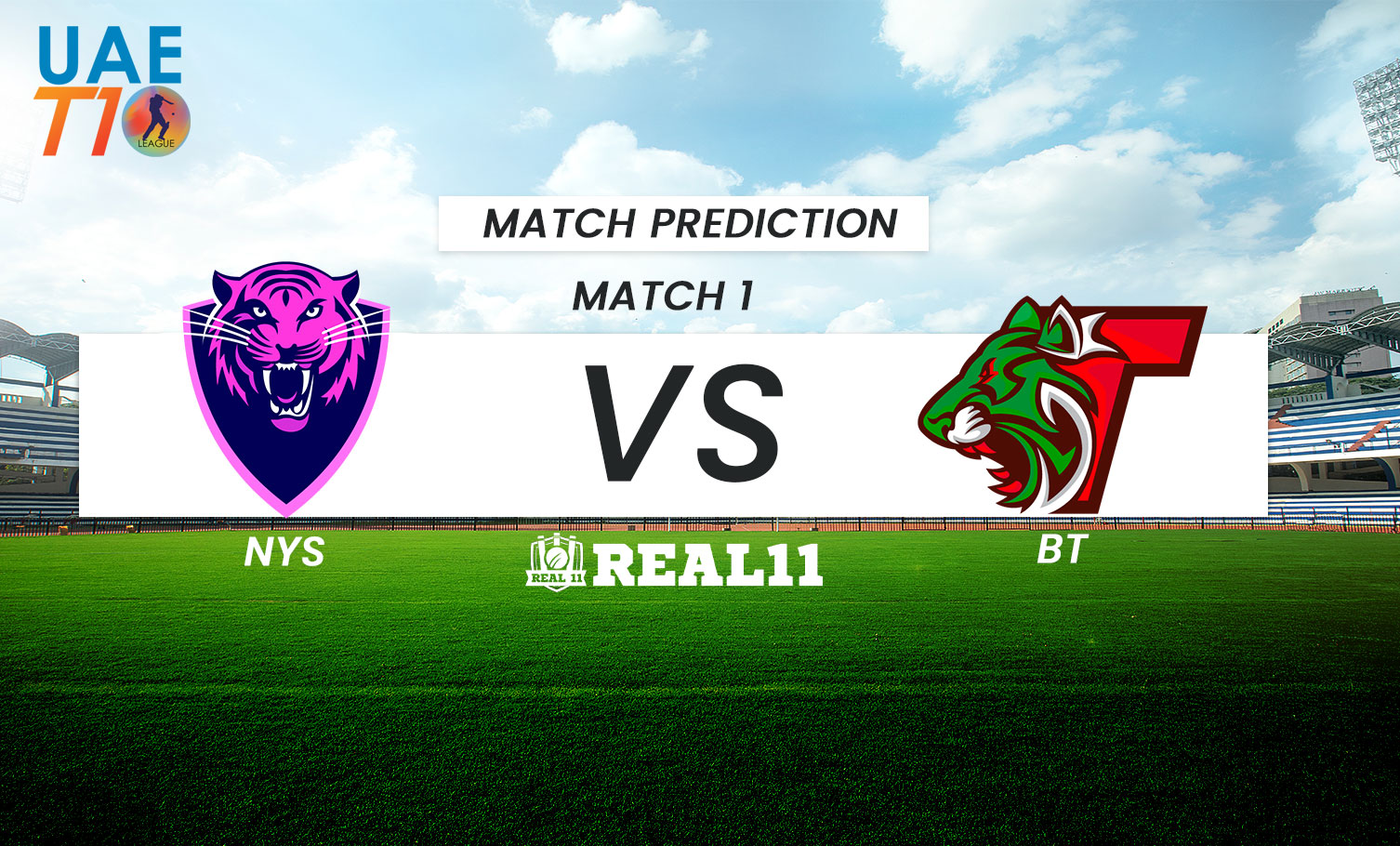 The all-new season of the UAE T10 League is back in action. Two new franchises have joined the league and one of them i.e. NYS will take on BT in the inaugural match of this season.

The match is scheduled at the Sheikh Zayed Stadium, Abu Dhabi on Wednesday, November 23, 2022. There are quite a number of power hitters from both teams and the fans can surely expect some fireworks in the season opener.

There are multiple changes to the BT squads as they have only retained 3 players from the last season. Shakib Al Hasan will be leading BT from the front and he is assisted by the World Series-winning Indian pacer, Sreesanth.

One thing that will surely be fascinating that how the 39-year-old bowler impacts his side. Stuart Binny is another Indian who features from the strikers’ end and will now feature in the UAE T10 League on behalf of NYS. The 38-year-old all-rounder has previously played for his country and the Rajasthan franchise in the Indian T20 League.

The BT squad holds a lot of experience playing in this league and has a good variety of players from England, who are T20 specialists. Overall Shakib has a lot of options to create a strong team.

The Sheikh Zayed Stadium in Abu Dhabi is the sole venue which will host all the UAE T10 League matches. In the first 10 games of the last edition of the league, teams scored between an average of 110 to 130 runs. The teams batting first managed to put up a huge total and backed it up with a drilled bowling performance.

The surface is batting-friendly and tends to become slower as more and more games are played simultaneously at the venue. The weather is expected to be good and sunny with a maximum temperature of 30 degrees Celsius.

NYS have an experienced keeper and some good batters who are more promising while attacking. The new teams seem to have a slight edge over BT. But keeping in mind BT’s experience in this league, we back them to win the opening encounter.