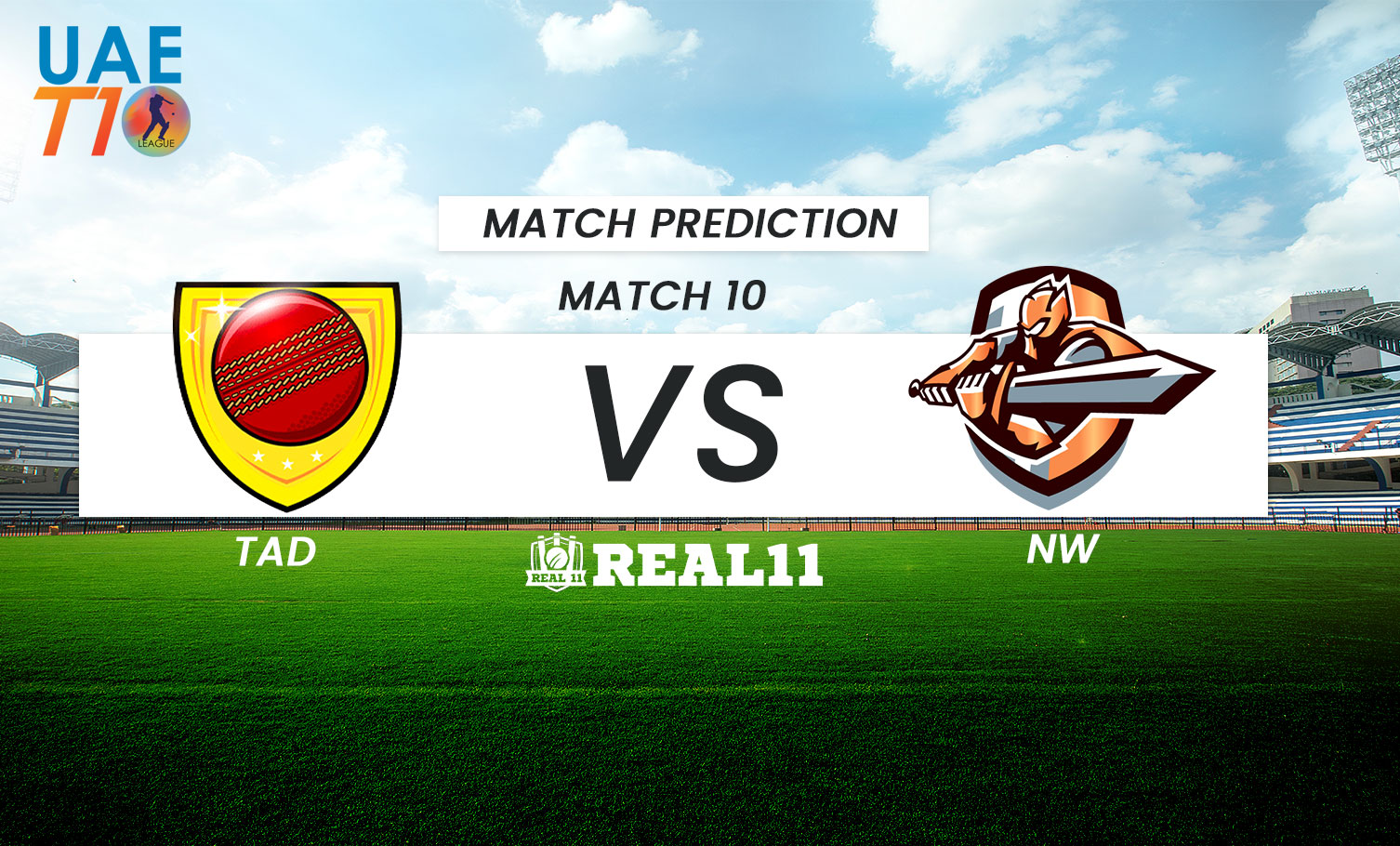 Both the teams have lost their first and only matches played in this tournament. TAD lost against DG in their inaugural match by 35 runs. Nicholas Pooran the captain of the side scored 77 runs to put up a total of whopping 134 runs in the first innings. TAD fell under the pressure of runs and failed to fire back. They managed to score only 99 runs hence losing by 35 runs in the end. Peter Hatzoglou and Fabian Allen were the only bowlers who bowled below the economy of 10 and also picked up two wickets each. There needs to be more effort from their middle-order batters as this is a 10-over format and quick runs are needed to be scored in order to win. TAD are yet to face their second opponent DB on Friday.

On the other hand, NW also faced a narrow defeat on their first encounter against DB by just 4 run margin. While batting first DB posted 119 runs. The likes of Tom Banton and Tim David scoring 38 and 42 respectively contributed mostly to the total run scored. NW retailed hard with the help of their middle-order batters as their openers failed miserably. Usman Khan scored 47 runs in the process but his effort went in vain as NW lost the match by just 4 runs. Shiraz Ahmed was the star bowler from the DB side as he picked 3 wickets in the sole over he bowled. NW are due to face DG in the 6th match on Friday.

NW is a strong side as compared to the TAD. They have a good combination of batters and bowlers. Thus we fancy the two times league champions’ NW to win this encounter.