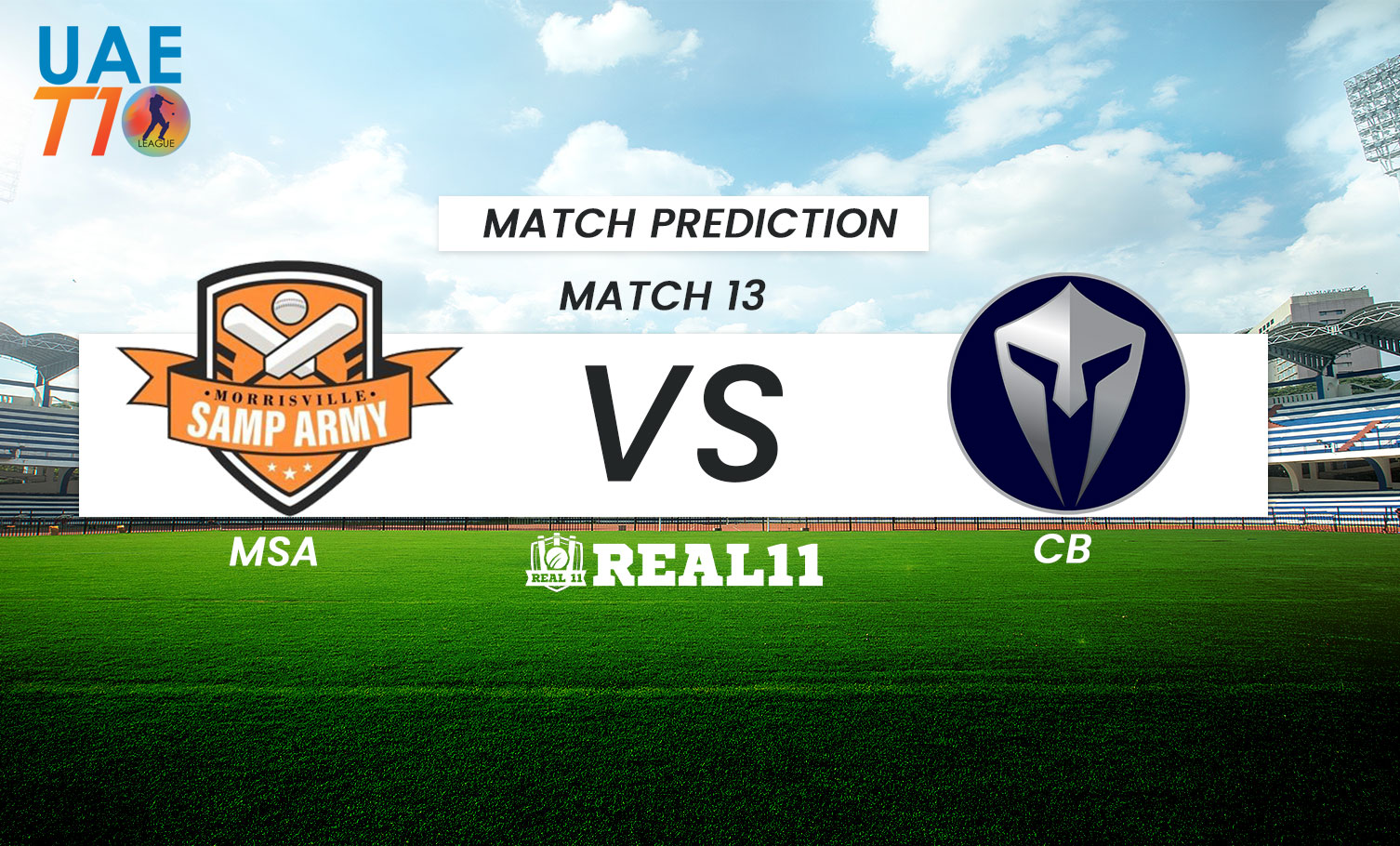 MSA and CB will lock horns for the 13th match of the ongoing UAE T10 League. The match will be played on Sunday, November 27, 2022, at  07:45 PM. Morrisville Samp Army sponsored by Real11 Fantasy Sports has sealed their first win in the inaugural match of the tournament. They are sitting in third place on the points table. Whereas CB has shared two matches between winning and losing. They are placed in the fifth position in the league table. The Samp Army has the chance to win their second match which will be played on Saturday against the Delhi franchise at 10:00 PM. If they win their second match then they enter into this game with the hope of a hattrick of wins which would be indeed a phenomenal record for a new team.

MSA posted 100 runs in their first match against the Bangla franchise with Shimron Hetmyer scoring 38 runs, the highest from the batting side. In the second half, Dwayne Pretorious was outstanding with the ball and never left a chance to trick the opponents’ batters. He took three wickets in total and with the assistance of other bowlers, successfully restricted the Bangla batters to 85 runs, winning the match by a 15-run margin.

The Chennai franchise also won their first match against the same Bangla team. CB posted 126 runs with Carlos Brathwaite smashing 44 runs off just 19 balls. Again the Bangla batting side collapsed except for Iftikhar Ahmed who scored 49 off 20 balls before getting run out. Again the credit goes to Brathwaite for his amazing all-round performance. He took four wickets alongside Olly Stone picking two which turned the game to their side. This resulted in the match ending in favour of CB winning by a massive 33-run margin with one ball left.

MSA is an overall confident squad with good coordination between batters and bowlers. Although CB won their last match, the opponent was BT who is performing below the mark in this tournament. So they need to prove themselves before the Samp Army in this match. On the other side, there seems to be no problem with the Morrisville-based franchise and we expect them to win this encounter ahead of CB.