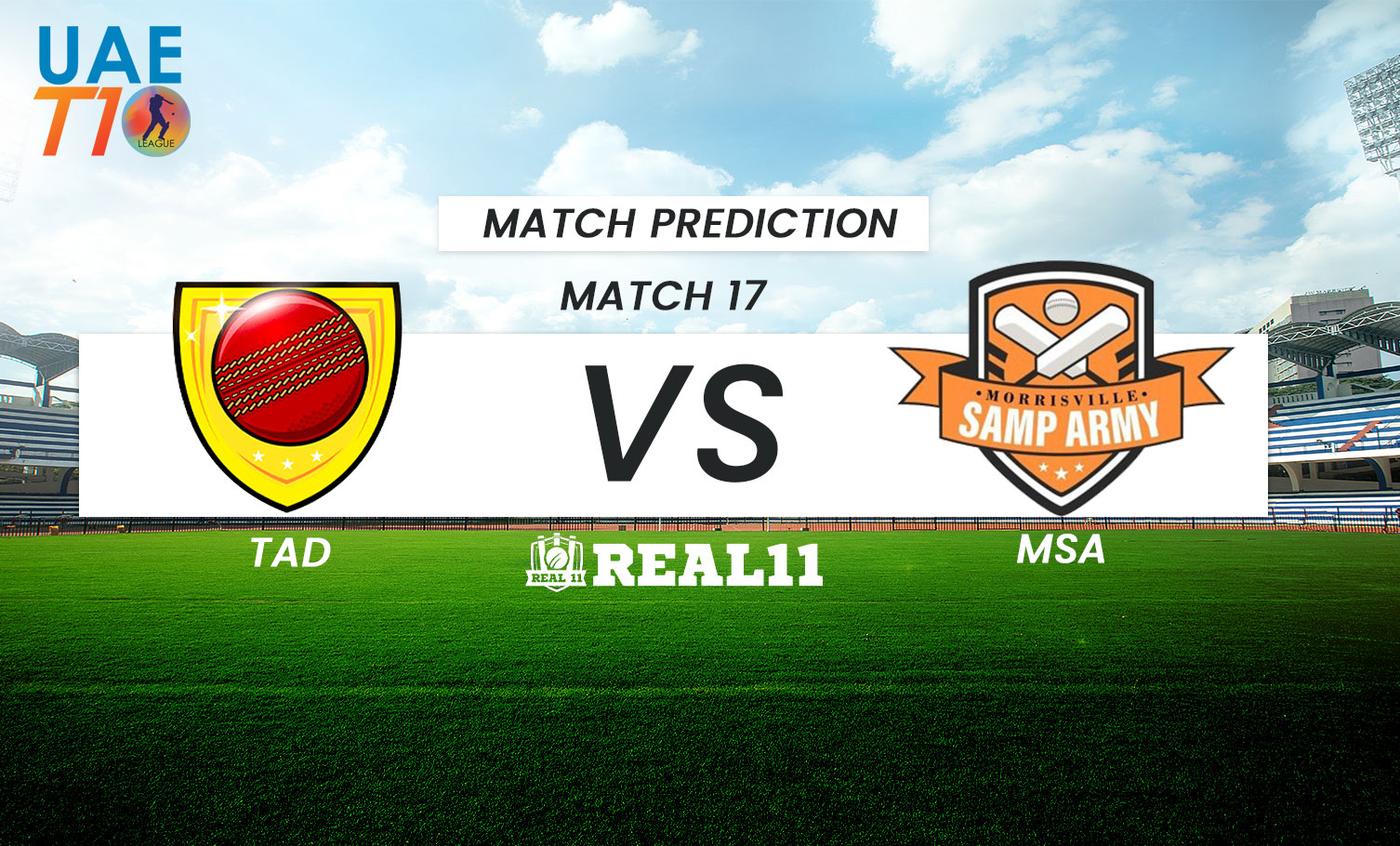 TAD and MSA will cross swords for the 17th match of the UAE T10 League, 2022. The match will be played at the neutral venue Sheikh Zayed Stadium, Abu Dhabi. The match is scheduled for Tuesday, November 29, 2022, at 5:30 PM IST.

TAD is having a menacing performance this season so far in this tournament. They are in the fourth spot with a win, a draw and a loss in their previous three matches handing them only three points so far. The Chris Lyn-led side won their last match against NW by 8 runs. Alex Hales and the skipper himself chased the target of 96 runs scoring 44 & 31 respectively. All credit to Naveen-ul-Haq and Andrew Tye for restricting the flow of runs by taking two wickets each. They now need a win in this game, to keep their hopes alive in this tournament.

On the other hand, the Morrisville Samp Army have started off their campaign in the league with three successive wins. They have only lost one match which is their last one against another new franchise from the United States, ‘NYS’. Although there was a phenomenal demonstration of excellence from their bowling side as Dwaine Pretorius and Karim Janat went on to take three wickets each along with Anrich Nortje picking up two scalps to restrict NYS to 110 runs. Moeen Ali scored 42 but all went in vain as the team fell short of 12 runs to lose the battle. They are currently in the second spot in the points table just below the Deccan franchise for their low net run rate. The Moeen Ali-led side has great chances of making it through the elimination rounds, unlike the TAD who have a lot more to do to earn a slot. Winning two crucial points will also be on their agenda to climb up and reign the points table.

Morrisville Samp Army looks in sublime touch in their first campaign in this league. They are our pick to win this match ahead of TAD.