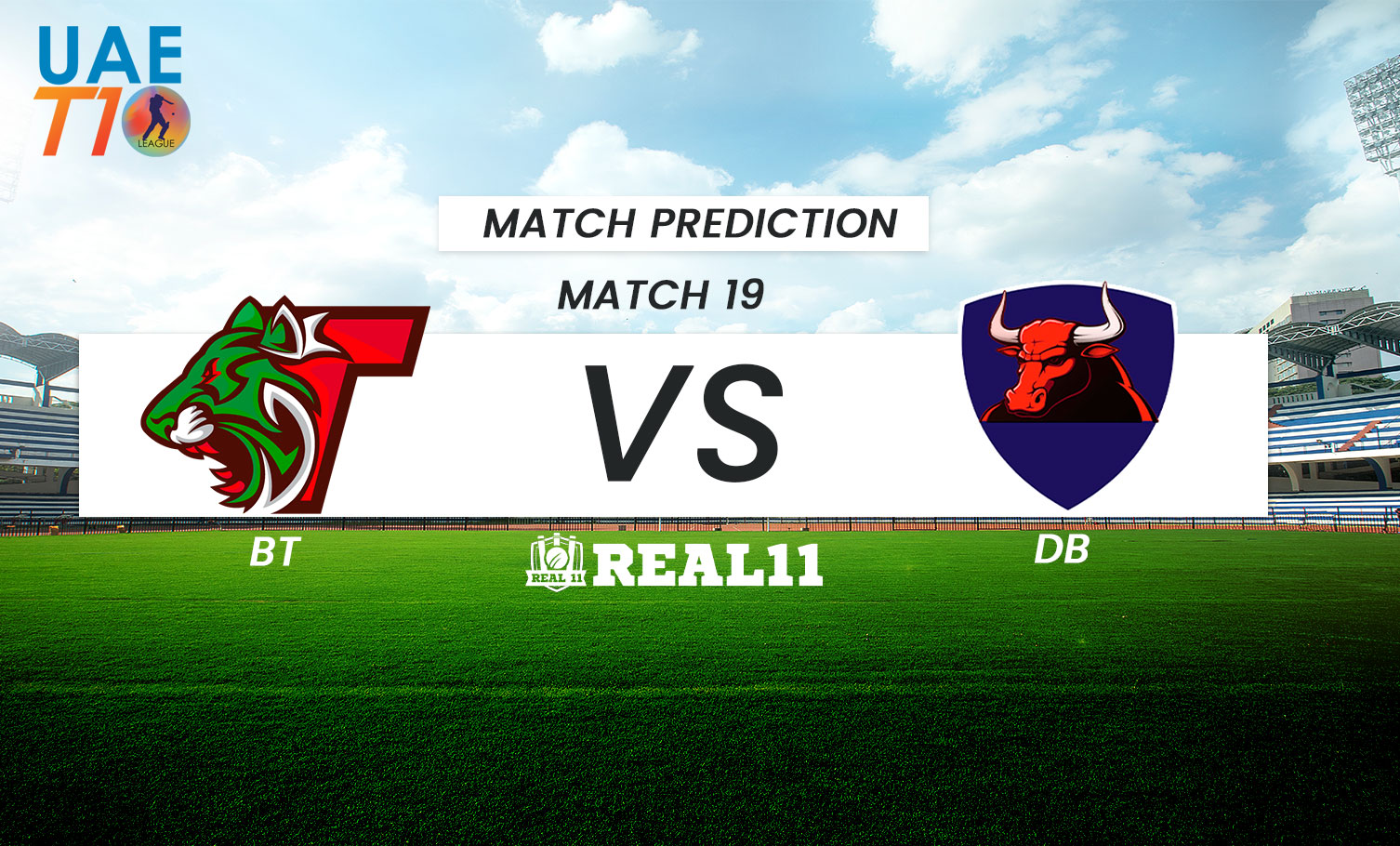 BT lost their last match against NW by 6 wickets. The Bangla franchise scored 117 runs in the first innings on the back of Hazratullah Zazai (37 runs) and Evin Lewis (38 runs). Rovman Powell was the man in action. He played a powerful inning of 76 runs off 28 balls and lead the Northern team to victory with 4 balls to spare.

Delhi Bulls on the other hand played their latest match against the Deccan franchise. DG while batting first put up a score of 140 runs on the scoreboard. Tom Kohler-Cadmore remained unbeaten at a score of 82 runs off just 33 balls along with the assistance of skipper Nicholas Pooran who smashed 34 runs. The Delhi team accumulated their entire strength and chased the target but fell short of 18 runs. Tim David scored 48 runs off 24 balls which was the highest from their side.

Both teams will be salivating for a win in this match. It will be a fierce encounter and a thriller to watch for the fans.

The current analysis of both teams suggests that BT has a slight advantage over DB to win this encounter.