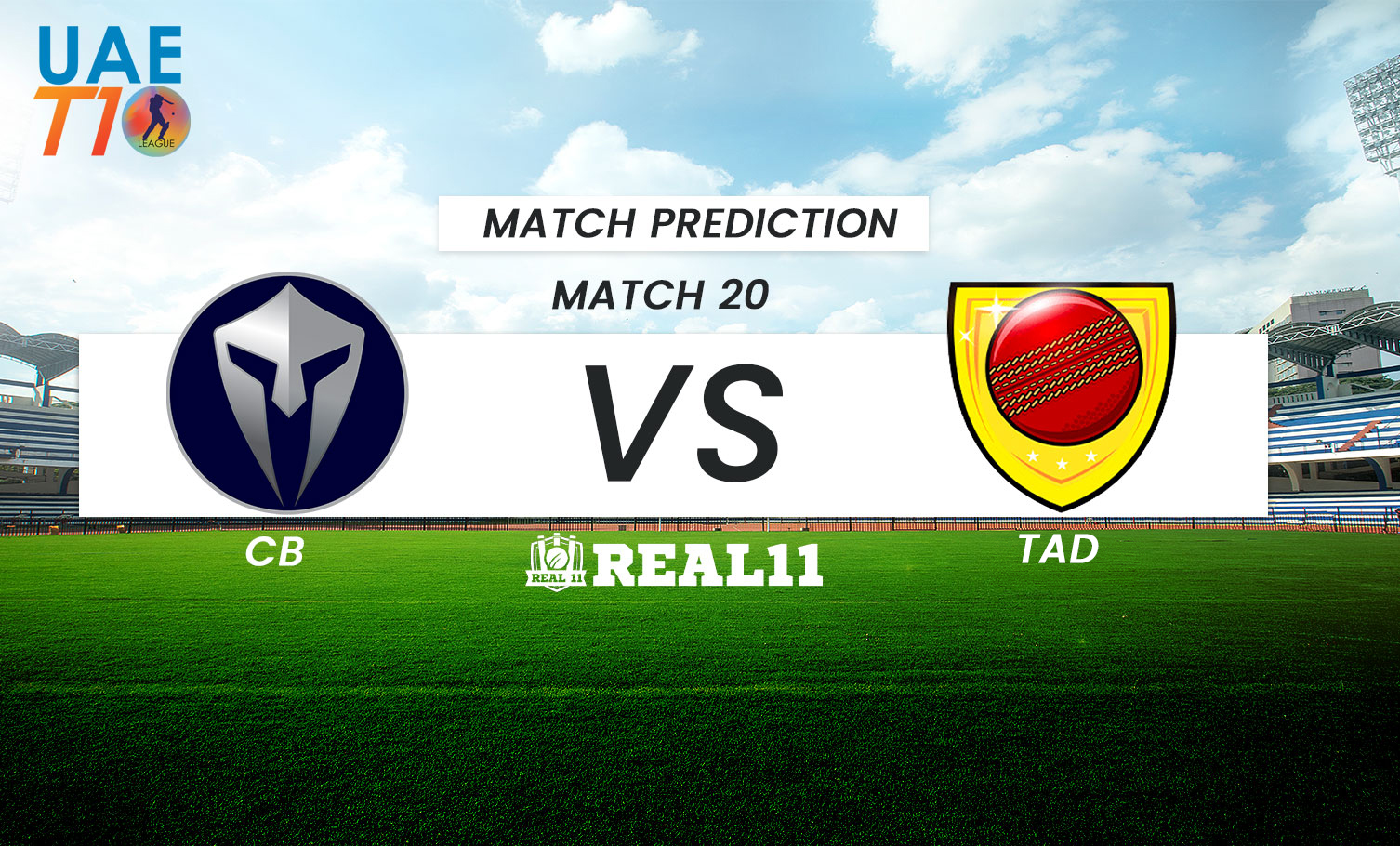 CB and TAD will cross swords for the 20th match of the UAE T10 League, 2022. The match will be played at the sole neutral venue Sheikh Zayed Stadium in Abu Dhabi. The game is scheduled for Wednesday, November 30 at 05:30 PM. CB is in sixth place in the points table with only two wins in five matches. TAD on the other side has a similar number of wins but has one draw and one loss and has played one match less than CB.

The Chennai team won their last match against DG by 6 wickets. DG being the two times champion in the UAE T10 League lost their second match of this season, still retaining the first spot in the points table. The Deccan franchise while batting first put up a score of 108 runs with the services of Jason Roy and Tom Kohler-Cadmore who scored 97 runs combined. In the second half, Chennai opener Daniel Lawrence smashed 40 runs off 18 balls and Carlos Brathwaite scored 27 off just 7 balls to chase the target with 3 balls to spare. It was indeed a big victory for them and will surely boost their confidence ahead of this match.

TAD also came out victorious in their previous encounter against the Morrisville Samp Army. TAD skipper Chris Lynn and James Vince scored 35 runs and 44* runs to add to a total of 100 runs for the chase. MSA who is in the second spot in the league played a horrible inning as none of their batters touched a double-digit score except Basil Hameed (47* runs off 18 balls). This marked their second victory in the league by 18 runs.

Both the teams would push their limits in this match to climb up the ladder of the points table.

TAD’s squad has been in better-form players than CB. Thus we put our bids on TAD to win this match.