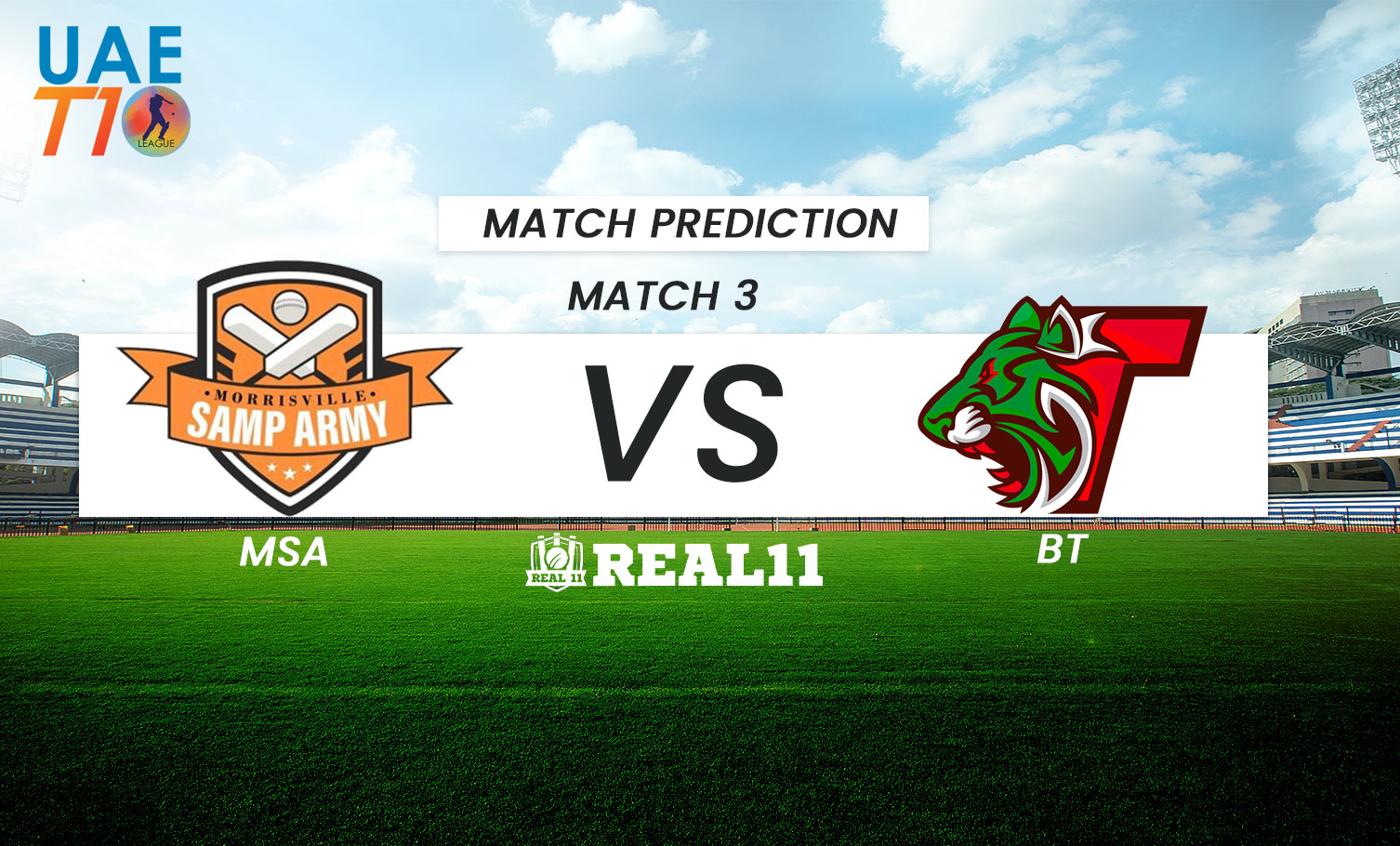 This season of the UAE T10 League is expected to be more exciting than ever as eight teams are taking part in this tournament instead of six. Two new teams are sports clubs from the United States, one of them is NYS who will be playing the inaugural match and the other is Morrisville Samp Army who will participate in this edition of the T10 League.  Real11 is the official sponsor of the Morrisville Samp Army for this edition of the UAE T10 League.

Morrisville Samp Army is the first sports club based out of the USA that will play an international level cricket league. Lance Klusener is appointed as their head coach. The ex-South African cricketer has a lot of experience in this field. He has played 171 ODIs, and 49 Test Matches for the South African team. He will surely turn out to be a good coach for the Samp Army.

Morrisville Samp Army will receive the services of some of the best batters and bowlers. David Miller and Moeen Ali are two of the most experienced players in their squad. These two players will surely play a major role in this short format and will be the backbone of the team. Shimron Hetmyer is another hard hitter from this squad. He had played a total of 50 T20s for the West Indies and 46 Indian T20 League matches and is a known power-hitter, especially in the middle overs. He had also been outstanding in the last season of the UAE T10 League and we are quite confident he will continue with that form and replicate his performance this season as well. Morrisville Samp Army owns some of the best all-rounders present in this league. Johnson Charles along with George Garton, Chamika Karunaratne, Obus Pienaar, and Andries Gous are some other outstanding all-rounders in the T20 format who are part of this team.

MSA is also very proficient in their bowling side. Anrich Nortje is the leader of the pack and we are pretty sure he will bowl the opening over and the deaths. The South African pace star has played 29 T20Is and 30 Indian T20 League matches for multiple franchises. He has also been part of 17 ODI matches in his career. He is an experienced bowler in the powerplay overs and is capable of bringing early breakthroughs for the team. Sheldon Cottrell, Colin de Grandhomme, Ibrahim Zadran, Basil Hameed, Karim Janat and Kashif Daud are the other bowlers in the MSA squad.

On the other side, BT will play their second match after their first clash against NYS. It will be fascinating to see how a new team gets accustomed to this new league format.

BT performed average in the last season of the tournament. They were in fourth place on the league table at the end of all matches. They played a total of 10 games, winning six and losing four of the matches. Although they managed to qualify for the playoffs but lost to TAD in the eliminator match. Some new changes made by the BT management are really crucial. Sakib al Hasan had been selected as the new captain of the side. The Bangladeshi all-rounder has played 109 T20I matches for his country and 71 games in the Indian T20 League for several franchises.

BT also has got the services of some of the great names of the shortest format of cricket. Being an experienced team in this league, they will definitely make it tough for other teams in this championship. Colin Munro is the top-most batsman in this team along with Hazratullah Zazai. They both will be the favourites to open for the side. Zazai is a hard-hitting batter and his style of play would be important for scoring runs in the first six overs of the game. Pakistan batter Iftikhar Ahmed is also a part of the squad. He is a middle-order specialist and his batting has been effective for this year’s World T20 Series too. Evin Lewis, Joe Clarke, Ben Cutting, Matheesha Pathirana, and Benny Howell are some other batters from his side. The bowling department is experienced and strong consisting of talents like S Sreesanth, Lewis Gregory, Nurul Hasan, Dan Christian and Jake Ball led by the Pakistan pace sensation, Mohammad Amir.

MSA has the perfect combination of batters and bowlers and despite their first match in this tournament, they will be the favourites to win this match ahead of BT.