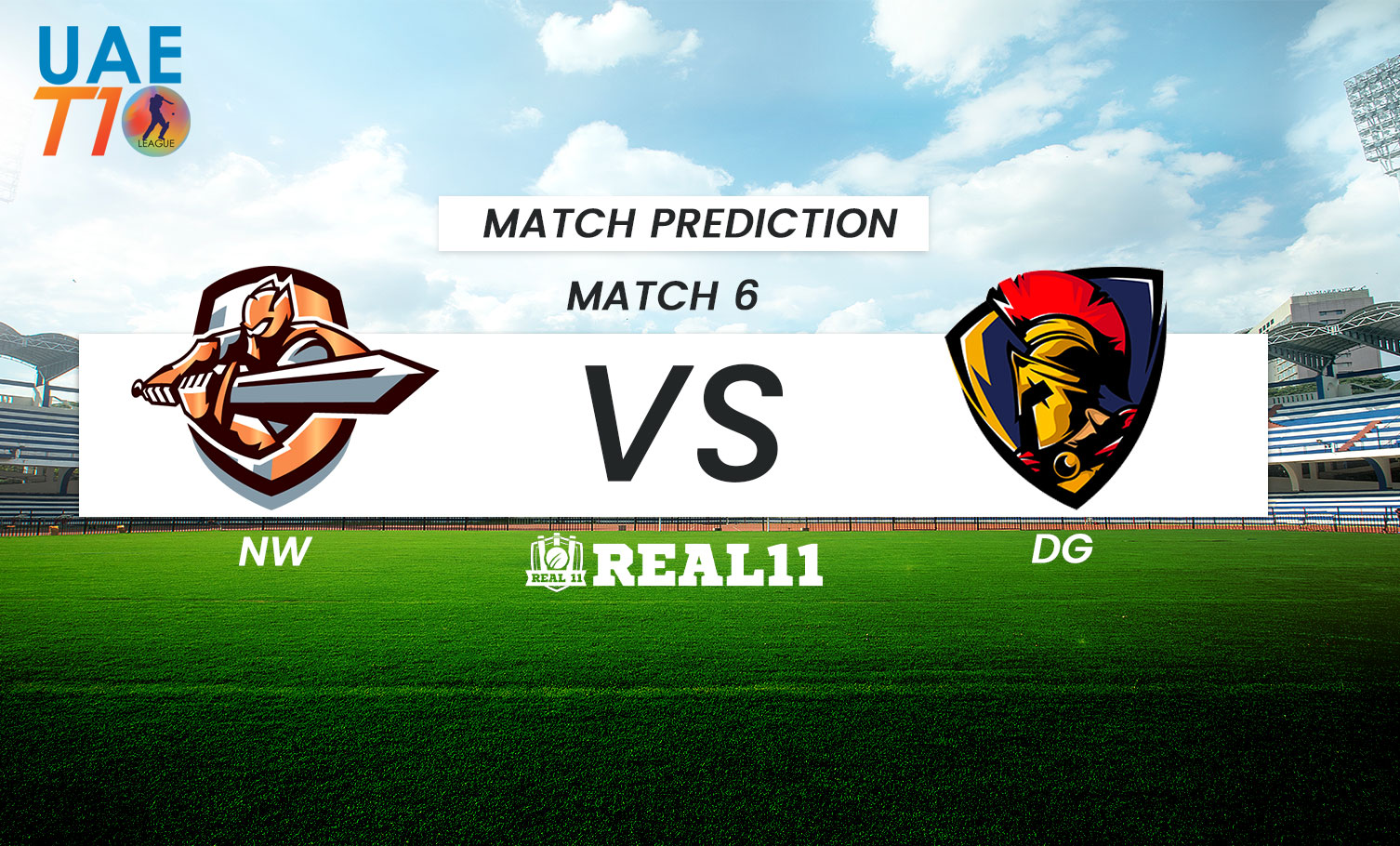 NW and DG will clash swords for the sixth match of the UAE T10 League 2022. The match is scheduled at the Sheikh Zayed Stadium in Abu Dhabi, the sole venue that is hosting the entire tournament. The face-off will take on Friday, 25th November.

DG is coming off a win from their season opener which was played on November 23, Wednesday against TAD by a 35-run margin. NW will also play their second match of the tournament in less than 24 hours after completing their first match against DB. It will be really hectic schedule for the Northern squad. Deccans’ can take the advantage of the day’s break they have received. The DG skipper Nicholas Pooran is in sublime touch and would definitely try to continue this good form which will indeed be advantageous for the entire team.

As the squads look, DG seems to be a stronger squad than NW. Their strength in the batting and bowling packs makes them the favourite to win this match ahead of NW.