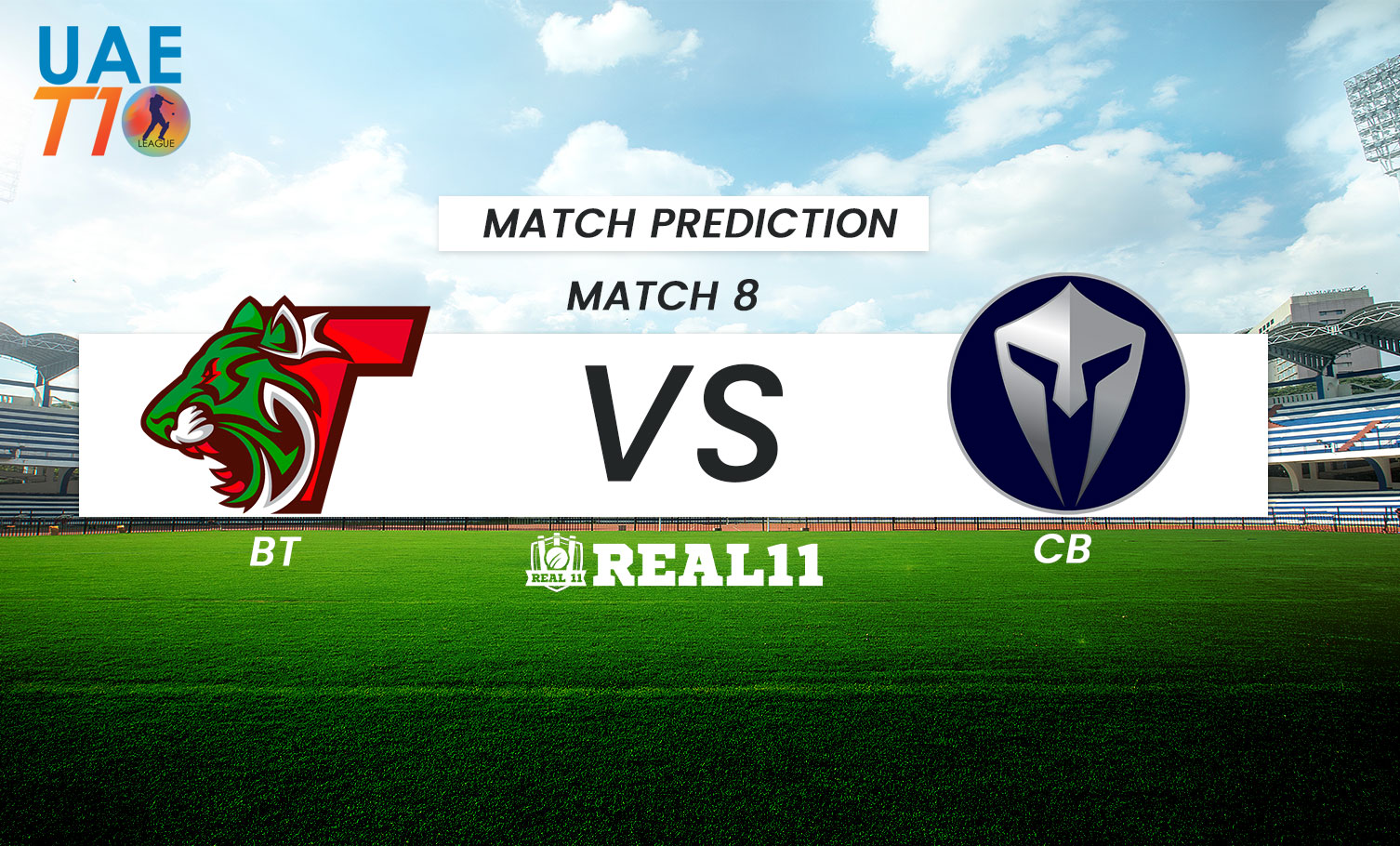 BT and CB will square off in match number 8 of the ongoing edition of the UAE T10 League at the Sheikh Zayed Stadium on Friday, November 25. BT won the season opener by 19 runs against the NYS. They are dew to play their second contest on Thursday. BT played good all round cricket to secure all two points in their opening fixture. Evin Lewis smashed a whirlwind 58 at the top of the order to give BT a flying start. Valuable contributions from Munro and Shakib at the top of the order propelled Tigers to a competitive total of 131. The bowlers then stepped up and picked wickets at regular intervals to restrict NYS to 112. Rohan Mustafa and Matheesha Pathirana took two wickets apiece and broke the back of NYS.

CB are due to play their first game against NYS on Thursday. They boast to have a star studded lineup, capable of outplaying any opposition on their day. With the likes of Ben Duckett, Sikandar Raza and Bhanuka Rajapaksa in the batting department, CB probably has one of the most destructive batting lineups in this competition. In the bowling prowess, CB has variety. Maheesh Theekshana, Obed McCoy and Olly Stone will be the bowlers to keep an eye on. Ahead of this tantalising encounter, let us have a look at how these two fare out in Friday’s clash.

The pitches are completely flat and provide no assistance to the bowlers; there is an even bounce on the track, and the batsmen can rely on it to play their shots properly. The ground's outfield is also quite quick, which helps batters.

It is certain that high-scoring contests will occur throughout the tournament. The pitches may slow down in the second part of the competition, but it will be a high-scoring event. In the last T10 League season, the average first-innings score was 115 runs. A cloudless sky and sunny weather is projected for November 25.

BT has a well rounded squad and we fancy them to win this encounter. 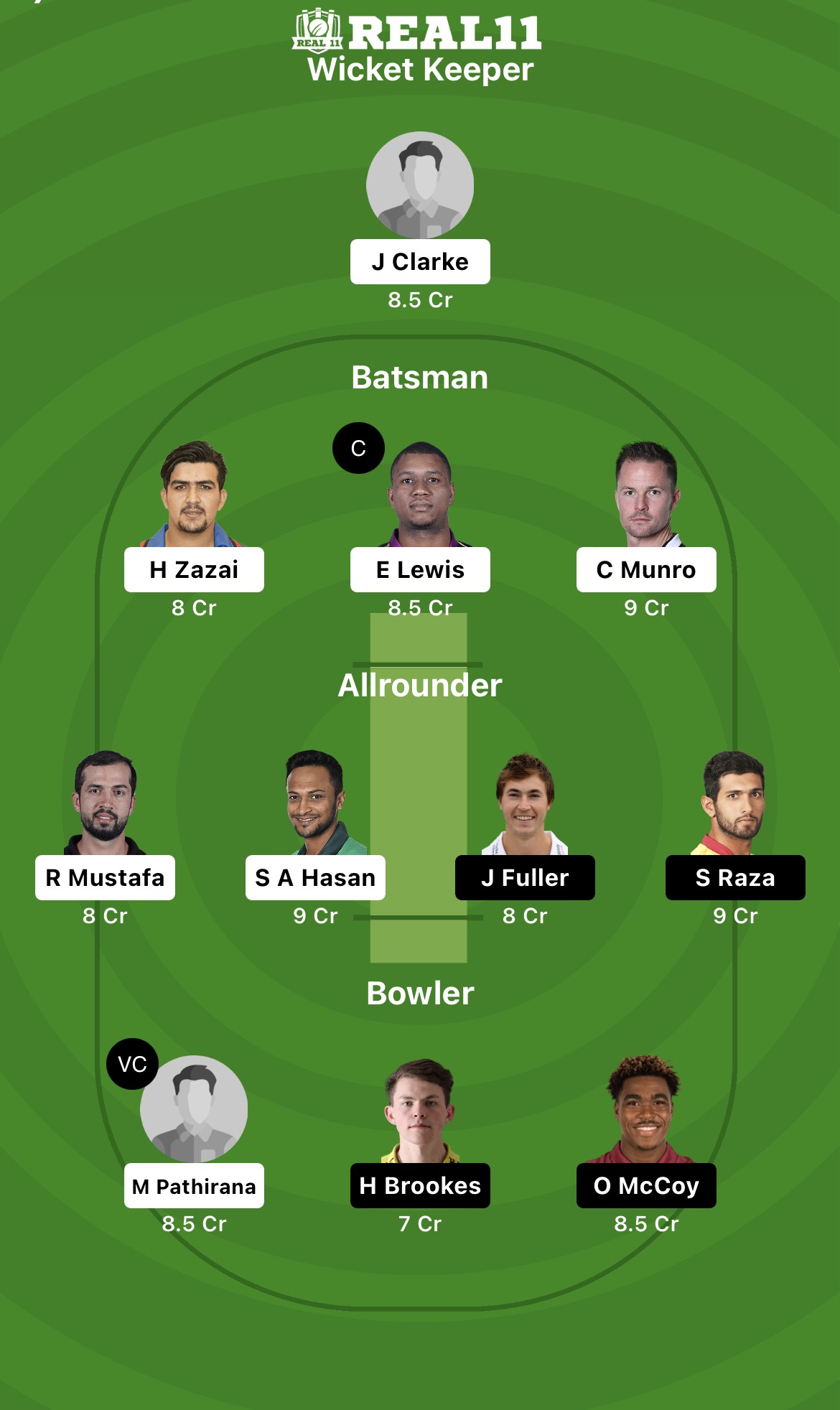