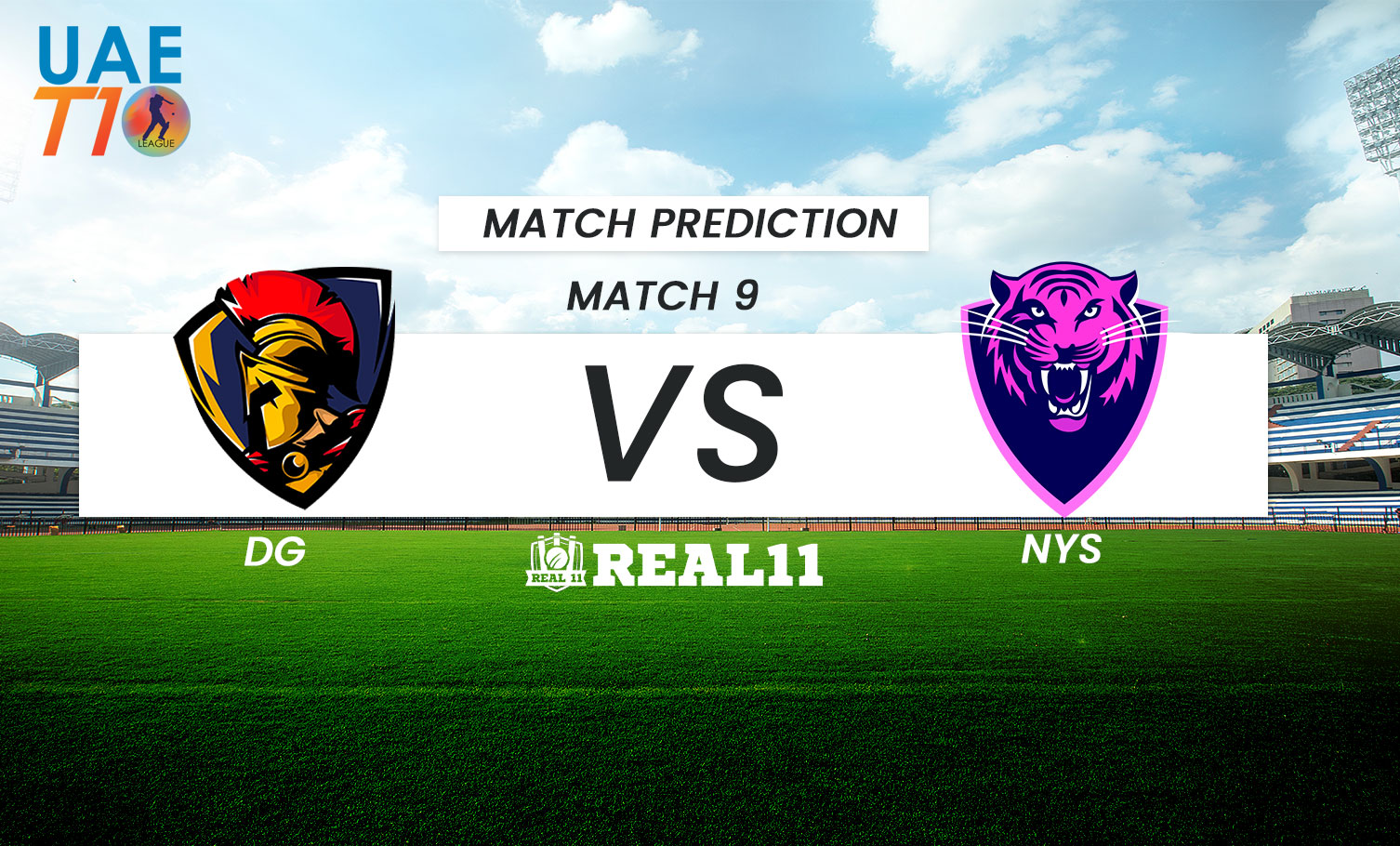 The 9th match of the UAE T10 League, 2022 will be held between DG & NYS at the Sheikh Zayed Stadium, Abu Dhabi. The match is scheduled for Saturday, 26th November 2022.

DG won their first match against TAD by 35 runs. Nicholas Pooran led his team from the front and scored 77 runs off just 33 balls to put up a total score of 134 runs in just 10 overs. While chasing TAD was restricted to 99 runs with James Vince scoring the highest 37 runs. All thanks to the bowlers Zahoor Khan and Tom Helm who picked up 2 wickets each to bring the Deccan side their first victory of the UAE T10 League, 2022. DG is due to meet NW for their second game of the series on Thursday before facing NYS in this encounter.

On the other hand, NYS has played two matches so far. They tasted defeat against BT by 19 runs in the inaugural game of the tournament. Keiron Pollard and Azam Khan scored 45 and 34 runs respectively but all went in vain for the new team. In the second game, they faced CB which they won comfortably by a margin of 27 runs. Paul Stirling scored 32 runs as an opener which was the highest score from the side. While chasing a total of 99 runs, the CB collapsed at 72 runs. Akeal Hosein and Jordan Thompson took two scalps each to seal the victory for the New York franchise.

Both skippers of the respective teams are in sublime touch. Also, the bowling departments are on the track to scrap timbers. So it’s tough to choose a winning side. But when it comes to experience, we back the defending champions to win this duel.