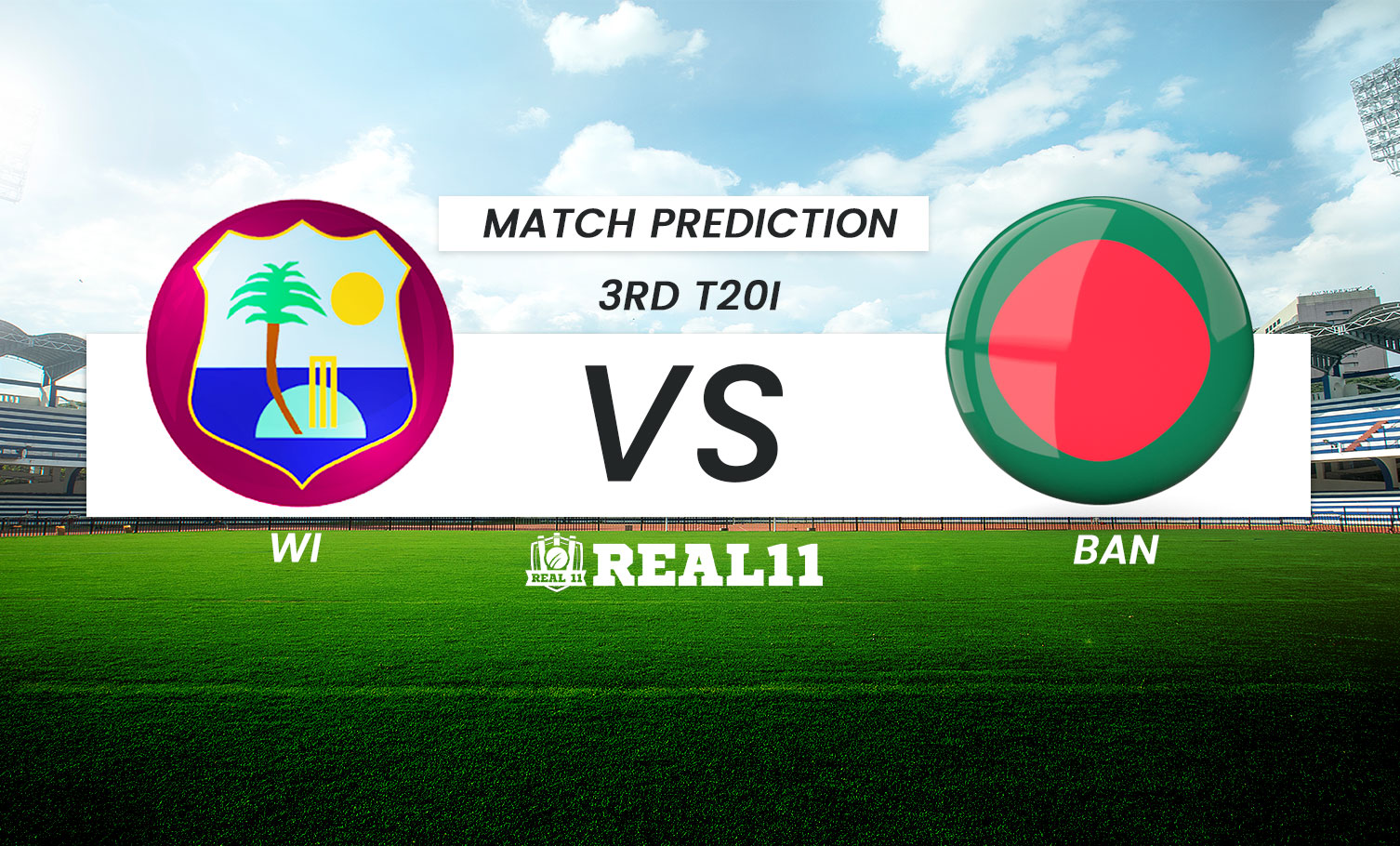 On Thursday, the third and final T20I of the series will feature West Indies versus Bangladesh. West Indies won the second T20I by 35 runs after an outstanding display of power hitting from vice skipper Rovman Powell and a vitally essential performance from Brandon King helped them take a 1-0 series lead after the first T20I was rained out. Their bowlers were world-class, and they did a fantastic job restricting the massive score of 193. They will undoubtedly play bold cricket in this game since they have nothing to lose.

On the other side, Bangladesh struggled to carry out their strategies as they found themselves on the losing end of the second T20I, losing the game cheaply by 35 runs. Even Shakib Al Hasan's valiant 68* runs couldn't pull the visitors to a victory. Their biggest weakness was a lack of power hitters in the middle overs. All bowlers, apart from Mahedi Hasan and Mosaddek Hossain, went for more than 9 runs per over, which is a big factor in their defeat. Now that the race is on, they need to win this game to draw the series.

The pitch at the venue is a neutral ground for both departments. The batters and the bowlers will be receiving equivalent support from the pitch. Providence Stadium Guyana has always been a low-scoring venue. The batters need to play with utmost care towards the beginning of the match and can gradually widen their shot selection as the innings does down.

West Indies displayed their fearless approach as they marched to a total of 194 runs in the last game. Bradon King and Rovman Powell illuminated their paths to effective fifties and played with an attacking approach. On the other hand, the bowlers also delivered well, which cruised West Indies to an easy win. The hosts would definitely like to continue their authority over Bangladesh.