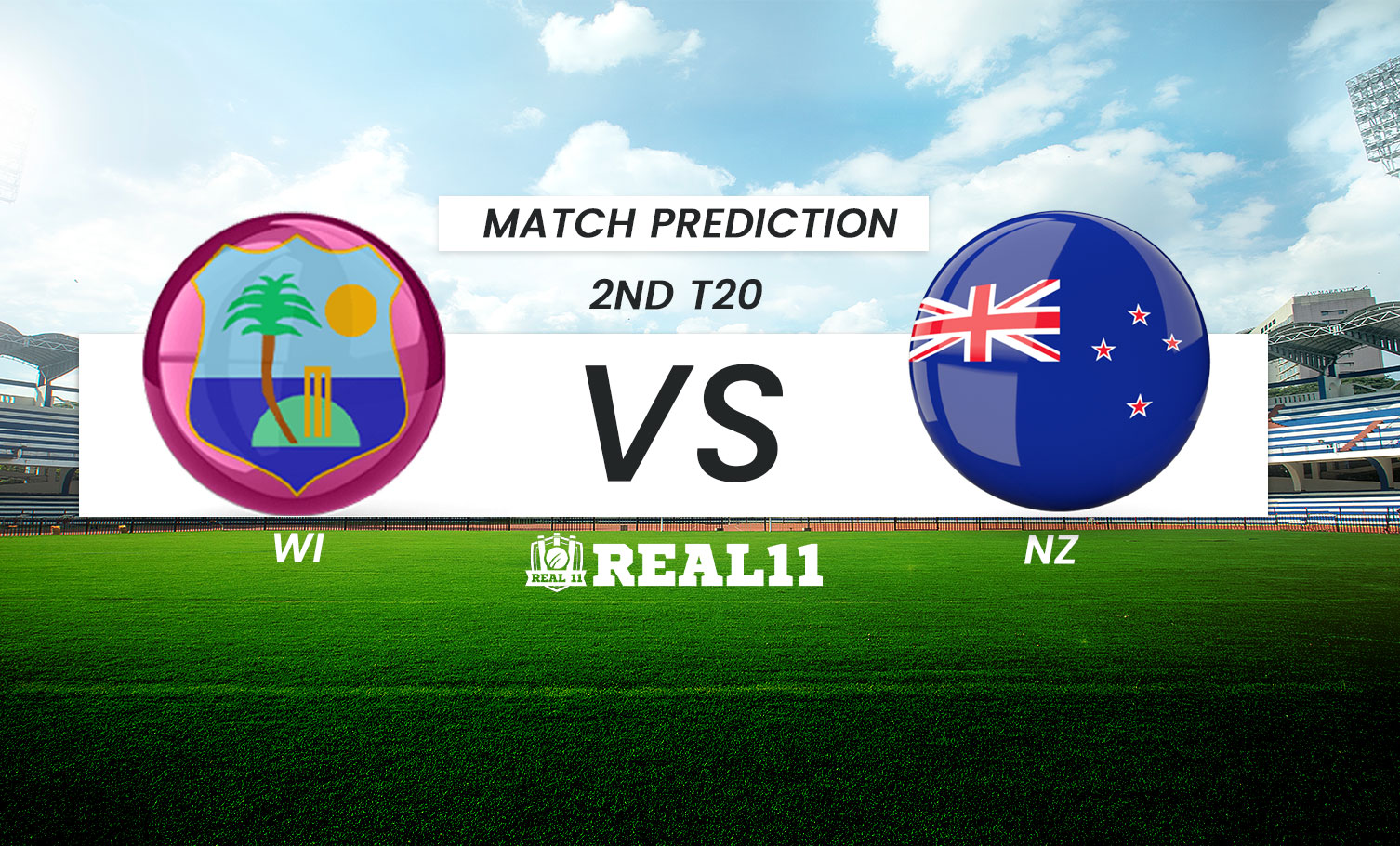 West Indies will face New Zealand in the 2nd T20I game of the three-match series on August 13, 2022. The match is scheduled at Sabina Park, Kingston, Jamaica. So far they have faced each other in the first T20I and New Zealand snatched the sweet victory from the hands of the home team by just 13 runs.

While batting first, the Kiwis faced a quick fall of wicket as in-form batsman Martin Guptill departed for just 16 runs off 17 balls. Later Devon Conway along with captain Kane Williamson held the radar of the ship and played amazing knocks of 43 and 47 runs respectively. Both of them made their return to the New Zealand squad after a long break. At the very end of the innings, Jimmy Nisham made a surprising cameo and scored 33 off just 15 balls to take New Zealand to a respected total of 185 runs.

On the other hand, West Indies needed 186 runs to start their series with a victory. But as already they were going through a poor form, they failed to start well. Kyle Mayers returned to the pavilion off a leg before wicket in the fourth ball of the first over by Tim Southee. Shamarh Brooks was dedicated to his motto of holding the wicket and winning the match but none of the top-order batsmen supported him from the other side. Skipper Nicholas Pooran, keeper Devon Thomas and Shimron Hetmyer all returned to the dugout by end of the sixth over. Though the tailenders; Jason Holder, Romario Shepherd and Odean Smith tried hard to turn the table but failed to execute their plan. New Zealand all-rounder Mitchell Santner, who is in the side as a bits-and-pieces cricketer picked three important wickets to seal their first victory of the series.

West Indies would hope to learn from their mistakes and return stronger in the 2nd T20I match. But we can never forget that the Kiwis are presently riding high on confidence as it seems that they have mastered the dead rubber and is on a 15-match winning streak since March 29, 2022.

The pitch surface at Sabina Park is a neutral venue which provides assistance to both departments. Spinners can turn out to be lethal in the middle overs whereas pacers will rule throughout the game. A score of 180 is a proper target on this pitch. Captain winning the toss shall choose to bat first keeping in mind to make the run chase difficult for the opponents.

New Zealand is a strong side winning all the away white ball games played so far since 29th March 2022. We fancy the Kiwis to dominate the game and seal this series too.