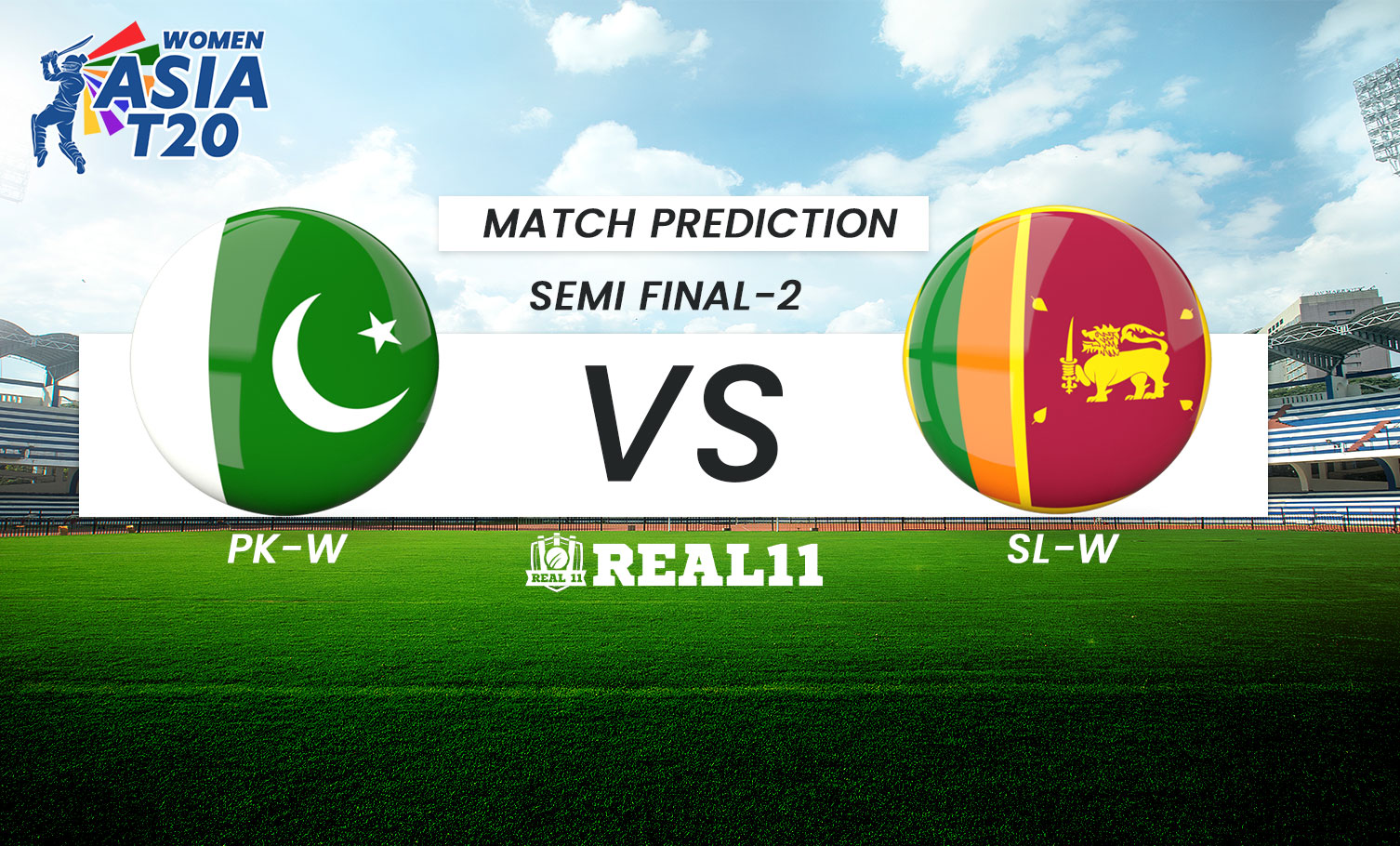 Pakistan Women will cross swords with Sri Lanka Women in the second semi-final of the Women's Asia T20 on Thursday, October 13, 2022. The match is scheduled at the Sylhet International Cricket Stadium in Sylhet.

Pakistan faced the Sri Lankan side just before the semi-finals in the 21st match of the tournament which was held on Tuesday, 11 October. Pakistan Women were the winner of the match by five wickets. Sri Lanka while batting first lost all their wickets within the final ball of the 19th over. They posted a total of 112 runs on the board with skipper Chamari Athapaththu scoring the most, 41 runs among the team. Pakistan batters in retaliation contributed as a team to register a win in just 18.5 overs.

The pitch at Sylhet International Cricket Stadium is a well-balanced pitch for both the batters and the bowlers. The average first innings score here is only 120 runs and the surface also assists the spinners. The batting side is likely to dominate the first six overs.

Both teams have well-balanced squads with good coordination between batters and bowlers. We can expect a low-scoring thriller on this ground and Sri Lanka Women will look for an act of revenge against the Women in Green. We fancy Sri Lanka Women to win this match.