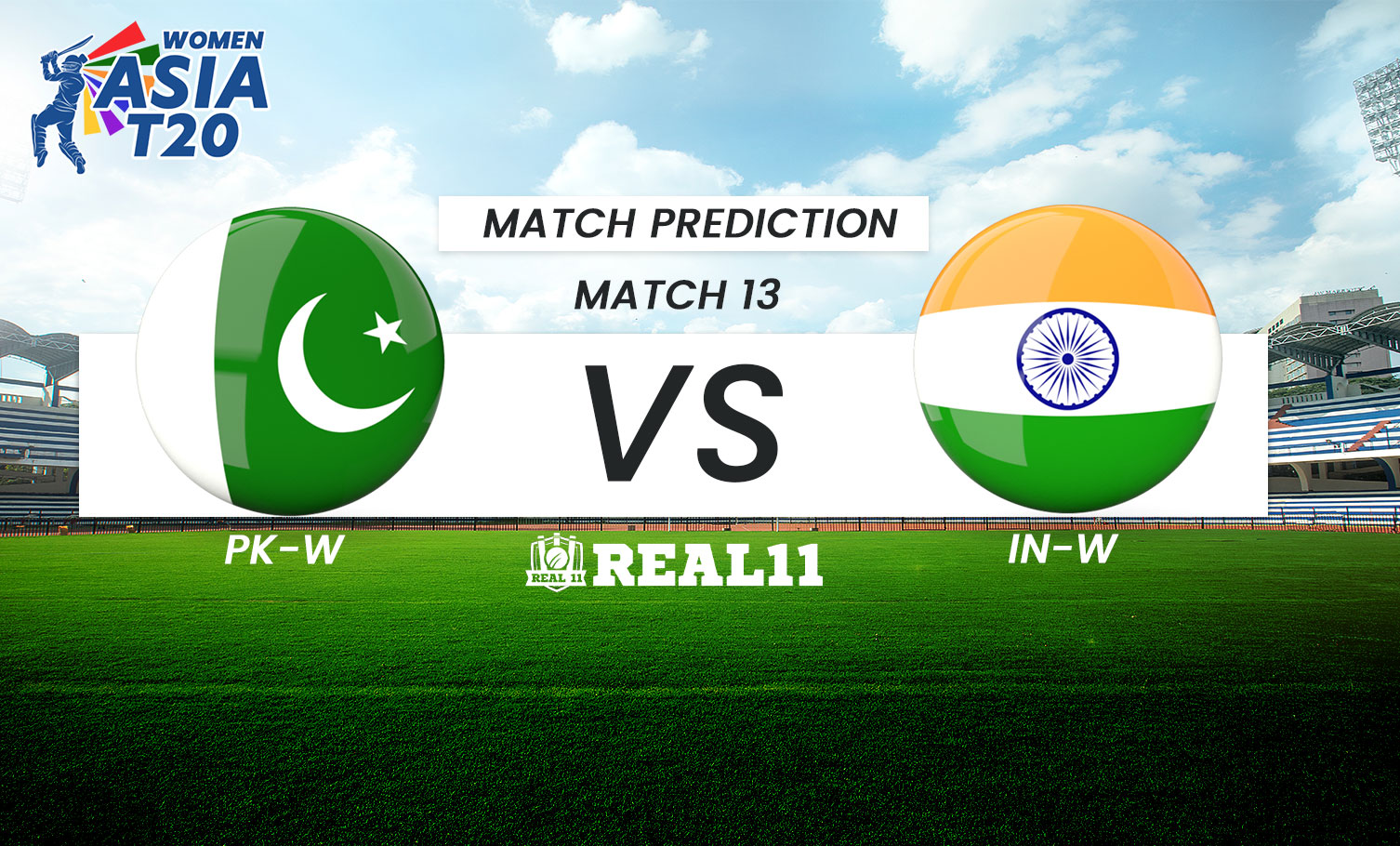 India Women are set to clash with Pakistan Women in the 13th match of the Women’s Asia T20. The high-voltage clash will take place in the Sylhet International Cricket Stadium on Friday, 7th October 2022.

India Women are coming off into this match with straight three wins in as many matches and no one can ask for a better start to their campaign. The Women in Blue led by Harmanpreet Kaur are now set to face their arch-rivals Pakistan in their next encounter. Pakistan have won two out of their three games played so far. Currently, India is leading the points table and are coming into this fixture with a massive 104-run win against the United Arab Emirates Women.

Pakistan Women, on the other side, had to suffer a shocking four-wicket defeat against Thailand Women in their last Asia T20 fixture. While batting first, Pakistan Women managed to draft a total of only 116 for the loss of 5 wickets. Thailand Women created history by successfully chasing the target with one ball to spare.

The ground has been good for the batters. We have seen some big totals being made here. But it's not a surface where runs will come easily. Batters have to struggle against spinners and have the power to play big shots will be more likely successful on this pitch.

India Women are a more confident side as we can asses from their past performances. Also, they are the table toppers and have comfortable won all three games they played so far. By far we don’t see any option other than luck which can favour Pakistan Women.