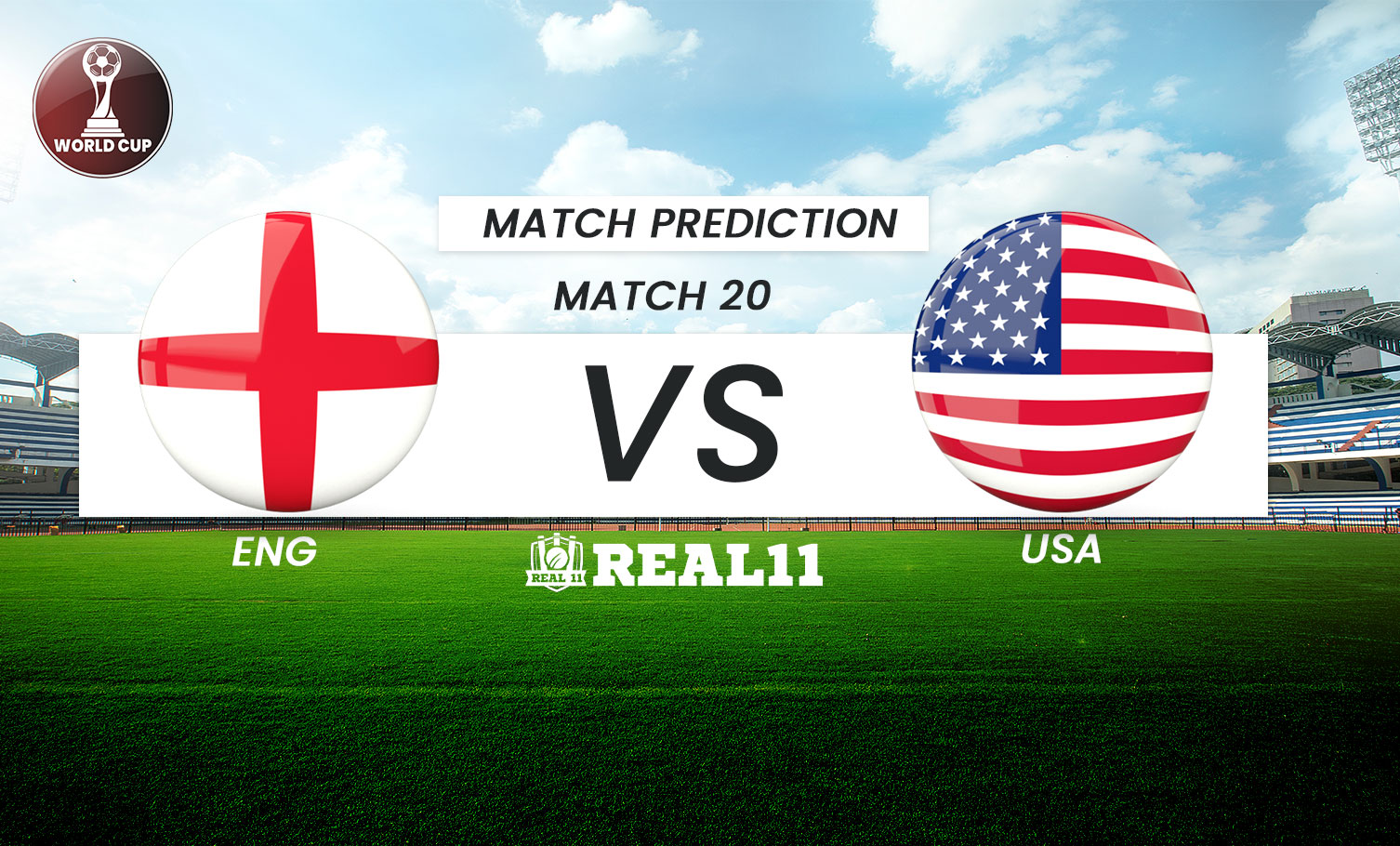 England and USA will meet this Saturday starting at 12:30 AM IST at Al-Bayt Stadium, in a Group B fixture of the World Cup, completed by Wales and Iran, which will meet nine hours earlier. England is looking to secure their place and possible lead, while the USA will try to avoid elimination. The British and Americans start the second match of Group B in the 2022 WC. England began their adventure in Qatar with a 6-2 victory over Iran and showed a great level of football, making many put them among the favorites to follow. On the other hand, the United States left points against Wales and complicates their qualification to the next round a bit.

USA comes to this duel to try to get points from England and wait for the result between Iran and Wales to fight to avoid elimination. Even losing to England, the stars and stripes could still have a chance. This generation from the USA presents itself with great young players like Pulisic, McKinnie, M Turner, Dest, and G Reyna.

On the other hand, England appears as the great favorite to win this duel and ensure their classification in this second fixture of this campaign. The objective of the British is to finish as group leaders and appear as favorites for the title. These are presented with a very young squad full of talent with names like Bellingham, Alexander Arnold, Saka, P Foden, and Jordan Pickford.

These two teams have met twice in a WC, the first in Brazil in 1950 with a 1-0 victory for the United States and the second in South Africa in 2010 with a 1-1 draw. However, on three other occasions in friendly matches, England has always beaten the United States, and this time they jump out as the big favorites.

The Three Lions team will face their fifteenth World Cup out of 23 in dispute in WC 2022. As a previous background, England can be excited, since it comes from reaching fourth place in Russia in 2018.

In general, the British team usually passes the first round except for the World Cups in Brazil in 1950, Sweden in 1958, and Brazil in 2014, where they failed. And England's greatest pride for them was to have become champion in the WC played in their country, in 1966.

USA: On behalf of the stars and stripes, Christian Pulisic appears as the player to watch. "Captain America" ​​is the highest reference of his team's offense and is the one who handles the ball, through him passes the hopes of qualifying for the United States. At the moment he arrives with 1 assist for this duel, where he is expected to show his best level so that the United States can surprise and take points from England.

ENG: On the British side, the player to watch is Harry Kane, the Tottenham striker is England's top scorer and one of the key players in the English offense. Harry Kane is one of the players expected to compete for the golden boot of this World Cup, at the moment he has 2 assists.

England will be eyeing their second-win tonight against the USA to secure their spot for the next round of the World Cup. ENG will be buoyant and raring for another victory, with the group working well together. English Midfielder Saka, who was magnificent against Iran, will hope to put in another strong performance. We say England 2-0 USA. 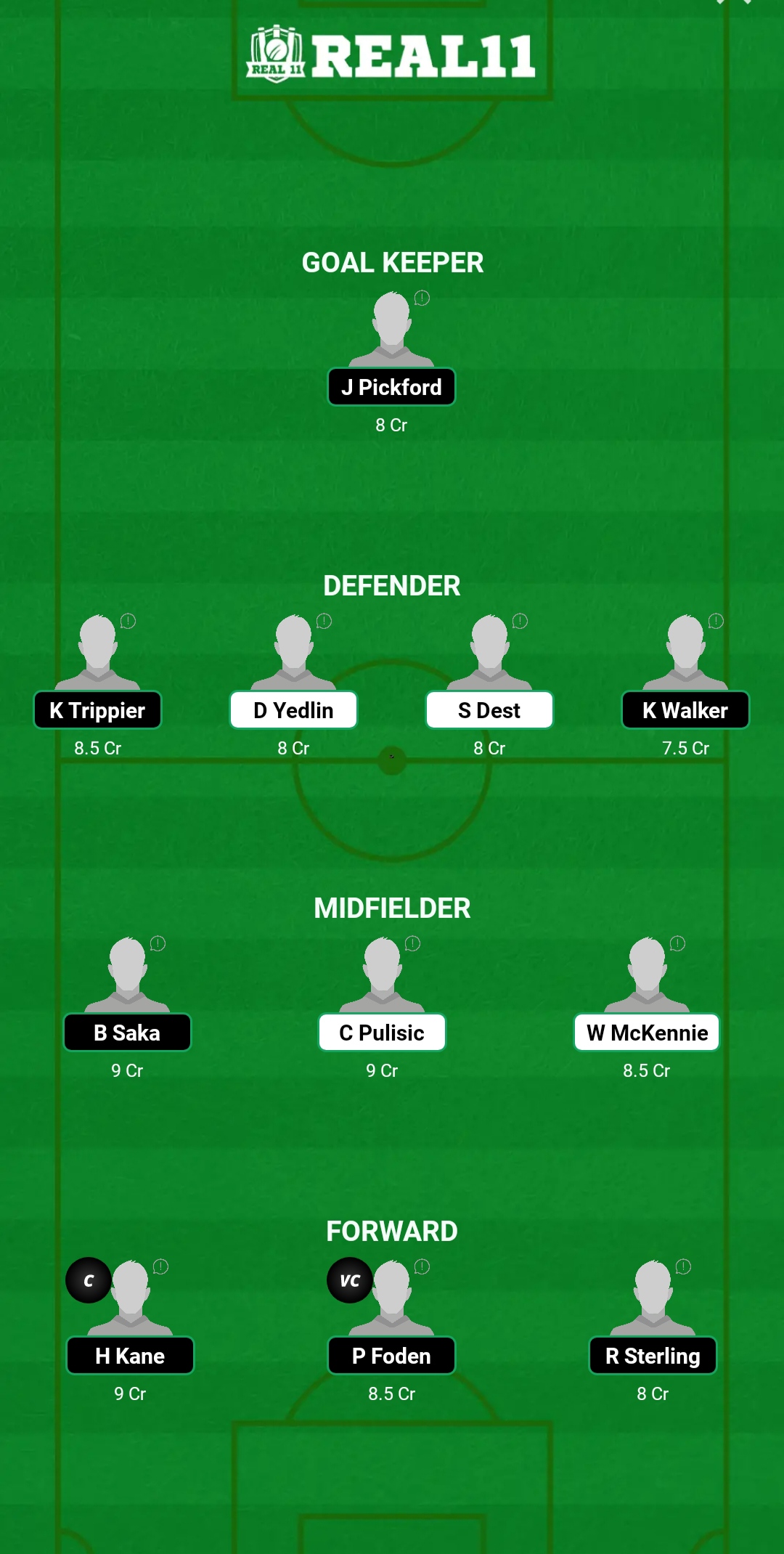