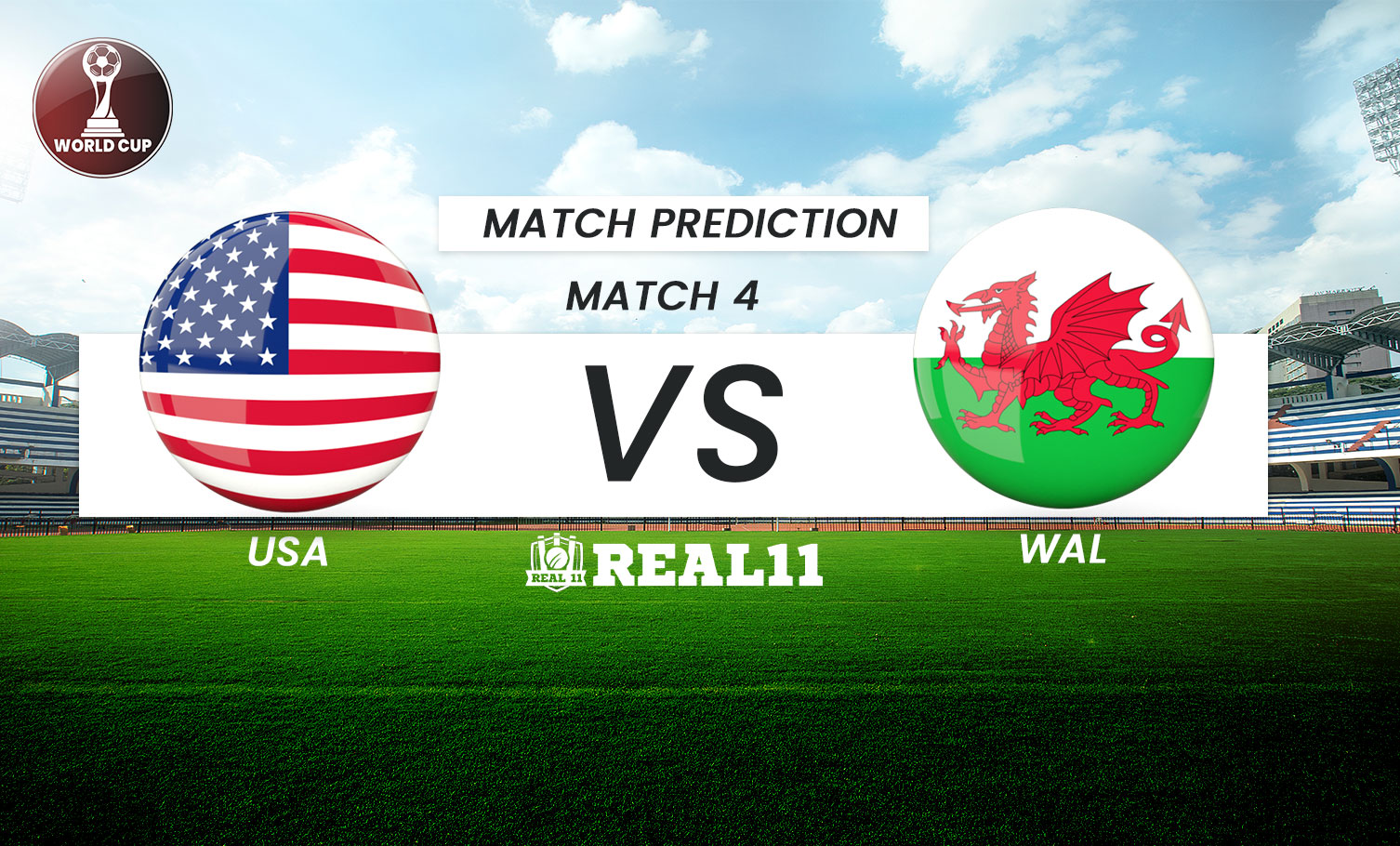 United States vs. Wales will play this start at 12:30 AM IST this Tuesday for the first time from Group B of the Qatar 2022 World Cup. It will be the return to the World Cup for both teams. The match will be played at the Al Rayyan Stadium.

The United States returns to the highest soccer competition between nations after being absent in Russia in 2018, this being its eleventh appearance in the tournament, and where it will seek to improve its best historical performance achieved in 2002 when it fell by the minimum in the quarterfinals against Germany.

On the other hand, 64 years have passed since Wales last appeared in the World Cup (1958), the longest gap between participation by a nation in the tournament's history. After finishing second in their qualifying group, it was against the Czech Republic in the playoff that the Welsh achieved the long-awaited pass to the World Cup.

The youth of the North American team is the distinctive characteristic on which coach Gregg Berhalter bases his plan, he will become the first person to represent the United States in a World Cup as a player and coach after having played in the tournament in 2002. The average age of 25.2 for the Stars and Stripes squad places them as the second youngest team in the tournament, only behind Ghana with 24.7 and ahead of Spain and Ecuador with 25.5. This generational change allowed the North Americans to place third in the Central America Football octagonal final with 25 points, ensuring a direct pass to Qatar 2022.

Ten Welsh players included in Rob Page's squad were not born on Welsh soil, putting them alongside hosts Qatar as the team with the fourth most naturalized players in their squads.

How do they get there?

Between friendly matches and the Nations League, those led by Gareth Bale do not seem to arrive in their best form. This is the result of six games played since June this year, without having won any of them, reaping only one draw and five losses. In five of the six games mentioned, they have had less possession of the ball than their opponent, in addition to having outshot their rivals in only two of these games.

The United States arrive in a state of balanced form, having won one, drawn three, and lost another of the last five games they have played since June of this year. In addition, possession of the ball was always favorable for them in these matches.

USA: The American Soccer star Giovanni Reyna has scored four goals in 14 international matches for the United States of America. Reyna turned 20 this month and could become the 14th player in US history to appear in 15 games under age of 21. One of the previous thirteen to do so was his father Claudio Reyna in May 1994, who also started 10 World Cup matches between the 1998 and 2006 editions.

WAL: On the Welsh side, nine of the Dragons' 13 goals in their last two major tournaments of European Championship 2016 and 2020 have been with the participation of Gareth Bale or Aaron Ramsey, either scoring or assisting, making them the main threat to their rivals.

The match seems to be very even, surely it will be very disputed in the defensive sector, so it is more likely that the match ends with a draw with few goals and both divide points.