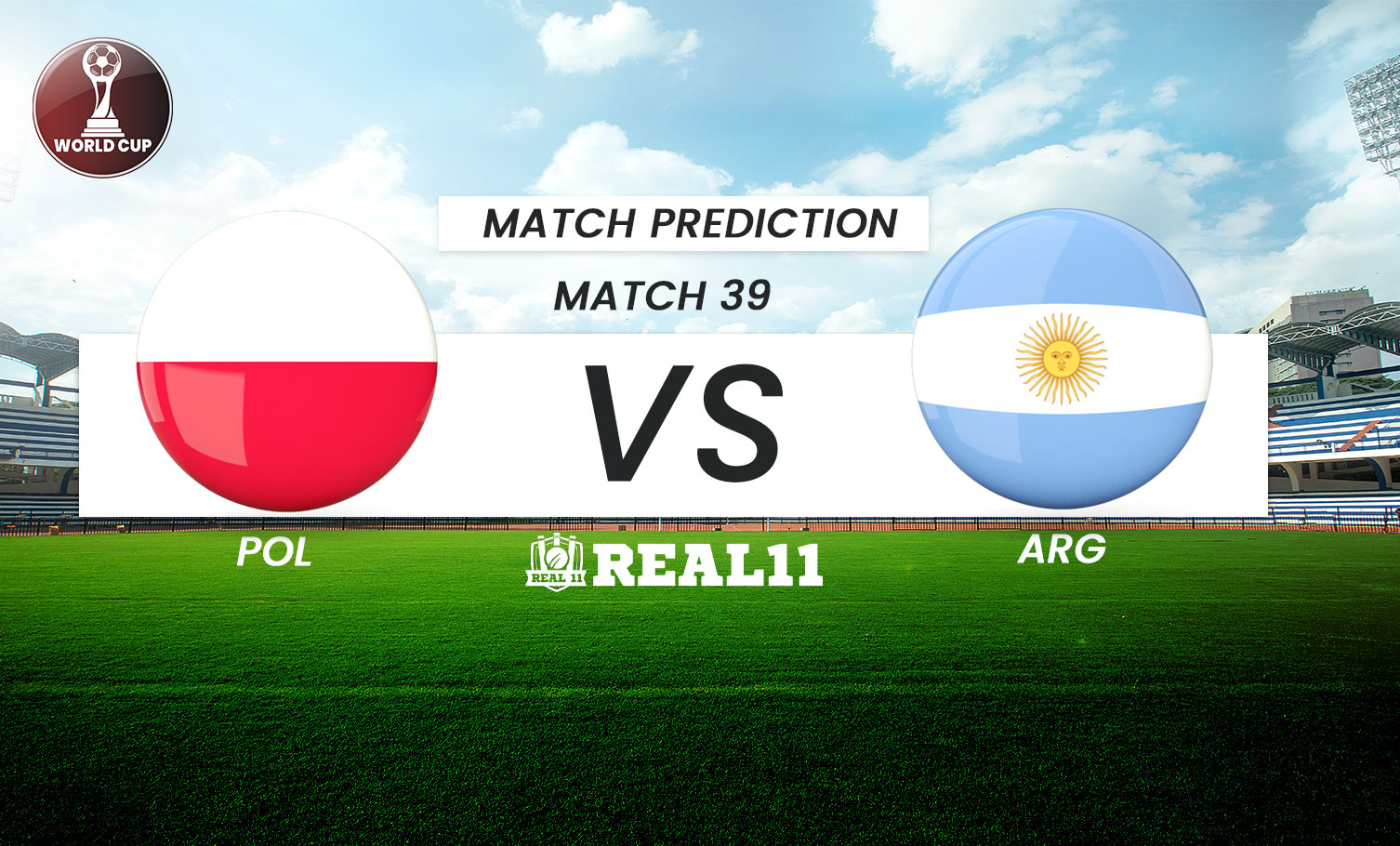 Poland will be facing off Messi's Argentina in tonight's group C fixture and the winner will advance to the Round of 16 of the WC 2022. Both sides in this Group in which anything can happen and in which both have the same objective, to win and be first in Group C; Stadium 974 in Doha will witness this exciting football match.

Poland is currently leading Group C after beating Saudi Arabia 2-0; with 4 points the panorama of the Poles is a little clearer, and this Thursday they are determined to add the 3 points against the Argentine National Team against which they will face for the third time in the WC.

A draw is enough for the Polish National Team to ensure their presence in the Round of 16; while the victory in addition to the classification guarantees him first place in the Group, something he has not achieved since the 1982 World Cup, an edition in which he ended up being third.

Without apparent casualties, Poland is entrusted to Lewandowski who scored his first goal in a World Cup against the Arab National Team. Their defense is another of the strengths that Poland clings to since in this edition they have not conceded goals, even having a penalty saved by goalkeeper Szczęsny who could become the fourth goalkeeper of the century with a triple clean sheet in the group stage.

With all the uncertainty that existed in the preview of Argentina vs. Mexico; the Albiceleste appeared at the Lusail Iconic Stadium and beat Tri with a score of 2-0, a great goal from outside the area by Messi that opened the Mexican lock and near the end (86') it would be Enzo Fernández who would put the final 2-0. Triumph freed not only a national team but an entire country, and this Thursday Scaloni 's men go to win and rekindle their hopes of getting their third World Cup title.

There is an important piece of information that the Albiceleste Selection should take into account, and that is that they have lost their last two WC matches against European sides; Croatia 0-3 and France 3-4 both matches in Russia 2018, the match against France where they were eliminated from the tournament in the Round of 16 instances.

This is possibly Messi's last chance to win a World Cup, and it is Rosario himself who gives the Albiceleste fans reason to believe; after becoming the first oldest player and the youngest to score and assist in the same World Cup match, something that had not happened since 1966.

POL: If Poland has to win tonight's match then those two will be key to keeping the Polish attack at bay. Zielinski, who was crucial to Poland's triumph over Saudi, will be Poland’s main hope and the captain Lewandowski can also play a crucial role in this match.

ARG: Messi already has 2 goals in this WC campaign and he is one of the most important players in any match that he plays. However, some sources suggest that Argentina will play center-back Romero and right-back Nahuel Molina in this match against Poland, both 24-yrs-old, in place of Lisandro Martínez and Gonzalo Montiel.

It is going to be a very tense match; Argentina, in addition to being the favorite to take the 3 points, is also the most in need since it must win yes or yes to be able to secure first place in the Group without depending on another result. In addition, being in the first place would possibly avoid France in the Eighth Finals, a team that was eliminated in the last World Cup.

Duel from power to power, where individualities could end up unlocking the game, but even so, it will be a match studied by both teams, since the slightest mistake can leave them out of the WC even more so in a group where nobody has guaranteed classification. 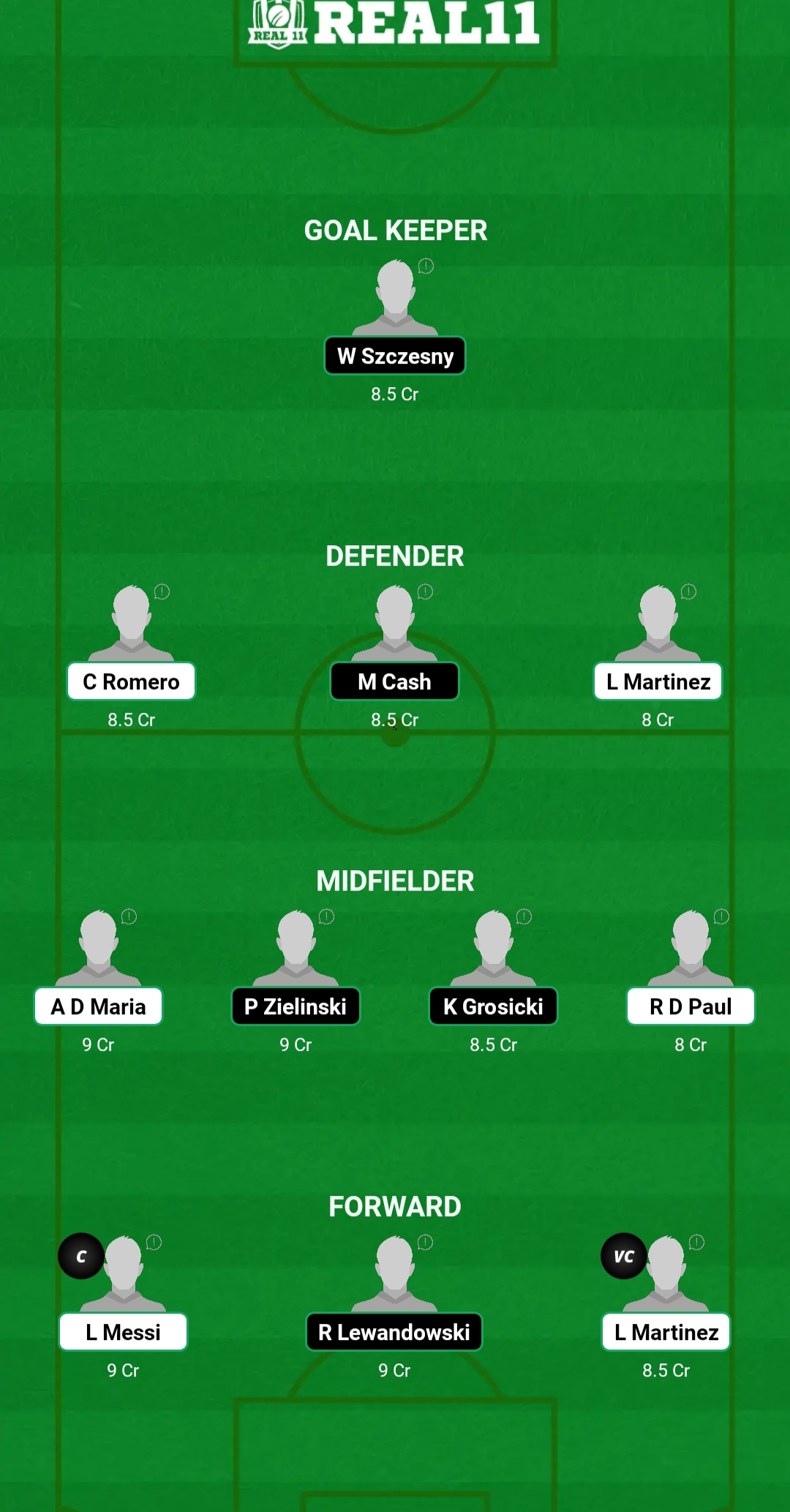