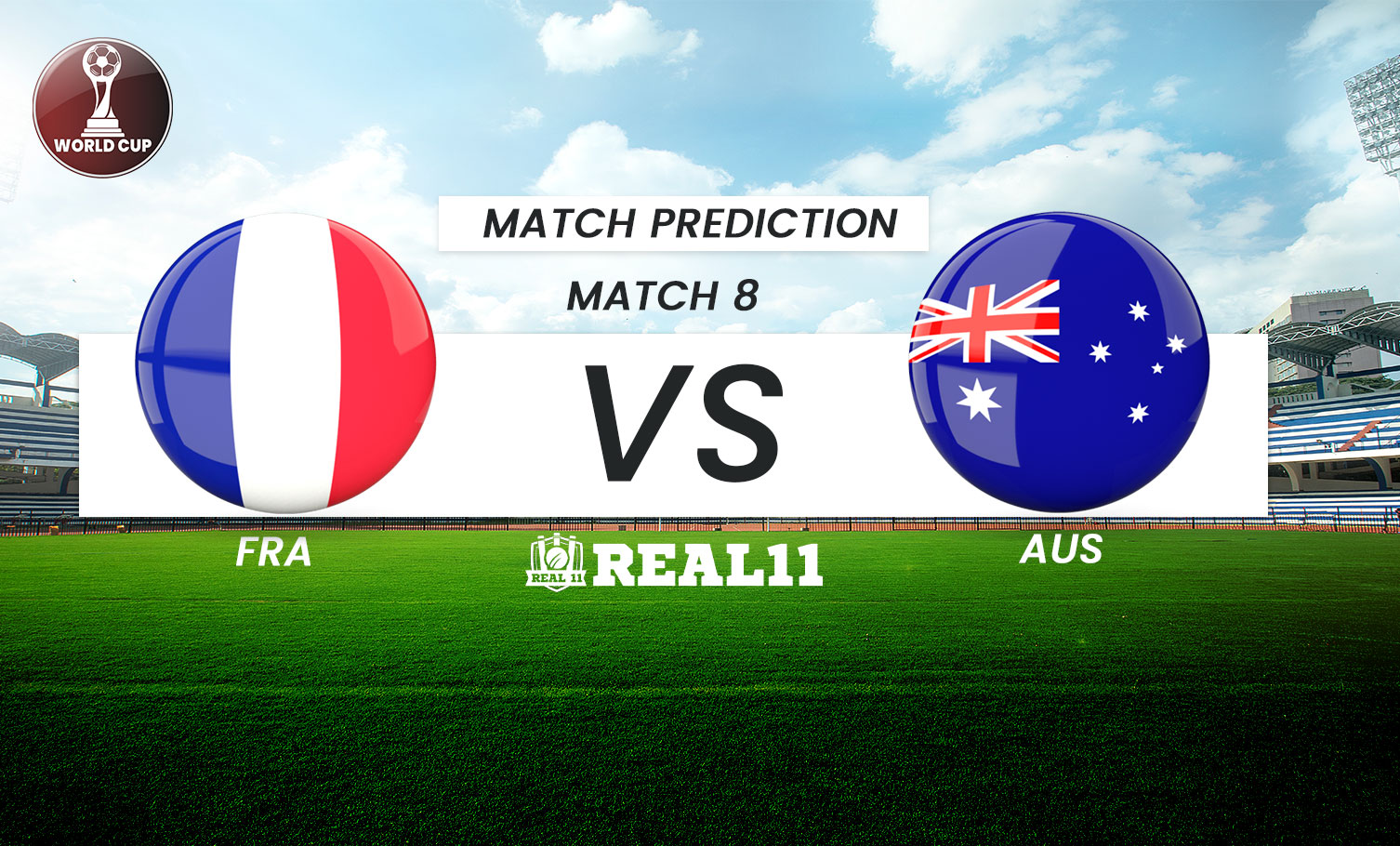 Reigning champions France will kickstart their title defence against Australia at the Al Janoub Stadium on Tuesday. They are one of the strongest contenders in this competition at least on paper. Their recent form however hasn’t been that good. With only one win in six games in the Nations League, the French will be hoping to put up an improved show in their inaugural game of the World Cup. Persistent injuries haven't helped their cause either. After losing the midfield pair of Paul Pogba and N’Golo Kante, France suffered a massive loss in the form of Karim Benzema and Chrisopher Nkunku. Both Benzema and Nkunku were in supreme form in 2022. While the Leipzig forward was involved in 48 goals for his club (37 goals and 11 assists), Karim Benzema grabbed headlines with his stellar performance across all competitions in 2021-22 for Real Madrid. He scored a spectacular 44 goals in 46 games for the Spanish giants. Now, as far as the team selection is concerned for the tournament then we believe Deschamps will probably turn to the same trio he used at Russia 2018, with Mbappe starting alongside one or both of Oliver Girourd and Antonie Griezmann.

The first hurdle in France’s title defence is Australia that only made it to Qatar by the skin of their teeth, needing a dramatic penalty shoot out win against Peru in a play-off to advance.  Substitute Goalkeeper Andrew Redmayne was the hero of that day, but head coach Graham Arnold will need collective effort, if the Socceroos are to improve their WC record. In their last five appearances, they have been eliminated from the group stage on four occasions, progressing only in 2006. They have won only 13% of their matches at the World Cup (Two wins in sixteen matches). To make matters worse, they have a few injury concerns to deal with. Martin Boyle, who pulled out of the tournament sustaining a knee injury has been replaced by Melbourne City winger Marco Tillo.

FRA: Losing players like Benzema and Nkunku is never a good thing, but the blow is relieved when you can still turn to the most electric attacker in global football. Kylian Mbappe is our pick for this game. He played a key role in France’s triumphant run in 2018, scoring four goals in seven games. During the tournament, the youngster not only became his nation’s youngest-ever goalscorer at a WC, but only the second teenager to score in the final after Brazilian legend Pele. He is in lethal form for PSG this season, with 19 goals in 20 games

AUS: Mat Ryan will hold the key for the Socceroos. He is vastly experienced and is likely to face a lot of shots against the world champions. The former Valencia and Arsenal goalkeeper has not played much for Copenhagen this season, with Kamil Grabara favoured, although he played all 11 of Australia's AFC World Cup qualifying matches in the third and fourth rounds.

France are overwhelming favourites to win this encounter, however, one cannot write off Australia that easily. 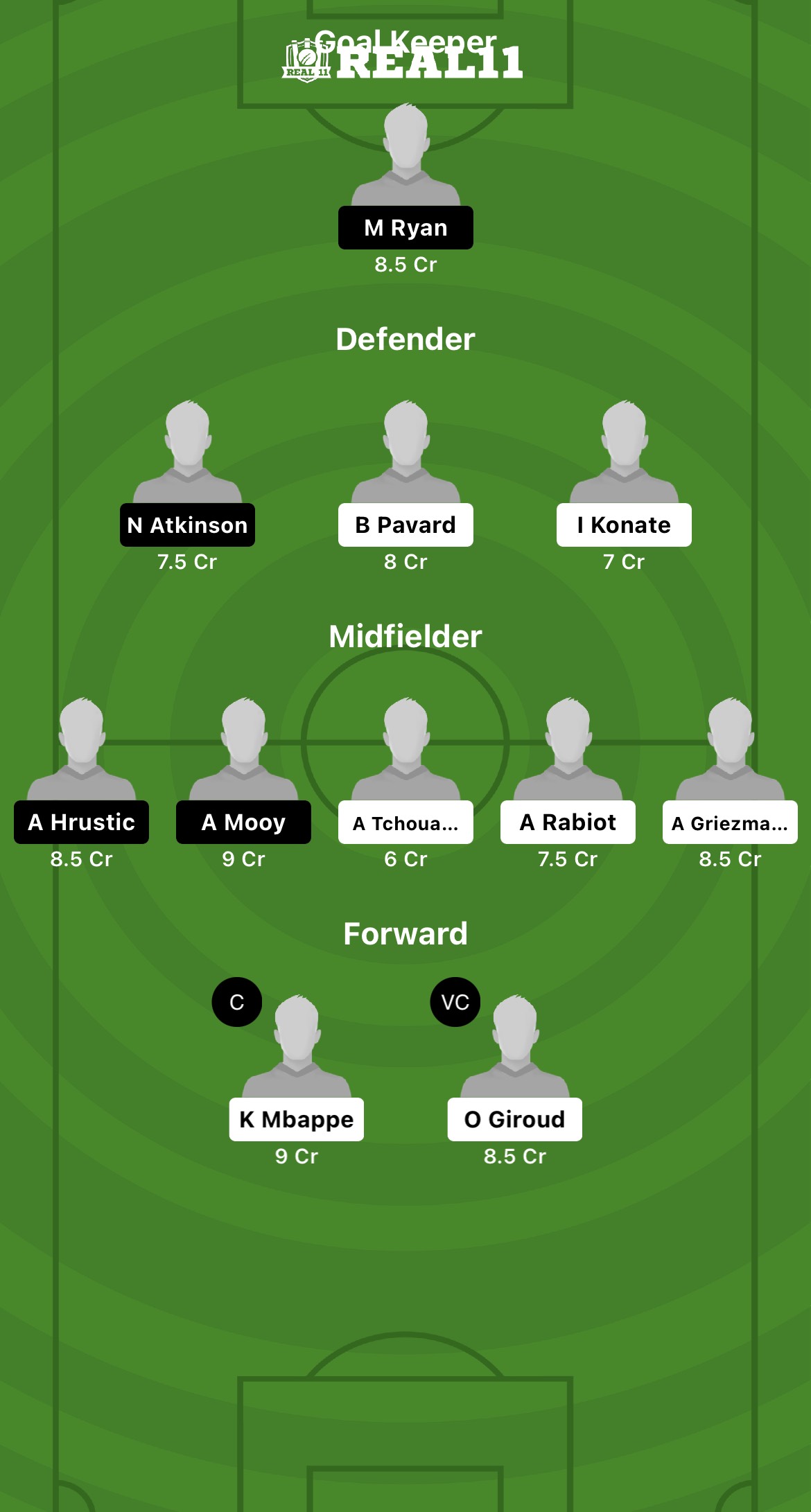