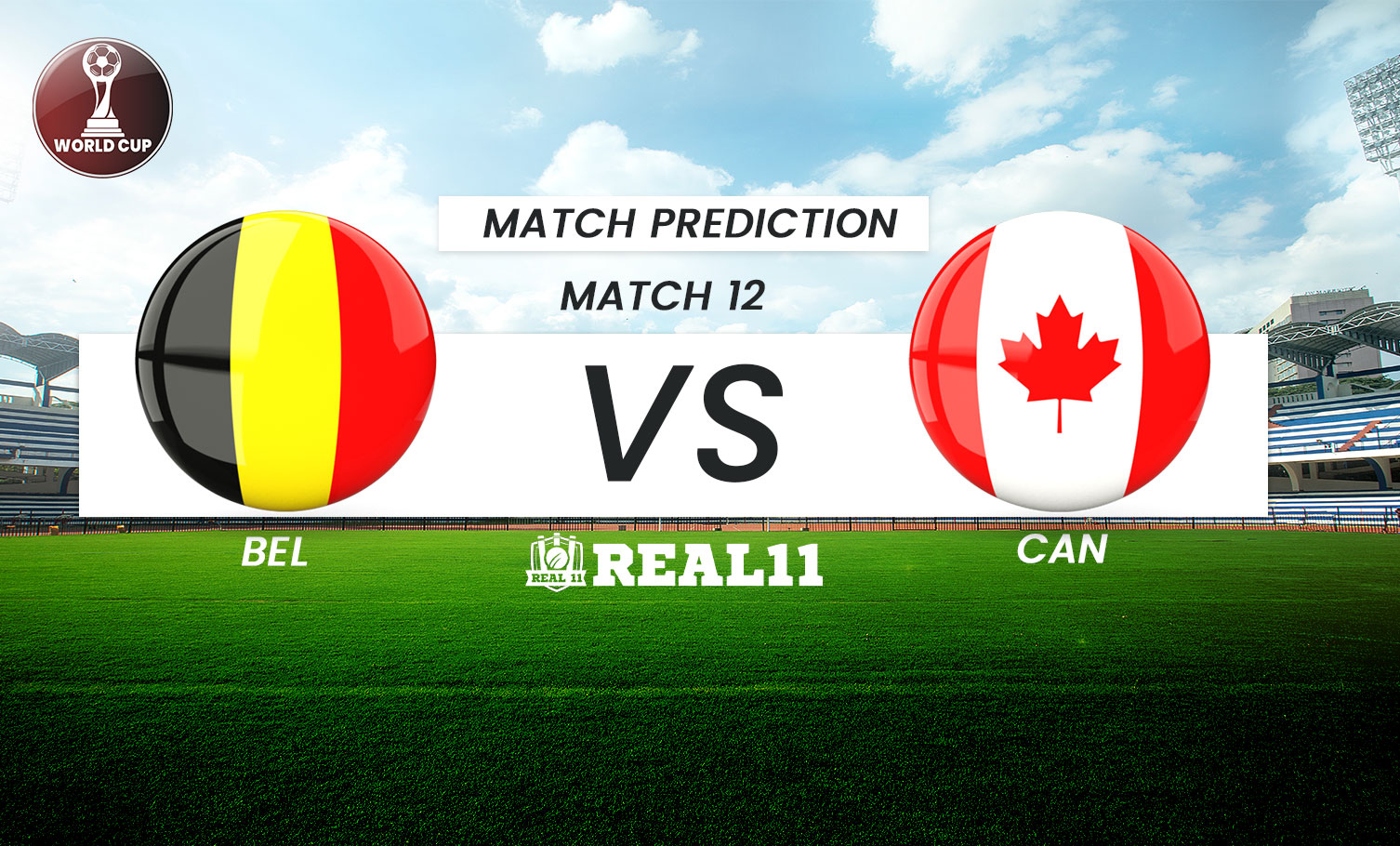 Belgium and Canada will meet this Thursday starting at 12:30 AM IST at the Ahmed bin Ali Stadium, in a Group F fixture of the World Cup. Both teams will be looking to start their campaign with an early win in the tournament.

The Belgian team led by the Spanish Roberto Martínez comes from losing 1-2 last Friday against Egypt, in an international preparation friendly, and raised the alarms of all the fans and those who expect more from this selection made up of various figures. As far as the European Qualifiers are concerned, BEL comfortably qualified at the top of Group E with 20 points, ahead of Wales, the Czech Republic, Estonia, and Belarus.

Regarding the formation for the debut, the historical goalscoring striker of the Red Devils, Romelu Lukaku will miss the first encounter of WC 2022 against Canada due to a thigh injury, so his place at the point of attack would be Michy Batshuayi.

For their part, the Canadians beat Japan 2-1 last Thursday in a friendly, with goals from Steven Vitória and Lucas Cavallini, from a penalty, but the week before they had a worrying 2-2 draw with Bahrain, with goals from Ismael Koné and Ali Haram against for those from North America. In Central America Qualifying, Canada led with 28 points along with Mexico and ahead of the United States, Costa Rica, Panama, Jamaica, El Salvador, and Honduras.

“He has been able to train normally and is smiling. It's fantastic. This is his moment, his WC. He is getting ready and we are finalizing the last details. The mentality helps injuries heal a little sooner. He wanted to play and our medical staff has done their bit”, Canadian Coach John Herdman declared in the preview of the match about his player Alphonso Davies, who could go from the start.

It is the last chance for the Belgian golden generation. They have already reached the quarterfinals in Brazil in 2014 and the semifinals in Russia in 2018. Results, when viewed in perspective, are not bad for a country whose soccer tradition only began to be reborn in the second decade of the 21st century.

However, more is expected from Belgium Coach Roberto Martínez. And no, it's not greed. Why? Because when the team has good players like Kevin De Bruyne, Romelú Lukaku, Thibaut Courtois, Dries Mertens, and Jan Vertonghen, much more is expected from them. At least one final, as Croatia did back in 2018.

On the Canadian side, it has been 36 years without attending a WC. But this time Canada is fully prepared to take on some of the big football giants in this edition of WC. The squad was surprised by the Central America qualifiers. They qualified first and did not shrink against Mexico or the United States, which are the most dangerous teams in the tournament. They didn't lose to either and he beat both.

BEL: The star midfielder Kevin de Bruyne and goalkeeper Thibaut Courtois, arguably the only two world-class players in the Belgian squad, will be key to Belgium’s chances in the absence of Lukaku against Canada.

The first matches of a WC are always complicated by stress and the importance that this brings. And while this could be the case with the Belgian side when they might be forced to perform well, the talented group of youngsters and experienced players like De Bruyne and Courtois will make things much easier for them.

However, Canada might not be the favorites in this match but they could do what Saudi Arabia did to Argentina last night and might upset Belgium in the same fashion. But apart from all odds, we say Belgium 3-1 Canada. 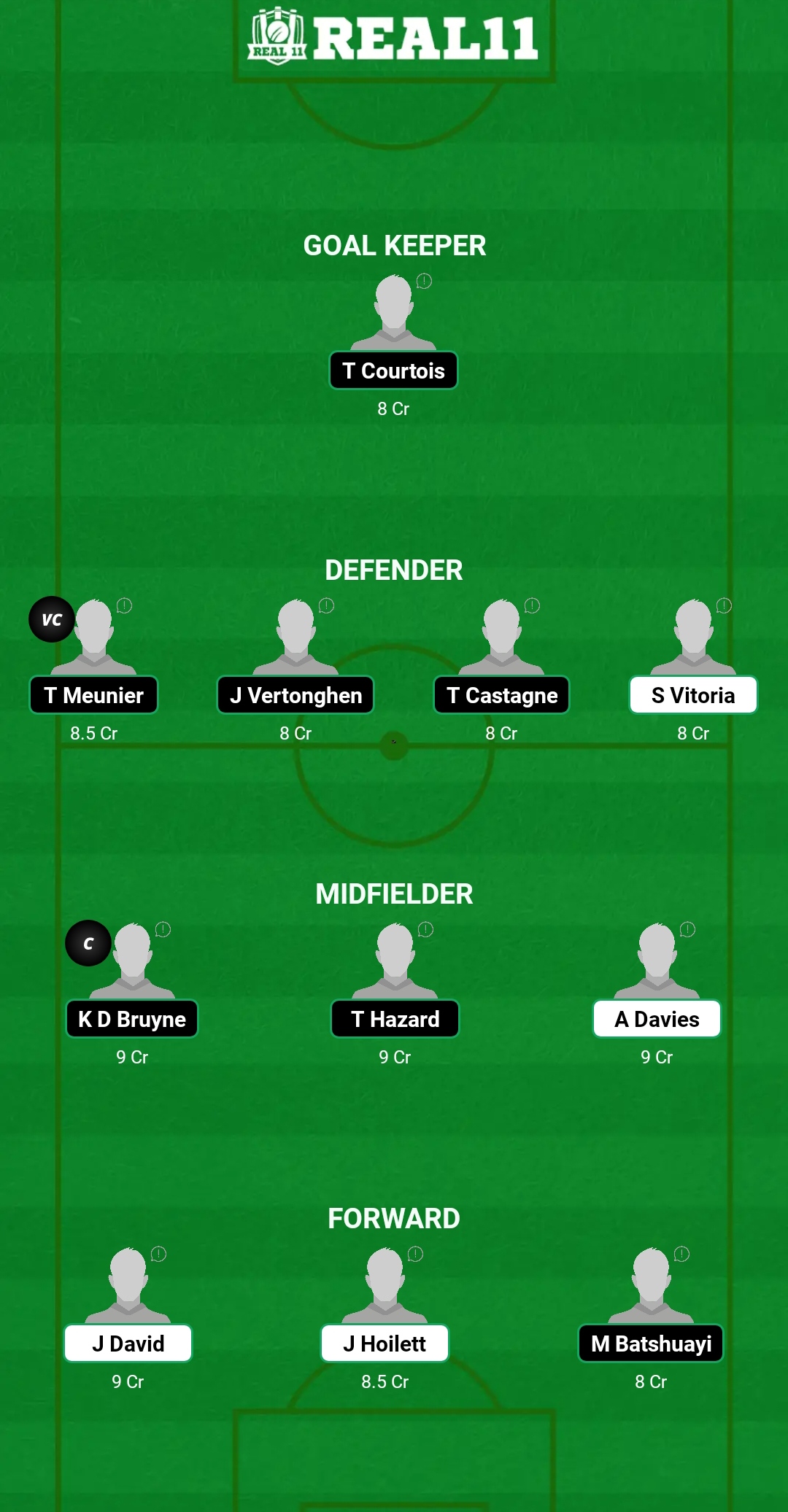