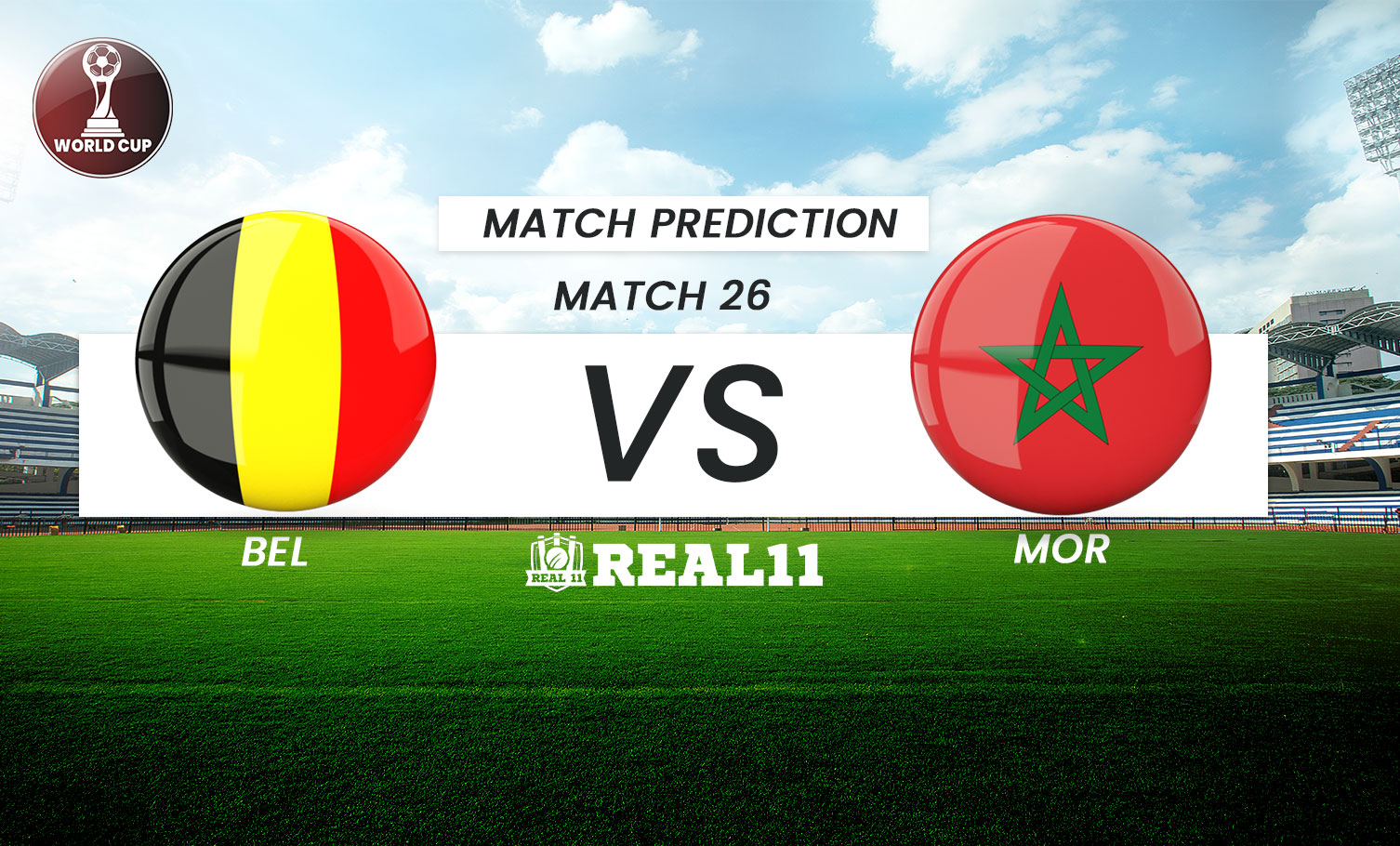 Belgium's quest for a first World Cup continues on Sunday, when they face Group F opponents Morocco at Al Thumama Stadium, with the aim of advancing at least one step further.

After defeating Canada in their first encounter, the Red Devils will now try to beat the Atlas Lions, who held Croatia to a goalless draw. Belgium began their latest quest for an elusive major title on Wednesday evening, taking on a team that had been absent from the World Cup finals for over four decades, having qualified with remarkable ease, averaging over three goals per game in the process.

Throughout the first half of the teams' match in Al Rayyan, Canada prospered on their return to the world stage, and had an early penalty saved by Thibaut Courtois, but Michy Batshuayi's 44th-minute strike eventually decided the three points' fate.Only starting in place of injured superstar Romelu Lukaku, the Fenerbahce striker delivered an all-important opening day win as other players, notably midfielder Kevin De Bruyne - who curiously received the official 'Man of the Match' award - struggled. Belgium leads their group after a goalless draw between Croatia and Morocco earlier in the day, but they will undoubtedly need to pick up their efforts when facing more difficult opponents on Sunday.

It's likely that Batshuayi will continue to shoulder the burden up front for an ageing 'Golden Generation,' and his success in deputising for the Red Devils' all-time top scorer - Lukaku has 68 goals from 102 international appearances and five in 10 World Cup matches - could be crucial to their chances in Qatar. In what may be the last roll of the dice for coach Roberto Martinez, the Belgians hope to improve on their third-place finish in 2018, but first they must take care of business against a team they defeated 1-0 in their only previous World Cup meeting, in USA '94.

While Belgium has now won each of their past eight group stage games at the championships, Morocco has found the going much tougher over the years, thus their first-day stalemate with 2018 runners-up Croatia was hailed as a success.

After receiving praise for a strong defensive performance in the teams' match in Al Khor, the Atlas Lions remain in contention for last-16 qualification, which is an acceptable state of affairs given that they have failed to qualify for the World Cup in four of their last five attempts and took only one point from a difficult group four years ago.

Given the pedigree of their European rivals in Group F, current coach Walid Regragui has already recognised that his team is underdog to reach the knockout rounds, but they more than matched their initial opponents at Al Fayt Stadium on Wednesday. While Morocco has now failed to score in more than half of its World Cup matches - nine out of 17-keeping Croatia goalless is a fine day's work.

Following a quarter-final loss to Egypt in the Africa Cup of Nations last year, former manager Vahid Halilhodzic quit, having discarded Hakim Ziyech and Noussair Mazraoui due to disputes, but successor Regragui moved into the dugout and reintegrated both players.

Following a successful start in Qatar, the former manager of Qatari club Al-Duhail now leads his country into another match in which they will almost certainly accept a single point before facing a possibly pivotal showdown with Canada four days later.

With the raucous support of Moroccan supporters derived directly from North Africa and a big expat community stationed in the Middle East, they should at least face Belgium in Doha amid a partisan environment.

BEL: In the absence of Lukaku, Batshuayi stepped up to help Belgium get off to a winning start in midweek. Before being substituted in the 78th minute, he had five of Belgium's nine shots and was the only player to score a goal for the Red Devils. If Belgium can regain control of the game, Batshuayi is capable of repaying them, as he should be buoyed by his crucial strike.

MOR: Morocco has struggled to score goals in World Cup matches, with the stalemate against Croatia marking the ninth time in 17 games that they have failed to do so. Hakim Ziyech is one of the players that may set them off in Qatar, where he had two shots and generated as many opportunities as Croatia. The Chelsea winger has demonstrated the ability to create moments of magic with his left foot, something Belgium will be cautious of.

After a sluggish start to the World Cup, surely a Belgium group still including several top-tier talent can put on a better performance on Sunday. Despite being limited to some extent by a capable Morocco side, they can rely on a moment or two of individual brilliance to seal their second straight victory and begin planning for the knockout rounds. 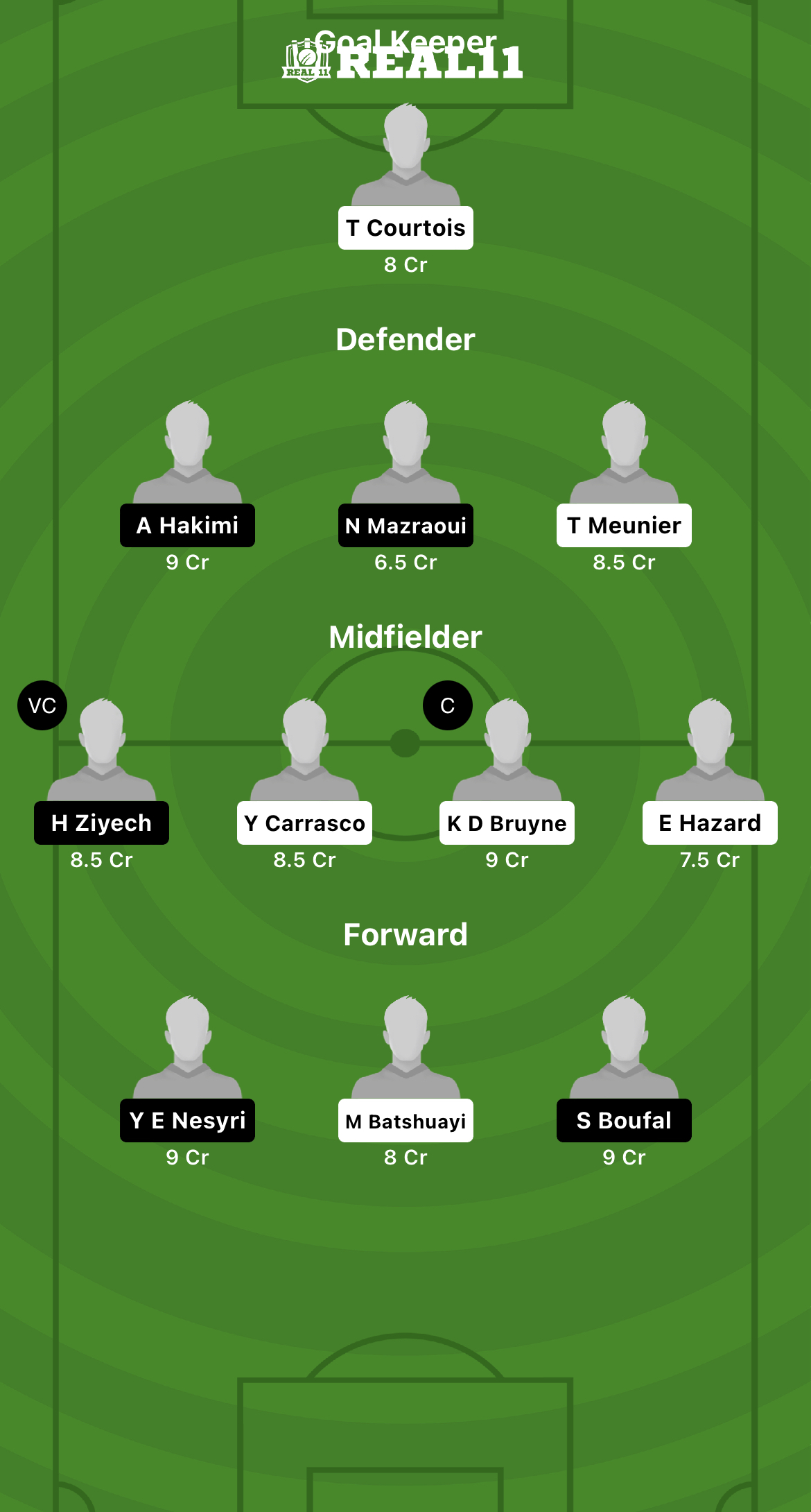