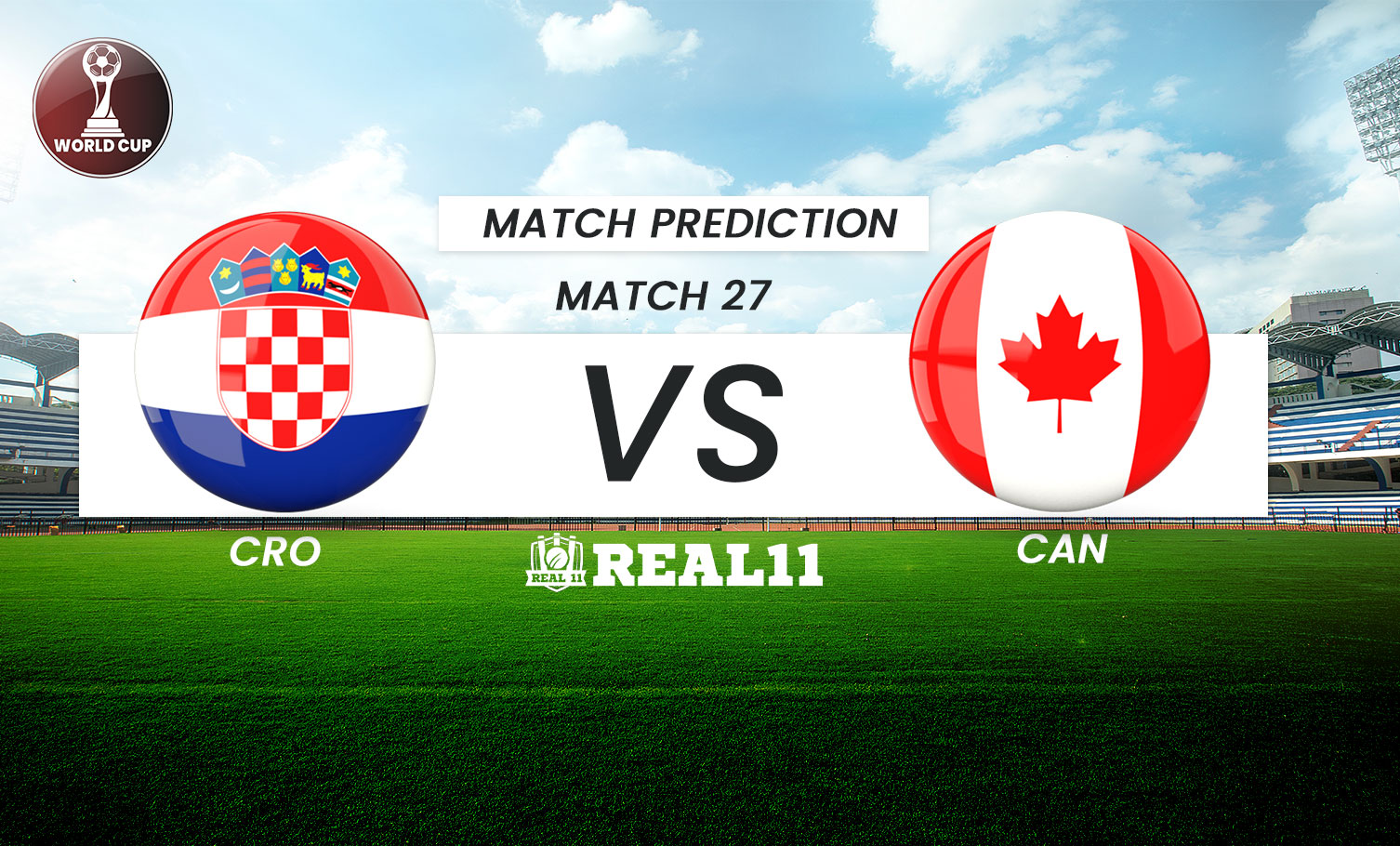 Croatia will lock horns with Canada for the 27th match of the World Cup Gropu F fixture. The match is scheduled at the Khalifa International Stadium on 27 November 2022.

Croatia started off their World Cup campaign against Morocco with a goalless draw. The 2018 Finalists dominated the match against the African side but failed to create a meaningful impact by scoring a single goal.

Canada was making their World Cup appearance after 1986 and got defeated by Belgium by a 1-0 margin on Wednesday. They conceded a goal in a counter-attack which was scored by Mitchy Batshuayi in the 44th minute of the game. Canada had an expected goal ratio of 3 and had more shots than the Belgium side but due to poor finishing and the lack of an experienced striker, they failed to execute successful finishes.

Croatia needs a win in this match against Canada in order to cement a position in the Round of 16. If they miss this opportunity then they will face a must-win situation against a good but aged Belgium side.

Kockasti are having an undefeated streak of seven games across all competitions and will be having an optimistic approach towards this match. The Croatian side were good in the midfield but due to the age and lack of pace, there was hardly any coordination between midfielders and attackers. Luka Modric as we know is the star of this Croatian side who played a dominant role in the game but lacked support from his fellow mid-fielders.

Alphonso Davies as we know is the star of the young Canadian side who stood up to the occasion and decided to take the penalty against Belgium but missed it. Now Davies needs to put on an impactful performance and create another major World Cup upset against the finalists. But this might be a herculean task for the young Canadian side as the opponents are full of experienced veterans who have tasted silverware both at Club and International levels.

CRO: Josko Gvardiol was one of the few players who stood up for Croatia against Morocco. His 115 attempted passes and 102 completed passes created a World Cup record for Croatia. It is his chance to get under the radar of a potential scout of a leading European Club.

CAN:  Alphonso Davies may have messed up the penalty. Even though he was playing in the full-back position he has seven inside-the-box shots against Belgium but all missed the target.

Croatia didn’t stand up to the expectations against Morocco in Wednesday’s match and the World Cup finalists will be resilient to bounce back against a comparatively easier opponent.

While Croatia has good international experience, Canada won hearts with their impressive performance against Belgium. We fancy Croatia to win this duel but we never know if John Herdman's side comes up from behind to create yet another huge upset on the largest stage of football.