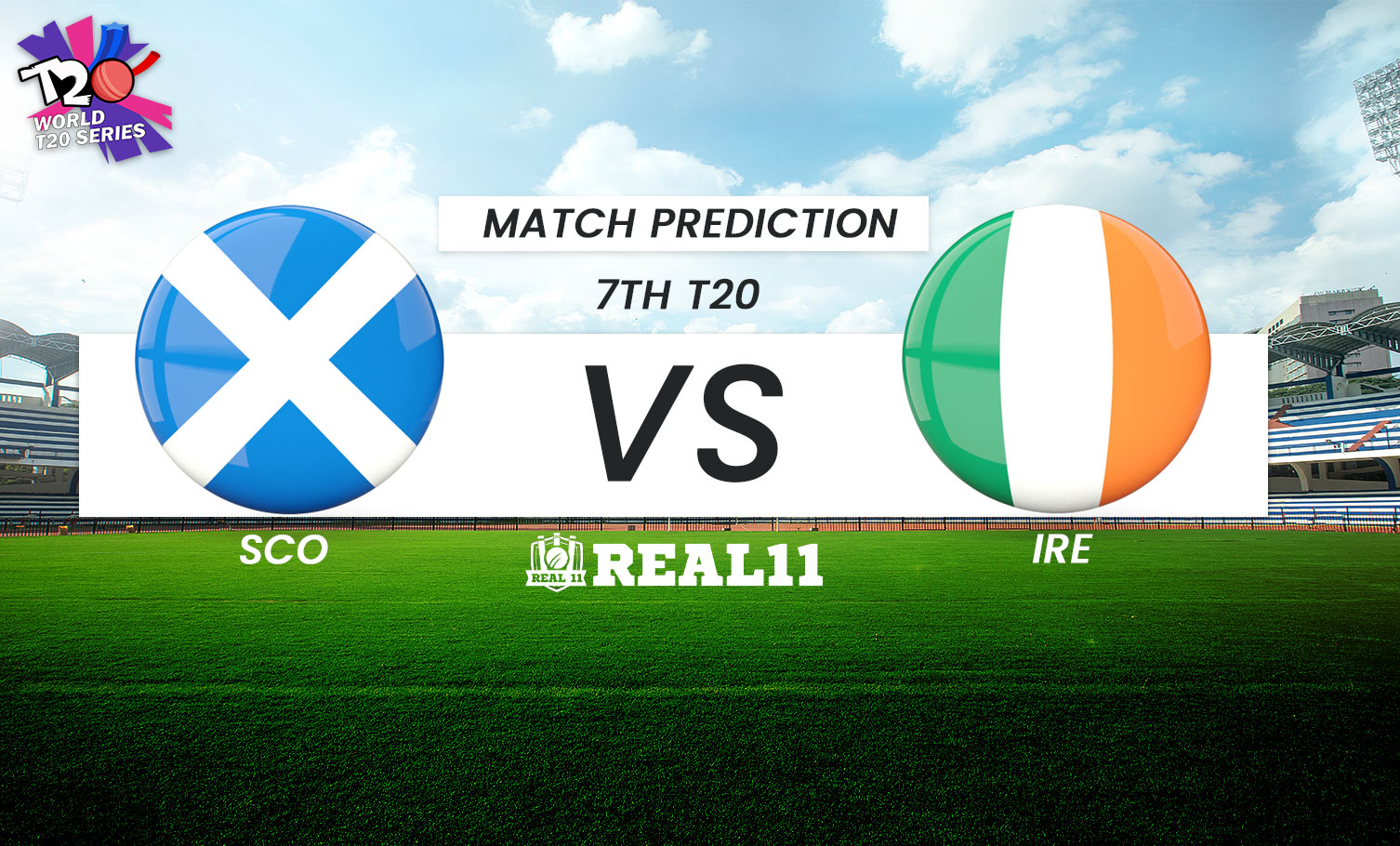 Scotland and Ireland will square off in match 7 of the World T20 Series 2022 at the Bellerive Oval, Hobart on Wednesday, October 19. Scotland stumped West Indies in their opening game. They thrashed the former champions by 42 runs and are riding high on confidence. Ireland on the other hand would be eyeing a comeback after losing their first match against Zimbabwe in their last game. The men in green will need nothing else than a win to remain in the Super 12 stage.

The momentum is with Scotland. They ticked the majority of their boxes against the West Indies. George Munsey’s unbeaten 66 propelled his side to a competitive total of 160. The Caribbeans in reply were bundled out for 118, handing the associate nation a morale-boosting win. Mark Watt was the pick of the Scottish bowlers. He ended the game with impressive match figures of 3/12. He enjoyed good support from Micheal Leask and Brad Wheal from the other end who took two wickets apiece. With the Super 12 berth up for grabs, Richie Berrington and co will look to seal the spot with a win over the Irish.

Meanwhile, Ireland gave a tough fight to Zimbabwe but missed to hold onto the crucial moments. Death bowling and batting would need to step up against Scotland.

The pitch in Hobart is a batting haven with little to no help for the bowlers. 160 would be the par score here.

The weather will be partly cloudy. The highest temperature will be a pleasant 21°C (69.8°F), while the lowest forecasted temperature is a frosty 7°C (44.6°F).

Loran Tucker: With nearly about 680 runs in 43 matches, Tucker is one of the senior players in the Irish setup. He will hold the key for his side against Scotland on Wednesday.

Andrew Balbirnie: The dashing opener is an attractive stroke maker. He has amassed 1660 runs in 79 matches with 7 half-centuries under his belt.

Micheal Leask: Leask failed to create an impact with the bat in hand in the last game but hit a bull's eye with the ball. He picked two wickets and played a critical part in his side’s maiden win in the tournament.

Curtis Campher: Campher is a threatening batter down the order and is a more than handy customer with the ball in hand.

Brad Wheal: Wheal’s pace variations and accuracy with the ball make him a decent pace bowler.

Joshua Little: The lanky pacer is quick, precise and menacing with the new ball. He uses his height to great effect. 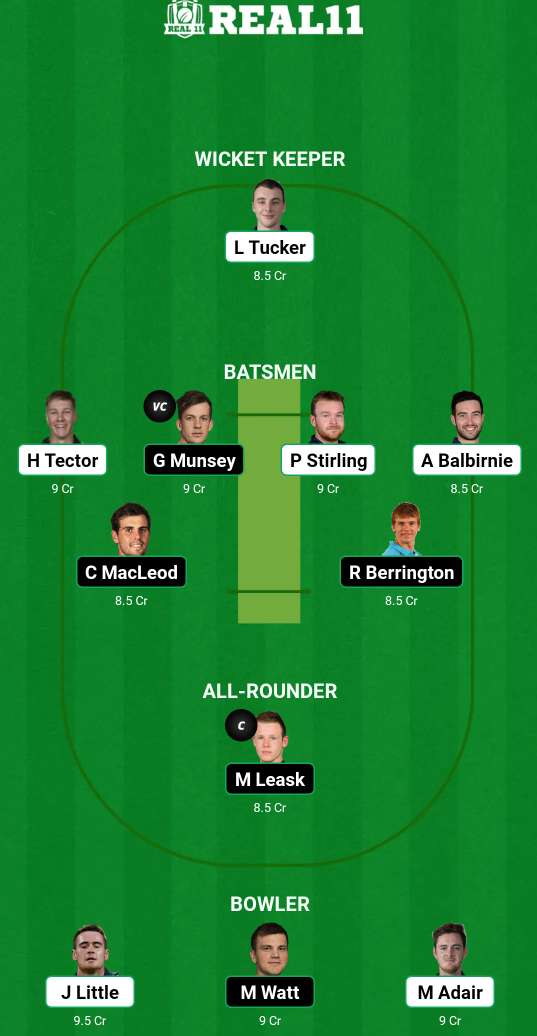