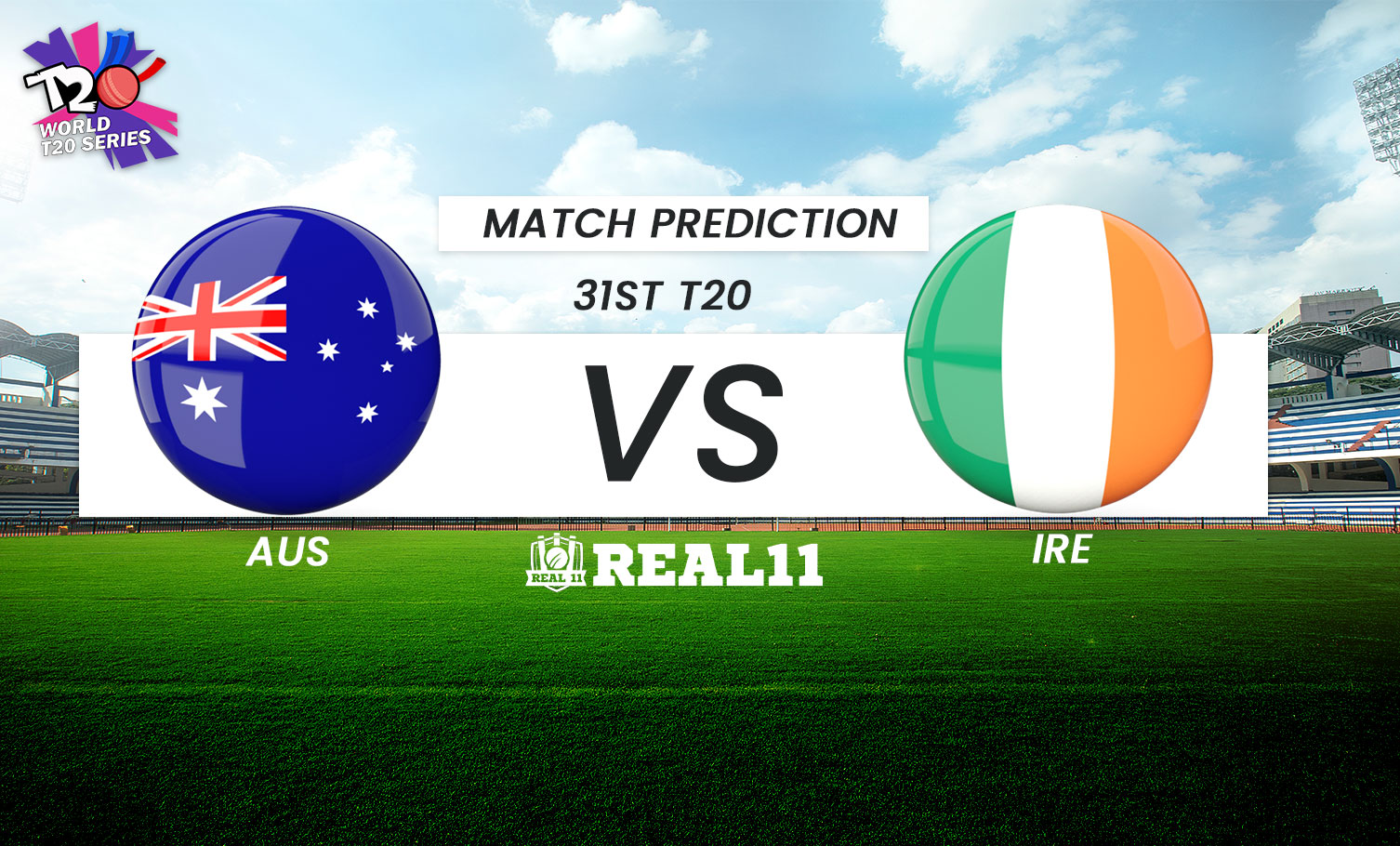 Australia and Ireland will square off in match 31 of the ongoing edition of the World T20 Series on Monday, October 31 at the Gabba, Brisbane. Both teams have had their previous encounters washed out. While Australia’s meeting with England was called off, Ireland shared points with Afghanistan in their most recent fixture. The hosts are currently placed fourth in Group 1 table with 3 points to their name. Ireland on the other hand are positioned just a rung above at third.

As we progress towards the business end of the tournament, net run rate will play a pivotal role in determining the semi finalists. The men in yellow will be aware of this and would thus be eyeing a big win. After facing defeat in their first match, Finch and co bounced back well with a solid win over Sri Lanka. Marcus Stoinis was the chief architect of the resounding win. Skipper Finch struggled to find the meat of the bat but still stood his ground right till the very end. Glenn Maxwell’s form will be a major concern for the hosts as he is yet to find his mojo.

The pace trio of Josh Hazlewood, Mitchel Starc and Pat Cummins will have the onus to pick wickets upfront.

Ireland registered a historic win against England in a rail curtailed match earlier in the tournament. They would be looking to replicate more of the same when they take the field on Monday. Bowling, which has always been Ireland’s weakest suit, has shown promise in this tournament. Joshua Little, Mark Adair and Curtis Campher have bowled with a lot of heart and discipline in the showpiece event. In the batting unit, the men in green have the likes of Andrew Balbirne, Paul Sterling and Harry Tector. Ahead of this key clash, let us have a look at how these two sides will fare out on Monday.

The surface at the Gabba in Brisbane is one of the quickest in the world, and the pacers are likely to gain extra bounce. Ahead of the tournament, a couple of warm up matches were played on this ground, and both of them were dominated by batters. This is an excellent batting surface, and we can expect a high-scoring affair. The ground's quick outfield will also help batters at the Gabba.

The weather will be perfect for a game of cricket. Brisbane's temperature is forecast to fluctuate between 17 and 30 degrees Celsius, with no rain expected during the day.

Matthew Wade- Over the last few years, Wade has emerged as one of Australia’s finest finishers in white ball cricket. He is also a cool customer behind the wicket.

David Warner- The blistering opener has had a quiet tournament thus far. He is vastly experienced and is Australia’s key player with bat in hand.

Tim David- Recognised for his finishing prowess, Tim David is certainly to keep a close eye on. Attacking by nature, David likes to take the attack to the opposition right from the get go.

Marcus Stoinis- Stoinis is coming fresh off a 17 ball 50 against Sri Lanka. He will be eager to continue his golden run with bat in hand. The talismanic player will also have the onus to contribute with the ball.

Josh Hazlewood: The lanky pacer is bang on with the new ball in hand. He is capable enough to move the ball both ways and consistently hit the right lengths.

Joshua Little: Little will enjoy bowling on the bouncy track of Gabba. He is fast, quick and can surprise opposition batters with his well directed bumpers.

Australia will start favourites to win this encounter but will be wary of the Irish threat. Balbirne’s led side has a history of pulling off upsets in the big tournament.

We predict Australia to win this encounter,