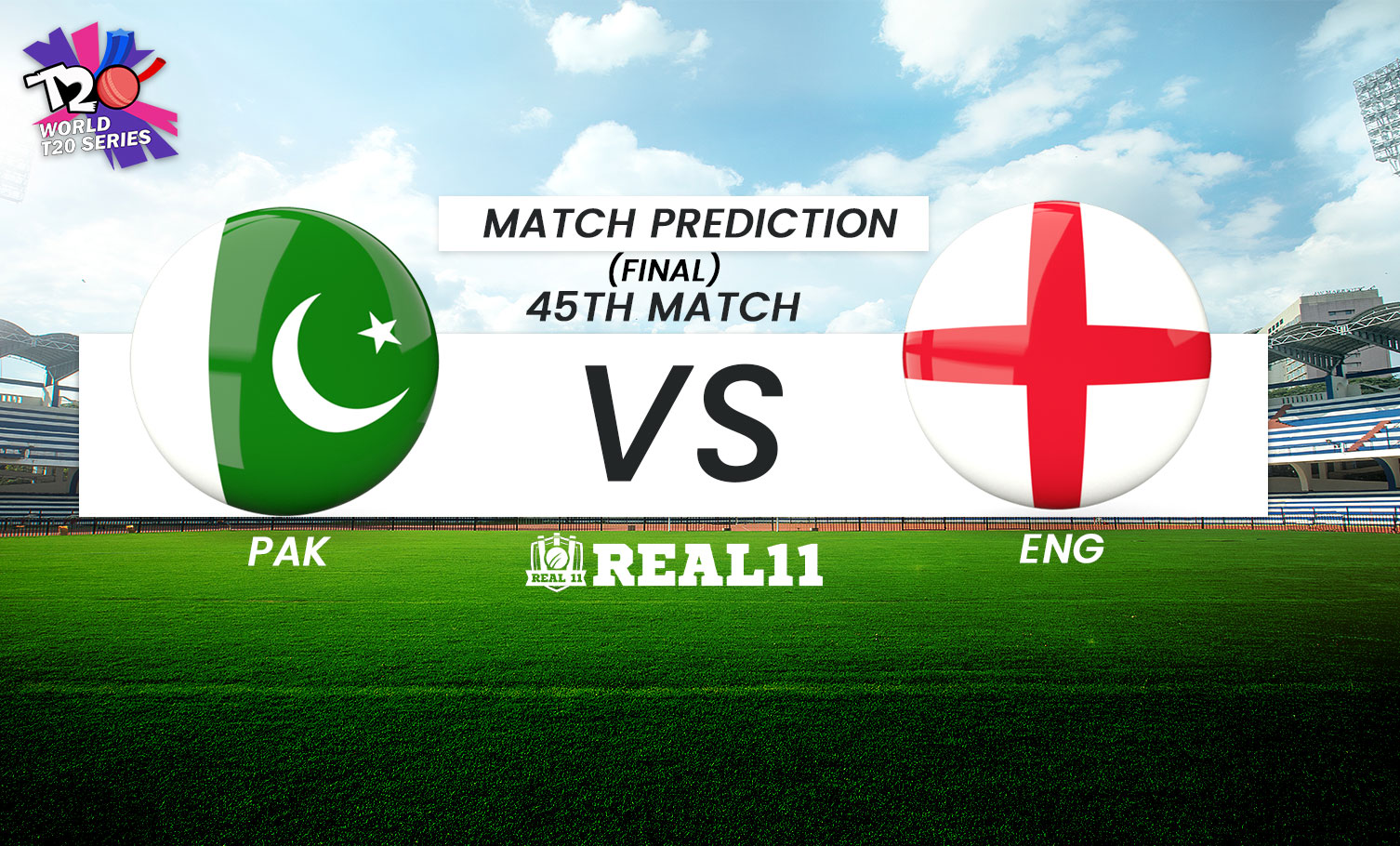 England will face Pakistan in the World T20 Series 2022 Final on Sunday, November 13, 2022, at Melbourne Cricket Ground in Melbourne.

Pakistan defeated New Zealand by seven wickets in the first semifinal match to go to the showpiece event final. The Black Caps, led by Kane Williamson, chose to bat first but only reached 152 for 4 courtesy Darly Mitchell’s unbeaten knock of 53.

In reply, Rizwan and Babar Azam stitched their ninth 100-wicket partnership to help Pakistan win by seven wickets and five balls to spare. They'll try to end the tournament on a high.

England, on the other side, defeated India by 10 wickets in the second semi-final match to go to the tournament's final.

India scored 168 runs in their first innings. In response, English openers Alex Hales and Jos Buttler stitched a record-breaking first wicket partnership and cruised to a 10-wicket win. The Three Lions will seek to keep their winning streak going into the final of the T20 World Cup.

Ahead of the final frontier, let us have a look at how these two sides will fare out in Sunday’s clash.

The surface at Melbourne Cricket Ground offers big boundaries and hence batters have to toil hard to steal boundaries. The bowlers need to work on their line and lengths to pick wickets. Whoever wins the toss will look to bowl first.

According to the Australian Government Bureau of Meteorology, rain showers are extremely likely (around 100%) in Melbourne on Sunday. There's also a chance of a "severe" thunderstorm.

According to Accuweather, Melbourne has a 60% probability of rain during the hours when the match between Pakistan and England is scheduled to take place.

Jos Buttler: The prolific run getter is one of the English team's best white-ball batters. He has 199 runs in five innings at an average of 49.75 in this competition, with a high score of 80* coming in the last game.

Mohammad Rizwan: Pakistan's top-scorer in T20Is in 2022 and this tournament has returned to form just in time. He has 160 runs in six innings, including a fantastic 57 in the semi-finals.

Alex Hales: The top-order batter has smashed 211 runs in five innings and is England's leading scorer. In the previous game, he hit 86* off 47 pitches to help the Three Lions reach the finals.

Mohammad Haris: Haris has been spectacular since his inclusion into the team against South Africa, with his combative mentality and brave performance. He has 89 runs in three games with a strike rate of 161.81.

Shadab Khan: Shadab has impressed with his all-around ability and contributions in crucial situations. In six games, he has 78 runs at a strike rate of 177.27 and 10 wickets.

Sam Curran: The gifted all-rounder has performed admirably, particularly with the ball. He has 10 wickets in five games for England and would like to contribute with the bat as well.

Shaheen Afridi: Shaheen has been constantly picking up wickets and putting pressure on batters in the previous few games. He has taken 10 wickets at an economy rate of 6.17.

Mark Wood: The lanky pacer missed out in the last game due to injury. He is expected to return in the all important final. Wood has been the standout bowler for the Three Lions in this competition. In 4 matches, Wood has grabbed 9 wickets.

Both England and Pakistan have strong and well-balanced teams. England bat deep and  can neutralise any bowling assault on its day. Their team is also full of all-rounders. However, Pakistan's unexpected propensity to ignite on big stages would make them the favourite for the final. 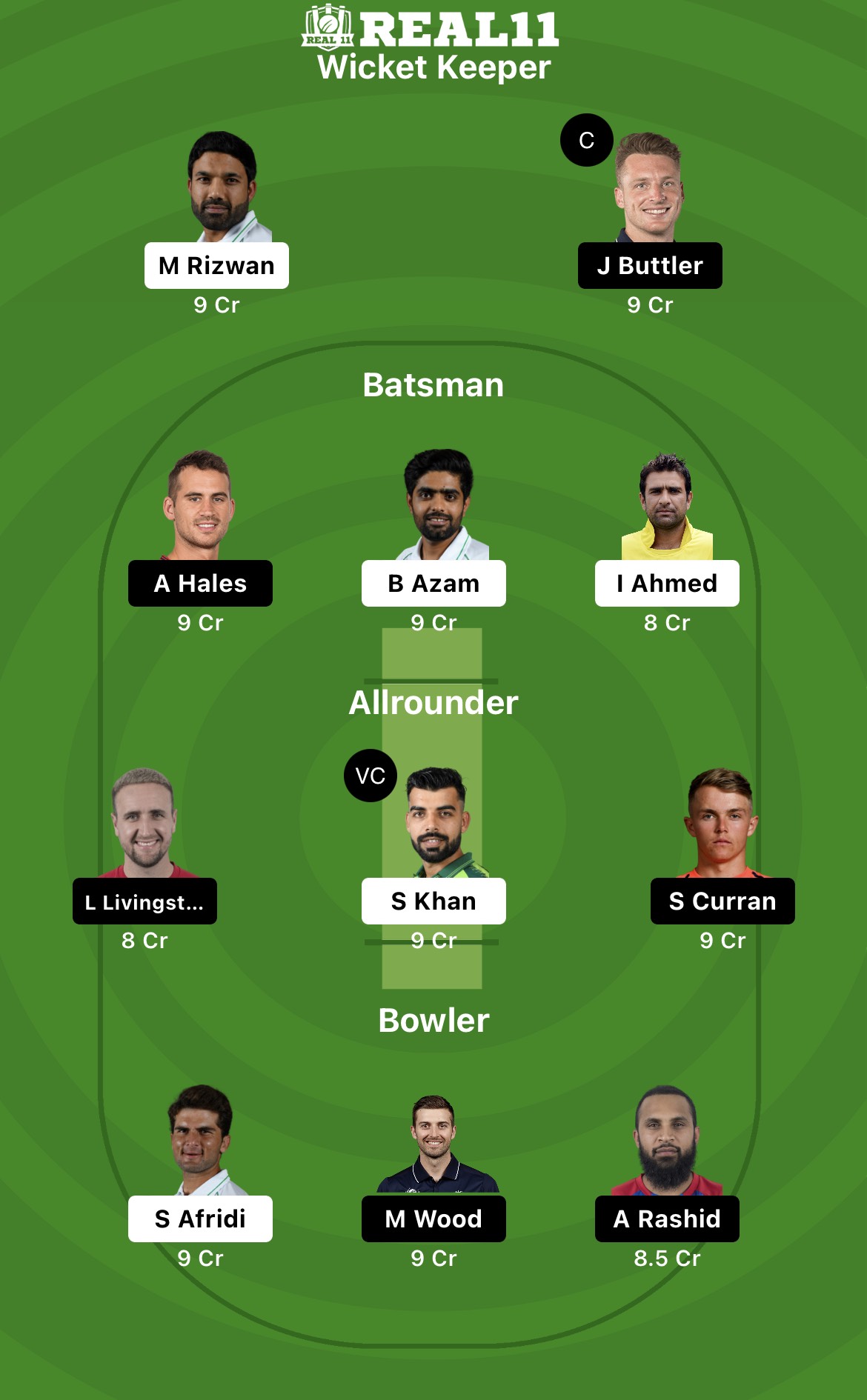