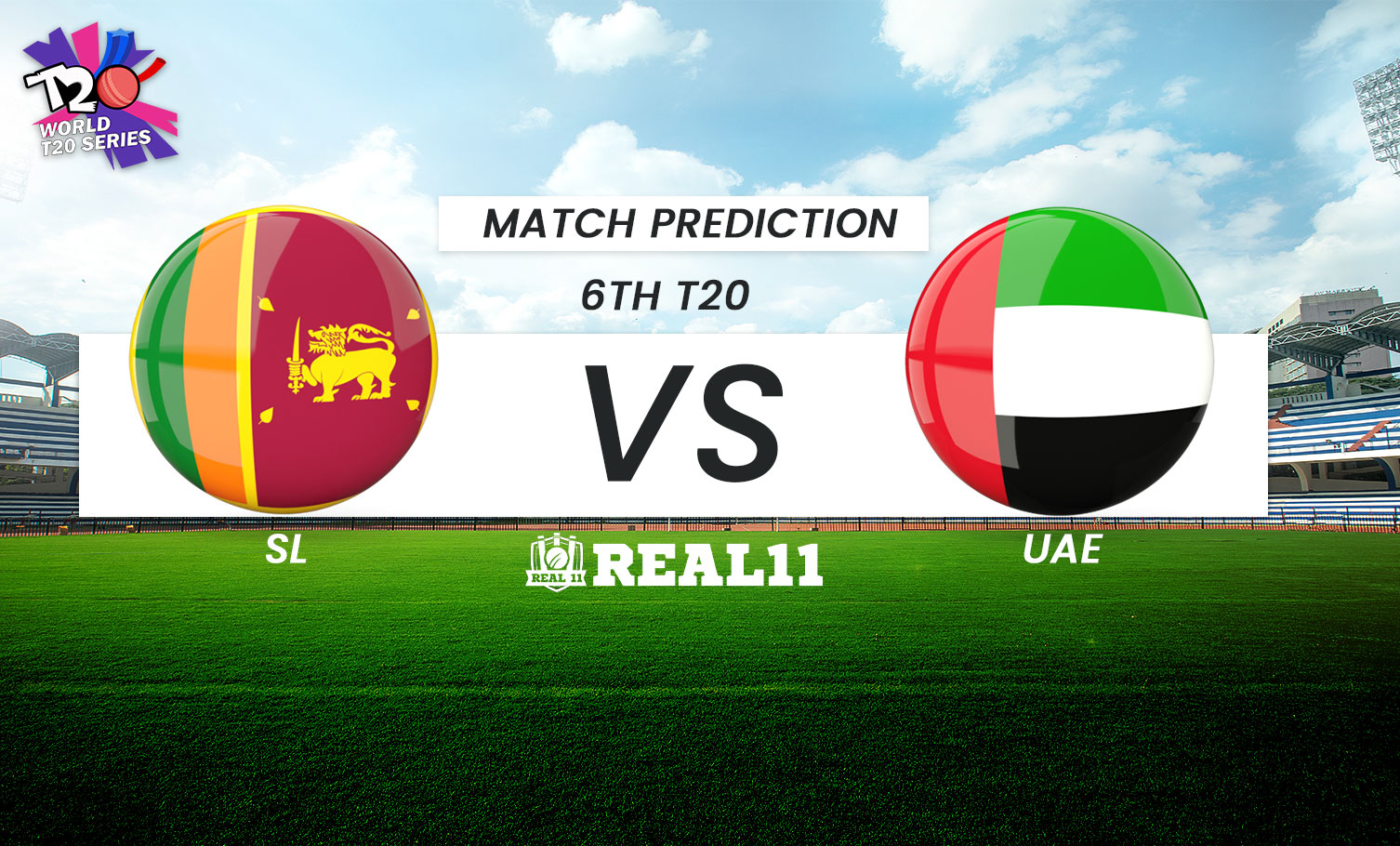 Sri Lanka have started their T20 World Series campaign in the World possible way as they were defeated by Namibia by 55 runs. That is a massive loss for the current Asia conquerors. Their net run rate came down to -2.750 and they would now need big wins to compensate the price for that loss.

In their inaugural match against Namibia, Sri Lanka while bowling first held the Namibia team staggering on 93/6, but later their lower order players were successful in putting up a decent total of 163 in front of them. Jan Frylinck scored the highest (44 runs) among the team. Their batting side was confused and disoriented against the Sri Lankan bowling lineup.

The Lankans in the second innings struggled against Namibia bowlers. The team have to reduce their dependency on Dhananjaya de Silva, Kusal Mendis and Bhanuka Rajapaksa to score huge and chase targets. Skipper Dasun Shanaka, who top scored with 29 runs is among the most reliable players in the team.

The Lankan bowling side doesn't have many issues. Maheesh Theekshana and Wanindu Hasaranga have done an excellent job in the power play and the middle overs respectively. Although the main seamer Dushmanta Chameera failed to play his role and leaked 39 runs in 4 overs, Pramod Madhusudan was the key bowler who picked up two crucial wickets.

On the other hand, the United Arab Emirates lost their first match against the Netherlands, they would be confident as they fought till the end. After posting 111 runs in the first innings, they tightened the leakage of runs in the middle overs and the Netherlands managed to win in the final ball of the match with three wickets left to spare.

The main problem of the UAE team is in their batting side. Chirag Suri and Muhammad Waseem are two of their trusted opening batters. Waseem smashed 41 runs to power the innings against the Netherlands. His career strike rate is of 146.09 and is a crucial asset to the team. Wicket-keeper batsman Vriitya Aravind is another talent to keep an eye on. He has an average of 30 approx in T20Is with a strike rate of 130.41.

Junaid Siddique was the star player from the bowling side. The right-hand seamer took 3 scalps giving away just 24 runs in four overs. Also, Zahoor Khan was the most economical with an economy of just 2.80 runs.

The average score at the Simonds Stadium in Geelong in the T20 first innings is 160 runs. The highest Twenty-20 total at the venue is 196-3. The large boundaries both in front and square of the wicket won’t make it easy for the batting side to score huge runs. The team batting first will be expecting to score a total of around 170 runs.

The soil of this pitch comes from the Gabba so expect some more bounce. Four out of five top wicket-takers in this venue in T20s are pacers, so they will surely have a great time here.

The weather in Geelong on the day of the game will be a little cloudy with glimpses of sunlight.

(i) Kusal Mendis (SL)- He failed to perform well in the inaugural match of the T20 World Series. But still, we expect to see a lot from Mendis. His radius of hitting and temperament makes him a clear favourite for this crucial match against the United Arab Emirates.

(i) Pathum Nissanka (SL)- The opener for the Sri Lankan side made only nine runs in the opening game but has been in sublime touch across all formats of the game over recent months. He is a secure choice for Sri Lanka’s highest run scorer against the Arabian team.

(ii) Muhammad Waseem (UAE)- He continued to demonstrate his powerful form with 41 runs off 47 balls against the Netherlands and the Arabian opener is our pick for the highest run scorer in this encounter.

(i) Wanindu Hasaranga has 72 T20 international wickets in just 45 appearances and he is expected to provide the top all-round performance in the match.

(i) Junaid Siddique (UAE)- Being a medium-fast bowler, Junaid almost turned the table to their side with bowling figures of 3-24 and he will most probably be the best bowler from their side in this match.

(ii)  Maheesh Theekshana (SL)- The young off-spinner was the most economical from the Sri Lankan side while facing defeat against Namibia. He dismissed David Wiese and also scored 11 not out with the bat in hand.

Only one T20I match has been played between Sri Lanka and the United Arab Emirates and that was also back in the 2016 Asia Cup. Sri Lanka won that game easily by 14 runs. Sri Lanka has faced many ups and downs in the last few years when their team was going through a transition phase, but despite their shocking loss to Namibia in their inaugural game of the prestigious tournament, they will start as the favourites for this encounter. UAE will give a tough fight, but we expect the Lankan tigers to dominate the Arabians with ease.