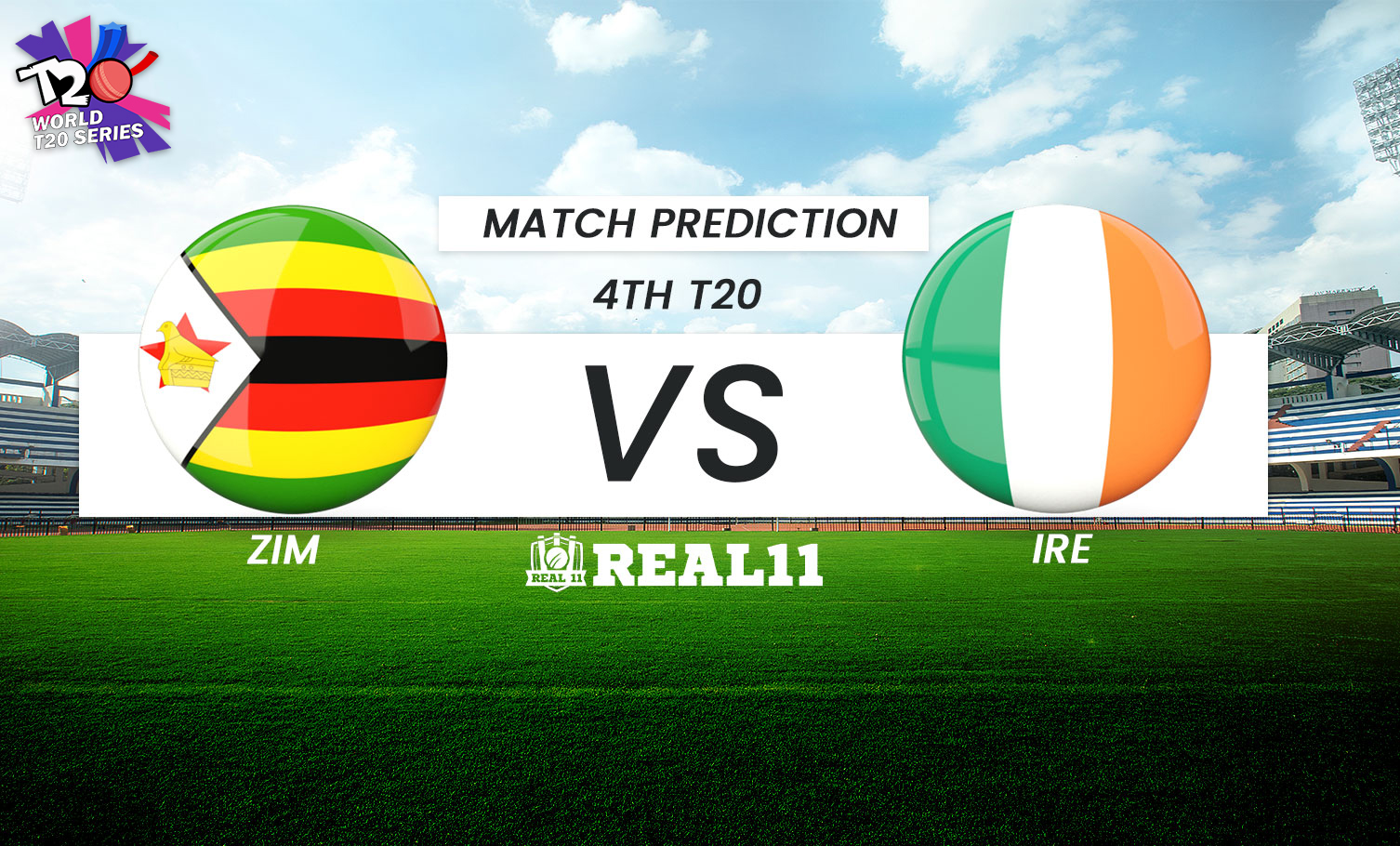 Zimbabwe will cross swords with Ireland in the fourth match of the World T20 Series. The match is scheduled at the  Bellerive Oval in Hobart on Monday, October 17, 2022. Both the teams are emerging with bright talents in international cricket and are surely expected to give their best. Thus this match promises an absolute cracker in the T20 format.

Ireland had a dull time during the 2021 edition as they were knocked out at the time of the qualifiers themselves. Besides, they recently were defeated in their warm-up game against Namibia as well. However, the Irishmen would surely want to turn the table at the correct time. A lot will be dependent on their captain Andy Balbirnie. Despite being out of form, Paul Stirling can never be stricken off and remains a key player for the Ireland Cricket Team.

On the other hand, Zimbabwe have their bowling pack rock solid. Probably Blessing Muzarabani will be leading their pace attack. In their batting department, Sikandar Raza, Craig Ervine and Sean Williams will take charge and some good performance is expected from them

Bellerive Oval has usually registered high-scoring encounters. The pacers will get a good swing at the beginning of the innings. The skipper winning the toss would like to win the toss and chase the target.

Occasional rain and drizzle are much anticipated in Hobart on the match day and we may expect a match by the DLS method.

(i) Regis Chakabva (ZIM)- He is the opening batsman from Zimbabwe. Being the opener he has the probability of scoring more runs.

(i) Paul Stirling (IRE)- With his catastrophic nature, the Irish opening batsman is currently out of form but is expected to return at the correct time and he is well experienced to make a new ball fly all over the park.

(ii) Craig Ervine (ZIM)- He is a well-experienced Zimbabwe batsman whose so many years of expertise will be helpful in their opening encounter. Also, he seems to be the man in form.

(i) Sean Williams (ZIM)- He is capable of producing an all-round performance which makes him the best choice.

(ii) Sikandar Raza (ZIM)- He is a well-established all-rounder who can bowl 3 to 4 overs. He is also a middle-order batsman who can gather fruitful runs for his team.

(i) Josh Little (IRE)- He is slowly engraving his footprint in franchise cricket. The left-arm medium pacer is naturally a wicket-taker.

(ii) B Evans (ZIM)- His performance in the last two series has made him the most valuable bowler from the Zimbabwean side.

Both teams are capable of turning a match to their side anytime during the game. They have young sides who are leaving their footprints in international cricket. But looking into the past few series performances, Zimbabwe are the current favourites to win this match.