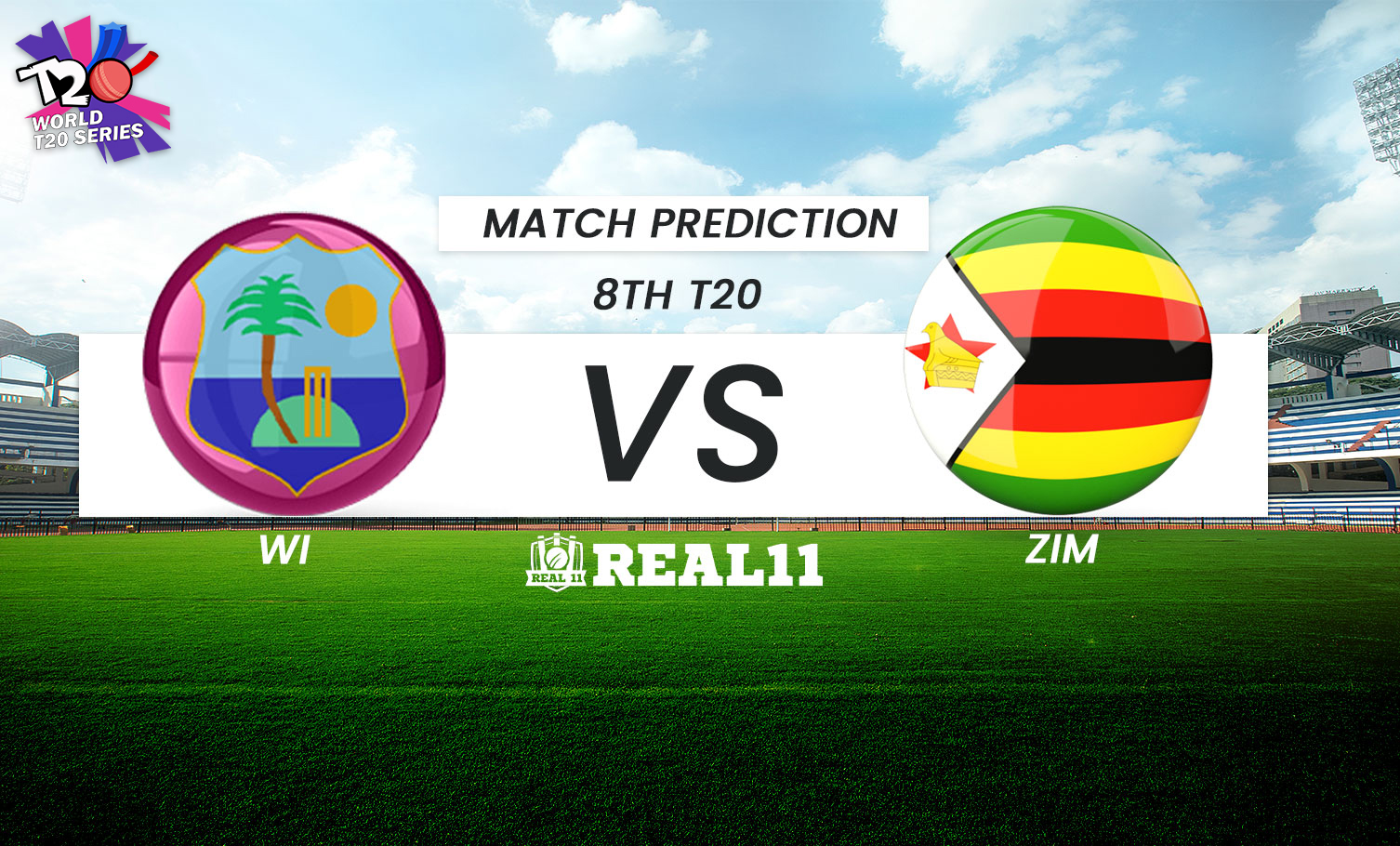 The eighth game of the World T20 Series 2022 will be held between WI and ZIM. The match is scheduled at the Bellerive Oval in Hobart on Wednesday, October 19.

Zimbabwe will be coming off a winning start in the inaugural match against the tournament against Ireland. Whereas the two-time World Champions West Indies suffered a humiliating defeat against Scotland. They now have their remaining two matches which they need to win to keep their hopes alive for a spot in the Super 12.

In the first encounter, West Indies lost to Scotland where the batting lineup failed to chase the target which resulted in their defeat by 42 runs. On the other side, Zimbabwe started a flying opener against Ireland. Ireland's side was swept out for just 143 runs while chasing a target of 174.

Bellerive Oval in Hobart is a great batting-friendly pitch. But once the ball gets old, it is helpful for the spinners. This is the reason why the skipper winning the toss might look to bowl first and later chase the total.

The weather forecast at Hobart is predicted to get cloudy on the match day but the forecast doesn't predict any rain. We expect a full uninterrupted match on that day.

(i) Nicholas Pooran (WI)- He is still in the process to prove himself as the sole skipper as well as a batter for his side. He has an average of 3 in his last 3 T20Is. But one cannot underestimate him and strike him off from the playing XI.

(i) Brandon King (WI)- He was off to a good start against Scotland in the inaugural match but unfortunately got dismissed while trying out a risky shot when he was batting on 17 runs. He is the 3rd highest run-scorer for West Indies in T20Is this year with 418 runs in 16 innings.

(i) Sikandar Raza (ZIM)- Sikandar Raza seems to be the hottest pick from the Zimbabwean team. He has been in nice contact in white-ball cricket and would be the perfect choice for your team.

(ii) Jason Holder (WI)- He played the best knock against Scotland in the first encounter but failed to save his team from losing. He took two scalps initially and later smashed a well-deserved 38 runs.

(i) Blessing Muzarabani (ZIM)- The medium pacer demonstrated his spectacular performances in the previous games which earned him a world series spot, and he will surely try to prove his value to the team.

(ii)  Alzarri Joseph (WI)- The quickie conceded runs in the first over but later made a comeback by picking two wickets in his remaining overs.

We predict West Indies to be the clear favourites to win this match. But Zimbabwe will put off a good fight and they have to give their all to win the game.