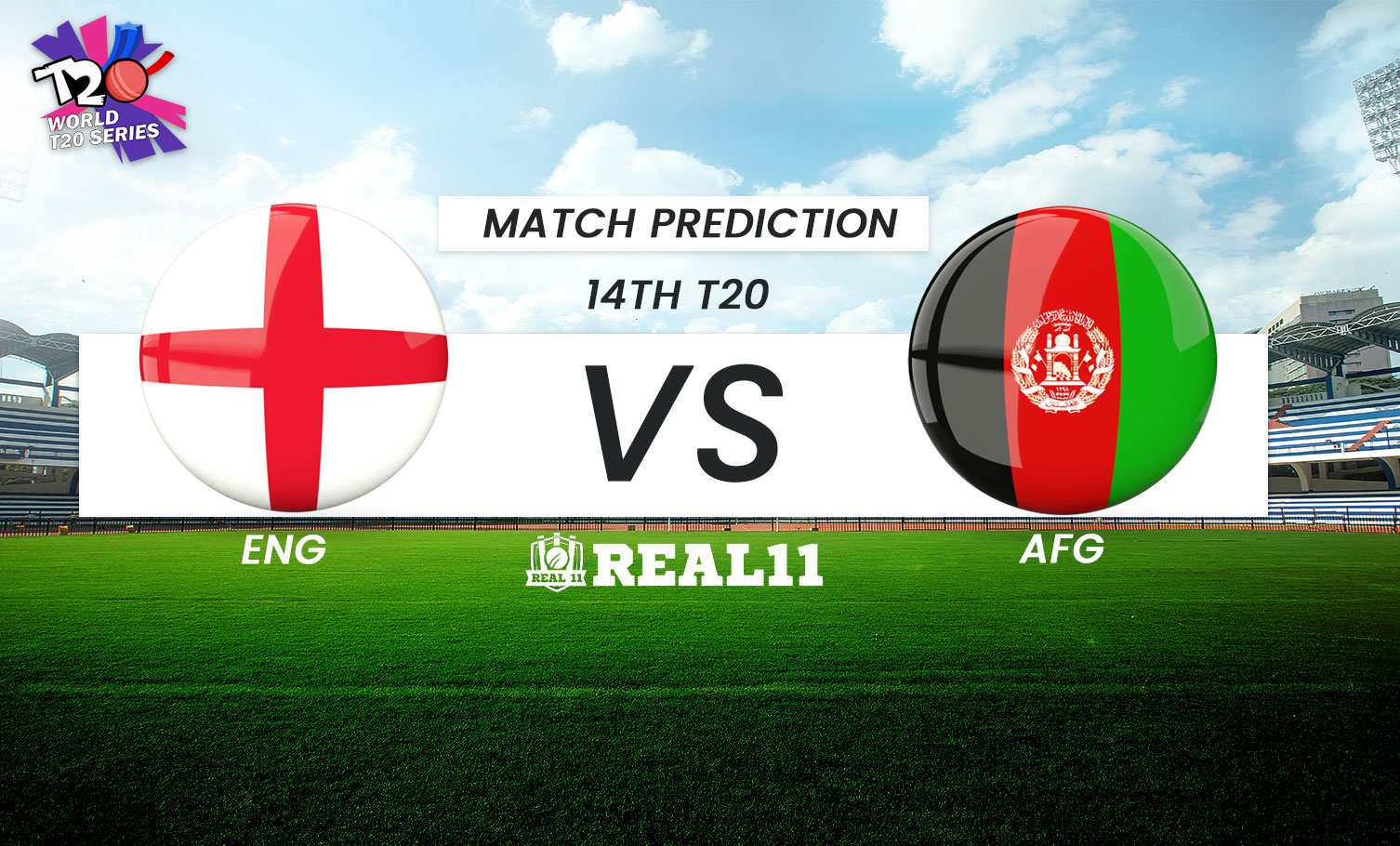 The 14th match of the T20 World Series 2022 will take place on Saturday, October 22, at Perth Stadium between England and Afghanistan. The two teams have only faced off in two T20I matches, both of which won by England. These matches took place during the World Series. In the exhibition match, England easily trounced Pakistan by six wickets. They have put up a good team and have recently won bilateral series against Australia and Pakistan.

Afghanistan, on the other side, will play their first T20I match since their Asia T20 appearance and will be hoping to have a decent tournament. In the Asia T20 group stage, they defeated Sri Lanka and Bangladesh, and then emerged victorious against Bangladesh in the exhibition match. Mohammad Nabi, Rashid Khan, and Rahmanullah Gurbaz, who participated in the Caribbean T20 League just last month, will be the team's major players in both this match and the rest of the competition.

The first T20I played between England and Australia earlier this month was the only T20I game hosted by Perth Stadium. In that match, England mounted 208 runs and won by 8 runs. This shows that the pitch can be quite helpful for the batters. The majority of the wickets that were lost in the game were taken by pacers, so occasionally the surface may be favourable for them.

Jos Butler- Jos Buttler will play in his first ICC tournament as the full-time captain of the English team. He sustained an injury during The Hundred competition, missing a few games. He made his long-awaited comeback in the three-match series against Australia this month, scoring two half-centuries.

Alex Hales: After being absent for more than two years, he returned for the English side this year. Hales has scored 218 runs at an average of 24.22 and a strike rate of 143.42 in nine games since his return, including two half-centuries.

Dawid Malan: In his last five matches for England, he has scored two half-centuries. He is the team's second-highest run-scorer with 453 runs scored at an average of 34.84 in 15 T20Is this season.

Ben Stokes: Stokes missed the last edition of the tournament and his presence will help the team a lot. In the warm match against Pakistan, he picked up a wicket and scored 36 runs off 18 deliveries with bat in hand

Mohammad Nabi: Nabi played a crucial role for Afghanistan with the bat during the warm games. He contributed to the team's 62-run victory over Bangladesh by scoring 41 runs and picking up a wicket. Afghanistan scored 154 runs in 20 overs against Pakistan thanks to Nabi's 51 runs off 37 deliveries.

Rashid Khan: He is ranked second in the Men’s T20I Rankings for bowlers with 696 rating points. In 15 T20I matches this year, the spin wizard has taken 15 wickets at an average of 24.33.

The Three Lions have been in incredible form heading into the T20 World Cup, defeating Pakistan and Australia along the way, and they have a player in Jos Buttler who has been on fire all year long.

Afghanistan, on the other side, will be the "dark horses," looking to be the monstrous killers. Expect a cracking contest between bat and ball. We predict England to win this game. 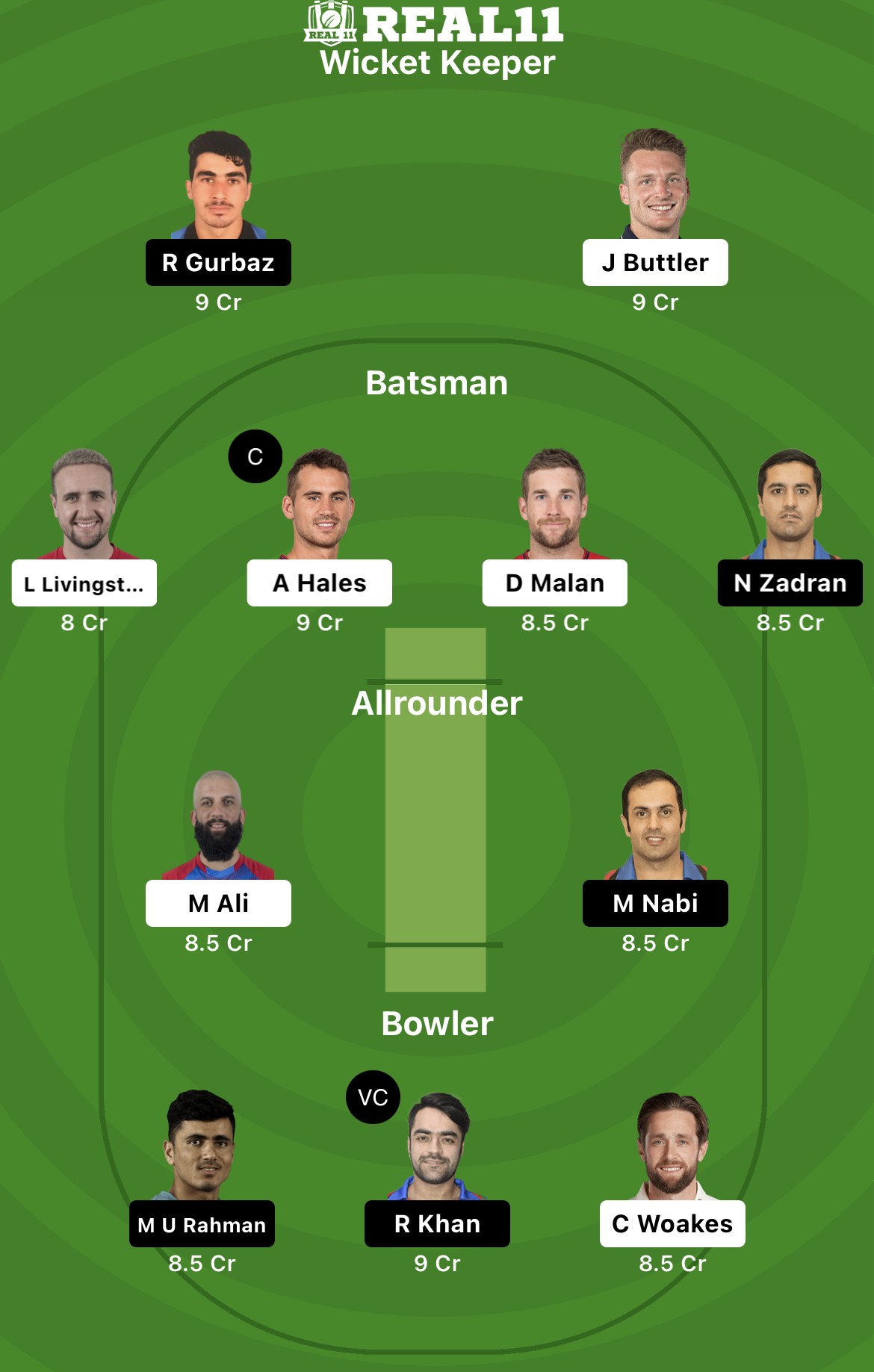