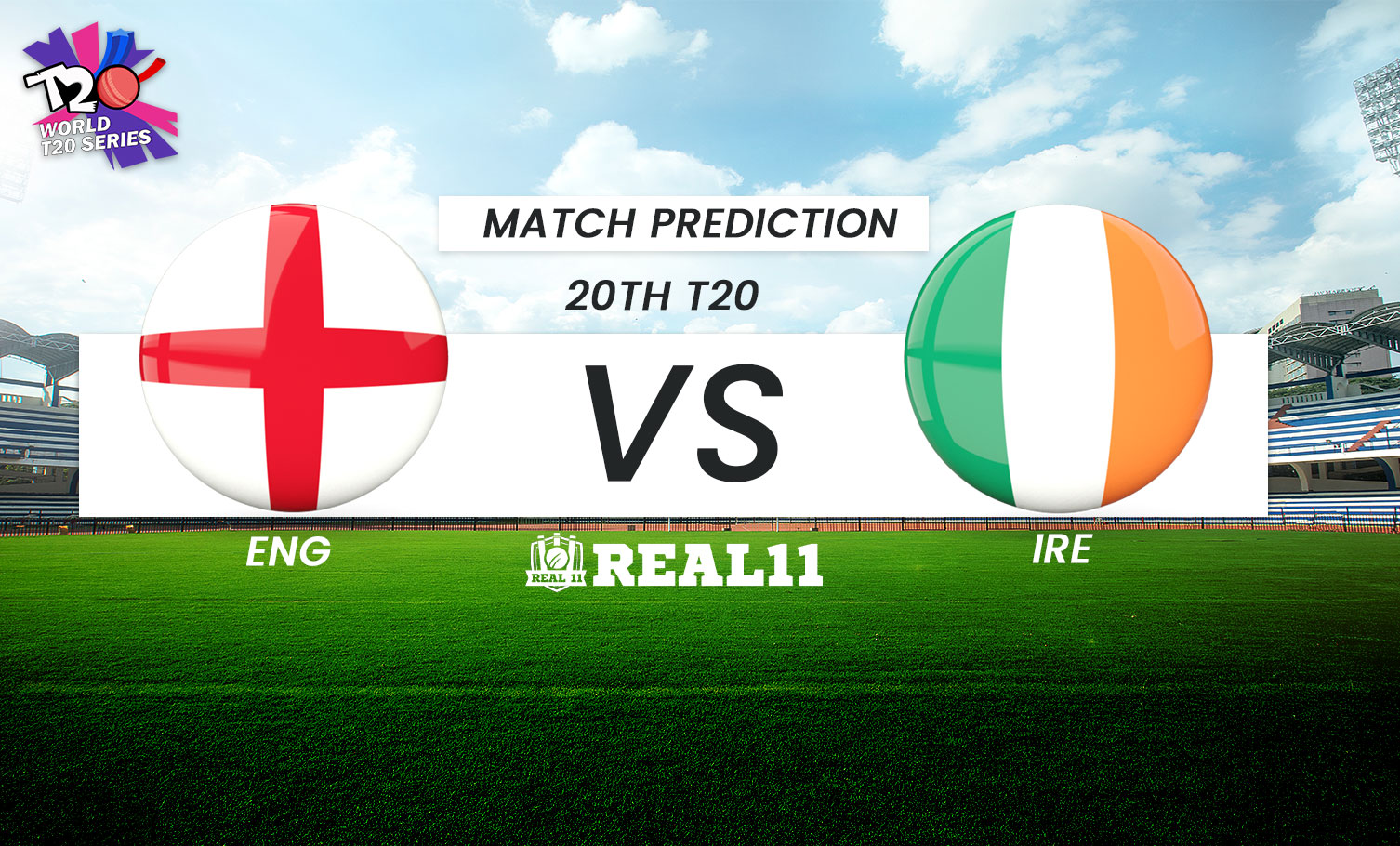 England and Ireland will cross swords for the 20th match of the T20 World Series. The match is scheduled at the Melbourne Cricket Ground on Wednesday 26 October from 9:30 AM.

England are coming off a comprehensive win against Afghanistan but still haven’t been seen as so much dominant with the bat in hand. Sam Curran was the star of the show with his five wickets haul. The opposition was just clueless about his excellent skills with the dead rubber. He was assisted by Mark Wood and Ben Stokes who also impressed with their skills and restricted the Afghanistan team to only 112 runs.  During the run chase, the England batters were not much confident. Still, they took 18.1 overs to chase the target with five wickets to spare. Prime batters like Jos Buttler, Dawid Malan and Alex Hales were uncomfortable and were on a below-average strike rate. Liam Livingstone was the saviour as he scored 29 off 21, which powered the innings. Ireland aren’t minnows at least we cannot consider them that after the way they qualified for the Super 12. So the English team need to be careful about their playing style.

Ireland on the other hand, did a terrific job as they beat the two-time World T20 Champions West Indies in the Group stage of Round 1 to swing into the Super 12. However, they lost their first match of the Super 12 against Sri Lanka and it clearly demonstrates that the competition is much tougher at this stage of the tournament. The Irish batters had no answers to the skills of the Lankan bowlers. But there was one who stood out, Kushal Mendis was the one who snatched away the game from their hands. Andrew Balbirnie and Co. now need to outclass England to keep their hopes alive in this tournament.

The venue at the Melbourne Cricket Ground is believed to be one of the most competitive pitches in the world. Everyone gets a chance to demonstrate their skills at one or the other points of the match. The pacers find their rhythm in the early stages of the match, while the batters can openly try out their strokes in the latter innings of the match. Spinners should try to make use of the bigger boundaries.

Jos Buttler (ENG)- He is a top-notch T20I batter and arguably the finest player in the England squad. Buttler was out of his usual style in the match against Afghanistan but that was a rare failure for him in T20Is and is hoping to put on his show against Ireland in this match.

Alex Hales (ENG)- The time since he made his return to the England squad, Hales has been in destructive form. He has single-handedly won several matches for England in current times. He would surely be one of the top fantasy picks to look out for.

Harry Tector (IRE)- He is a player who usually fires for the Ireland side but has still now been silent in this tournament.. He was the only batsman who tried to save the match against Sri Lanka. He smashed 45 runs against the Lankan lions and would enter confidently into this encounter against England.

Sam Curran (ENG)- The pitch at Melbourne is a pacer-friendly one, and we all witnessed Curran’s excellent form in the previous match against Afghanistan, he will surely be the top fantasy choice in this game. In the previous match, he became the first-ever cricketer from the English side to pick a fifer in T20 Internationals. The team would be hopeful that he replicates the performance in this match too.

Gareth Delany (IRE)- He is a 25-year-old Irish all-rounder. He is well-recognised for his leg spin bowling and can also come in handy with the bat whenever the team recalls him. He has been a constant asset for the Irish team in this World T20 Series so far.

Mark Wood (ENG)- As of the nature of the pitches till now, Wood with his fierce pace will definitely pose a serious threat to the Irish batters.

Ireland might have defeated West Indies in the Group stage, but getting hands on England is not everybody’s cup of tea. The Jos Buttler-led team has all the resources to outfox any team in this tournament. So, we fancy the three-headed lions to win this match.