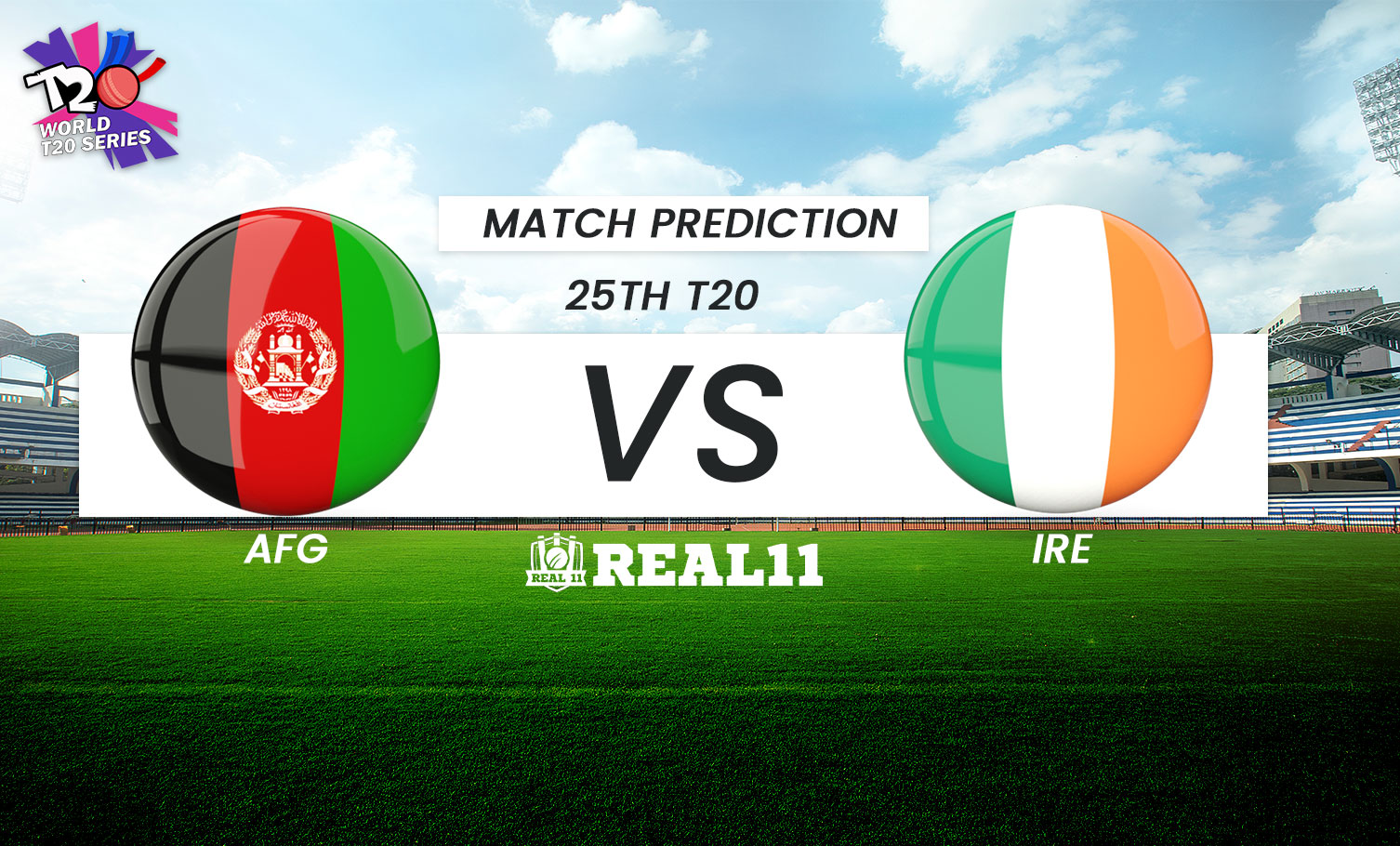 Afghanistan is scheduled to clash with Ireland in the 25th match of the T20 World Series 2022. The match will be held at the Melbourne Cricket Ground in Melbourne on Friday, October 28.

Rain is playing a crucial role in this World T20 Series as it is deciding a team’s fate. Afghanistan’s previous match against New Zealand was affected due to rain and was abandoned without a single ball being bowled. Also, they lost their inaugural game of the Super 12 against England. At this point in time, Afghanistan has just one point and is lying at the bottom of the Group 1 points table.

On the other hand, Ireland lost their inaugural match against the Lankan team but have made history by winning the second match against the mighty England team. This was a massive victory that came due to rain. Both the batting and bowling departments performed exceptionally well against England. Team Ireland have to win their remaining matches of the group stage to have some chances to qualify for the further half of the tournament.

The match between Afghanistan and Ireland will be held at the MCG stadium in Melbourne. This pitch has yielded good results for the batting side in the previous fixtures played on this surface. The fast bowlers will be benefited from the nature of the pitch as it offers good bounce and pace. However, as the game progresses, the surface tends to become slower and hence causes difficulty in scoring runs. 170 is a par score on this venue.

The weather forecast in Melbourne is predicting some downpours on match day as the sky is cloudy. But it is assumed that the match will be full and uninterrupted.

Lorcan Tucker (IRE)- He has played 5 matches in this tournament and scored 120 runs at an average of 30. He is also the safest option possible behind the wicket in this match.

Andrew Balbirnie (IRE)- The Irish captain plays a vital role in often winning matches. He smashed 62 runs off 47 balls against England as his team bought up one of the biggest upsets of the tournament so far.

Curtis Campher (IRE)- He has put up to everybody’s expectations so far. But now it is in front of the mysterious Afghan bowling lineup, so this match will be a different challenge for him.

Mohammad Nabi (AFG)- The skipper all-rounder now plays the main role for Afghanistan. The man with a golden arm will surely impress with his spin bowling, and hopefully, he will bring out important breakthroughs.

Gareth Delany (IRE)- He is the one who will get the opportunity in both batting and bowling. He will be worthy when he does his job.

Rashid Khan (AFG)- He is a seasoned cricketer in all T20 Leagues around the world. His extensive hard work and experience make him the greatest spinner in the world of cricket. He is also a part-time batter and can add quick and valuable runs to his team tally.

Joshua Little (IRE)- He is the leader of the pace bowling attack for the Irish side. With his thunderous bowling, he would definitely come in handy on the Melbourne wicket. He has taken 6 scalps in 5 games so far.

The way Afghanistan was performing in the last tournaments. They lack a good pace attack and this is one of the greatest disadvantages they are facing on the Australian pitches. The Afghan side has a good batting lineup but they need to perform well in order to win matches in this World T20 Series. Ireland will be coming into this contest, riding high on confidence as they have been on the better side of a historical event. Also, their batters are in sublime touch. Thus we put them ahead of the Afghans and are the favourites to win this match.