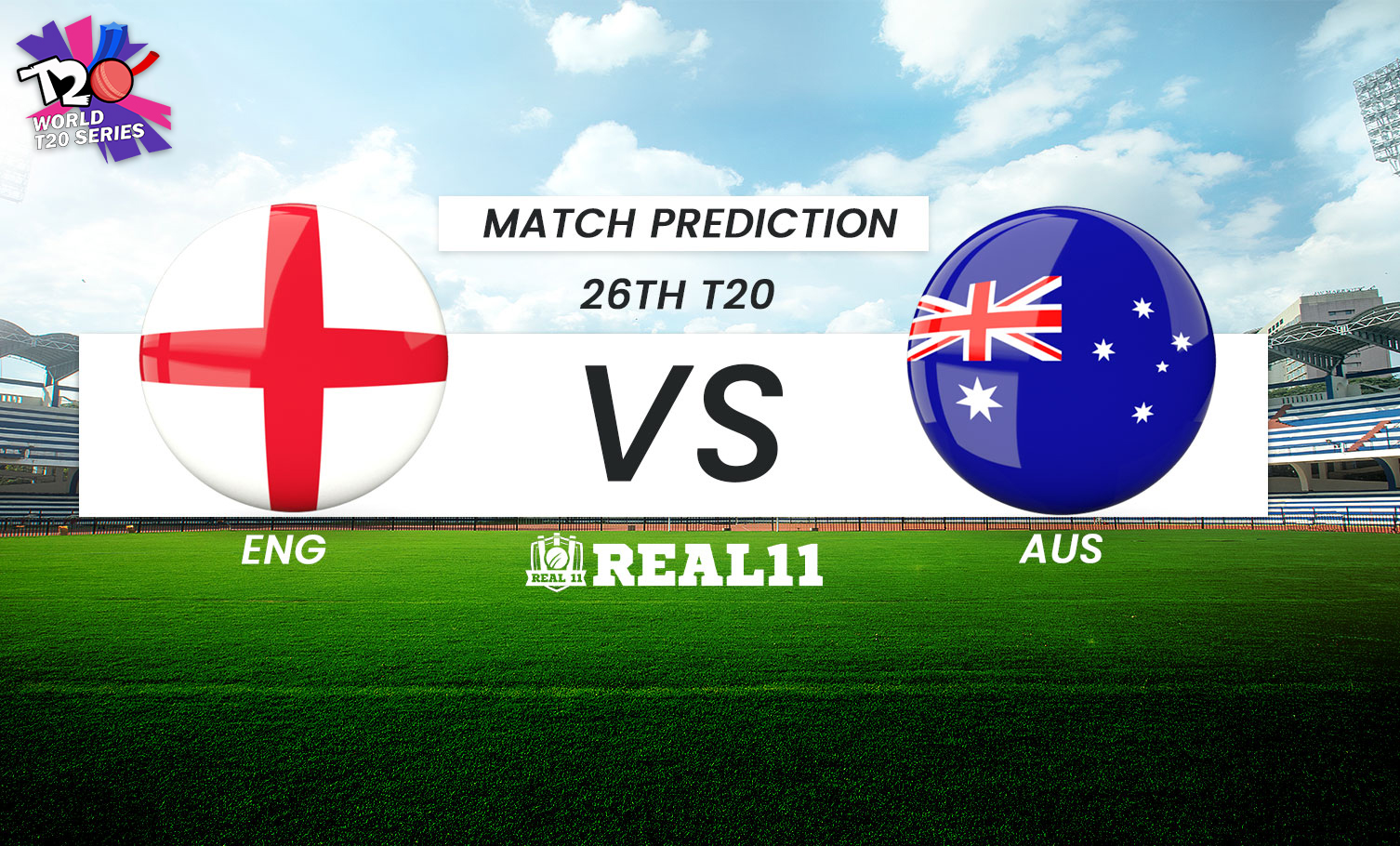 England are going to face their arch-rivals Australia who are also the hosts of this season’s World T20 Series. The match is scheduled at the MCG stadium in Melbourne.

England are coming off an extreme humiliating loss against Ireland in the last match while the Australian team defeated Sri Lanka to mark a strong comeback after their inaugural loss against the Black Caps. This is a vital match for both teams if they want their way to the semis. A win in this match will put either of them at the top of the Group 1 Point table and a loss could trap them in a tricky position where the Net Run Rate will play a crucial role in their selection at the further stage of the tournament.

The Aussies led by Aaron Finch produced an absolutely crackling display against Sri Lanka. They were in need of a win by a greater margin as their NRR was way negative as of that loss against New Zealand. The win against the Lankans healed some of their NRR. Now they will be facing their arch-rivals and will probably try to get a better result in order to get to the top.

On the other hand, the Irish side tamed the three-headed lions in the previous match and now team England are in a vulnerable condition in the points table as well. Alex Hales has looked to be quite slow in order of strike rate which has resulted in putting more pressure on his teammates. The ace all-rounder Ben Stokes has also failed to surprise us with his performance and has an average of just 10.74 in four innings. England players need to fire up in order to win and get the momentum back in this tournament.

The match between England and Australia will be held at the MCG stadium in Melbourne. This pitch has yielded good results for the batting side in the previous fixtures played on this surface. The fast bowlers will be benefited from the nature of the pitch as it offers good bounce and pace. However, as the game progresses, the surface tends to become slower and hence causes difficulty in scoring runs. 170 is a par score on this venue.

The weather forecast in Melbourne is predicting some downpours on match day as the sky is cloudy. But it is assumed that the match will be full and uninterrupted.

Jos Buttler (ENG)- The captain of the English side has not been in his best form in this World Series so far and has scores of 18 and 0 in two innings. He will surely try to get back his spark against the hosts and defending champions.

David Warner (AUS)- He is also frustrated with his form because of his poor performance in the last two games. This may be the perfect opportunity for him to turn back and guide his team to success.

Marcus Stoinis (AUS)- He is also becoming a regular one with the ball and is destructive at times as we witnessed against Sri Lanka. And we know what he can do with the bat.

Sam Curran (ENG)- He has picked 7 wickets so far from 2 games in this tournament including a five-for. He has been playing the role of a death bowler at times and is doing his job quite well. He is also good with the bat and can finish matches which makes him a favourable choice for the role of captain or vice-captain.

Josh Hazlewood (AUS)- The world’s number one bowler will be playing a very crucial role, as he will be bowling in all three phases of the game. He is lethal with the new ball in the powerplays and we can expect him to take away timbers in this match.

Mark Wood (ENG)- The Express pacer might enjoy the thrill of bowling on the fast-paced track of Melbourne Cricket Ground. He will be the probable leader of the bowling pack and has picked wickets lately in most of the matches. We can expect a good display of pace from him.

Australia knows Melbourne’s surface very well and also will be confident since they defeated the Lankan in their last game. England still now have not proved their domination in this T20 World Series 2022. Both teams will try to get on the top but based on the circumstances we predict the hosts to win this match.